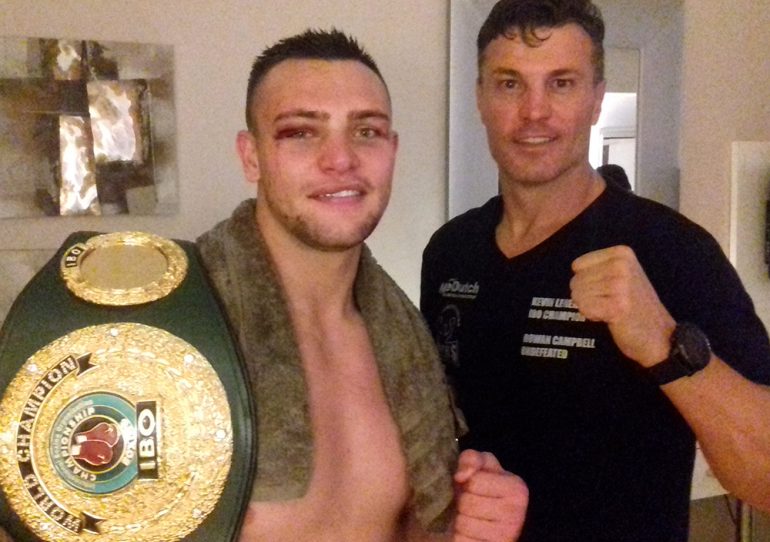 Another fight, another win for cruiserweight Kevin Lerena, who traveled far from his native South Africa to get it.

Lerena, who is rated No. 8 by THE RING at 200 pounds, dropped Roman Golovashchenko once en route to a 12-round unanimous decision victory Saturday night at the Sarhadci Olympic Center in Baku, Azerbaijan.

Golovashchenko, a 30-year-old Ukrainian who resides in Weissenfels, Germany, won the opening two rounds by closing the distance and putting southpaw Lerena on the defensive. But Lerena weathered the storm and began to counter Golovashchenko who looked fatigued as the middle rounds approached.

Midway through the fifth, Lerena suddenly dropped Golovashcehnko (19-2, 17 knockouts) with a left hand to the head, although he was unable to finish his opponent off.

From there, Lerena, who resides in Johannesburg, mixed his attack, initiating exchanges against the plodding Golovashcehnko, or waiting to counter with two or three-punch combinations.

Sensing he was down late in the fight, Golovashchenko rallied during the final two rounds, but Lerena had accumulated enough points for the win.

The 26-year-old Lerena is ranked No. 4 by the IBF and No. 6 by the WBC. He is promoted by longtime South Africa promoter Rodney Berman.