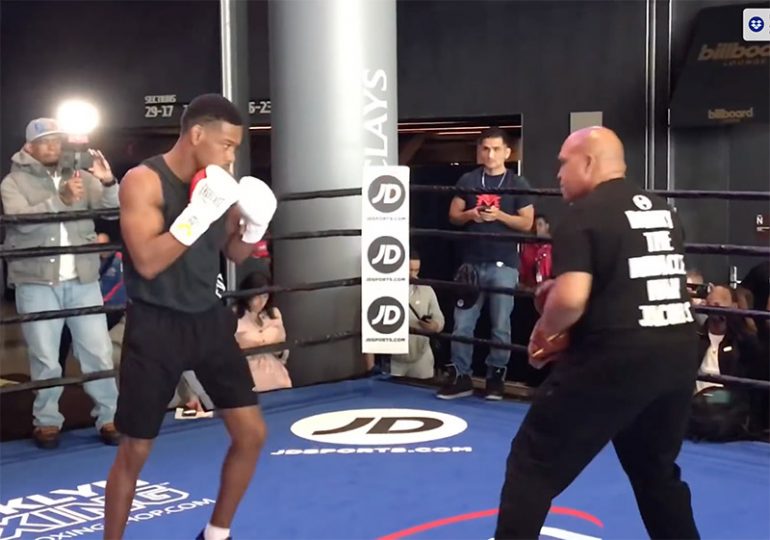 NEW YORK — Danny Jacobs showed a bit more of his speed and power Wednesday at the Barclays Center’s Atrium as he worked out for the media before Saturday’s fight against Maciej Sulecki.

Jacobs (33-2, 29 knockouts) will be fighting in his home borough of Brooklyn for the first time since 2015 and is expecting to have a partisan fanbase on hand in the HBO main event.

“It’s a great comfort, and I think I’m past that point where it brings pressure fighting in my hometown,” said Jacobs, who is aiming for his second straight win after a close loss to unified middleweight titleholder Gennady Golovkin last year.

“I believe it adds more of a motivation factor to see my family and friends and everyone in the crowd supporting me, to hear that ‘Brooklyn’ chant. There’s nothing better than that when you’re a Brooklynite.”

Sulecki (26-0, 10 KOs) is likely to have a few fans of his own in the building, given the venue’s proximity to Polish neighborhoods in Greenpoint and other areas around Brooklyn. Sulecki, who is three years younger at 28, is from Warsaw, Poland, but has fought several times in the U.S., most notably in 2016 when he stopped the previously unbeaten Hugo Centeno Jr. in 10 rounds in Chicago.

In the above video, taken by THE RING’s Ryan Songalia, Jacobs works the mitts with trainer Andre Rozier.