Anthony Joshua-Deontay Wilder: Let’s get it on 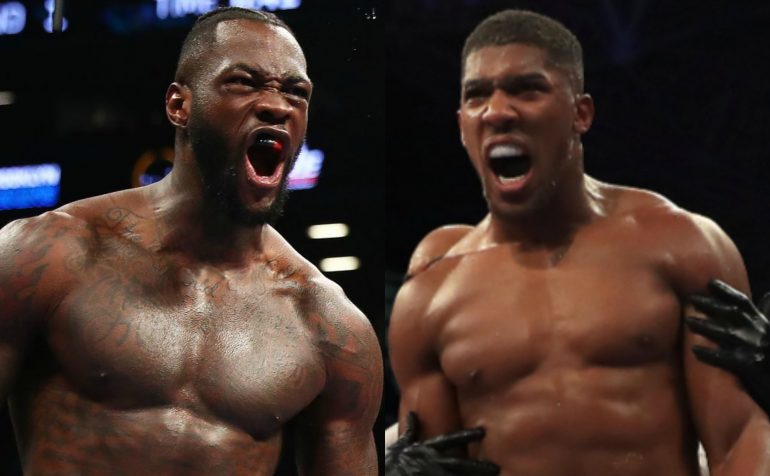 OK, the heavyweight unification fight failed to dazzle at the weekend, but the good news is that Anthony Joshua vs. Deontay Wilder is still the biggest fight in world boxing.

Joshua’s unanimous decision victory over Joseph Parker was hardly Evander Holyfield-Riddick Bowe in terms of pace, but maintaining your comfort level over 12 rounds and leaving the ring unscathed is a good thing. It’s another box ticked for Joshua, who completed the distance for the first time after halting 20 consecutive opponents.

And this was not the first time a heavyweight knockout artist fell short of the enormous expectations he’d set for himself. In 1987, on his path to becoming undisputed champion, a peak Mike Tyson won listless decisions over James “Bonecrusher” Smith and Tony Tucker to win WBA and IBF titles respectively. Both fights took place at the Hilton Hotel in Las Vegas and fans booed mercilessly. It happens!

The bottom line is that Joshua and Wilder would enter the ring with a combined record of 61-0 (59 knockouts). I’m not what you would call a betting man, but I’ll hazard a guess that the judges could take the night off. The two biggest hitters in the division, each with their own vulnerabilities, in a shoot-out for the IBF, WBA, WBC, WBO and – as things stand – RING heavyweight championships.

Initiation is over, it’s time for either Joshua or Wilder to enter “Club Undisputed”: 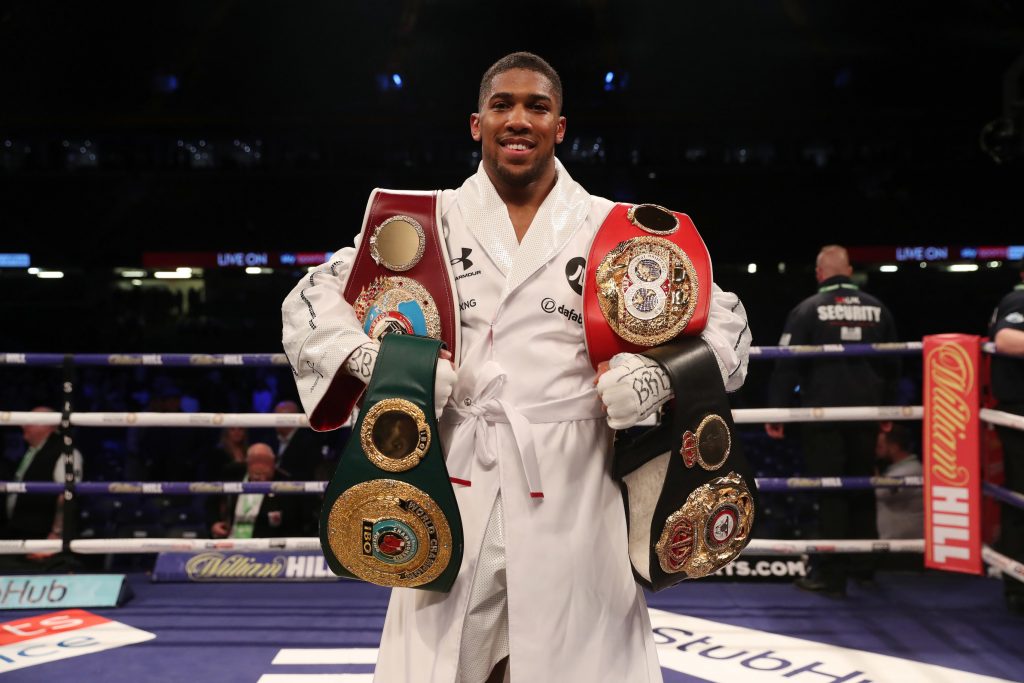 The winner of Joshua-Wilder would become the first undisputed heavyweight champion of the world since Lennox Lewis defeated Evander Holyfield in November 1999. Yes, that’s Lennox Lewis – not Mike Tyson, not Leon Spinks – LENNOX LEWIS! Hardcore fans would love to have one champion in every weight class but that’s not going to happen. However, if we could have one champion in boxing’s glamour division, then that would be an enormous boost for the sport. We should live in a world where everyone knows who the heavyweight champion is and Joshua versus Wilder would make that happen. Tyson Fury would still lay claim to the lineal title, but we can only take the Englishman seriously once his comeback gets underway in earnest.

WILDER HOTTER THAN EVER 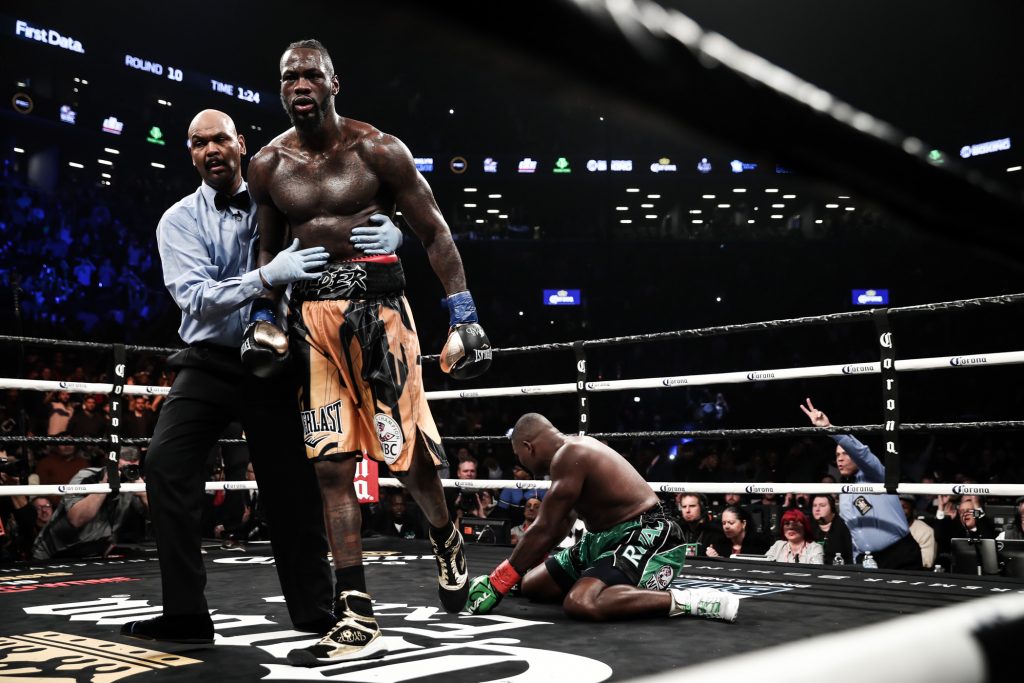 “The Bronze Bomber” went through a two-year period where he fought like someone had painted his eyes shut. He still produced the bone crunching knockouts, but his performances were technically inept and erratic. All that changed in November when he boxed Bermane Stiverne for a second time. Granted, the challenger came in at late notice, but Wilder absolutely destroyed the Haiti-born veteran, dropping him twice before knocking him cold with a right hand. The bout did not last three minutes. Next up was unbeaten southpaw Luis Ortiz and what a fight! Ortiz survived a fifth-round knockdown to smash his opponent all over the ring in a dramatic seventh. Miraculously, Wilder not only survived; he closed the show with a brutal attack in Round 9. Wilder is currently in the best form of his career and has the results to prove it. 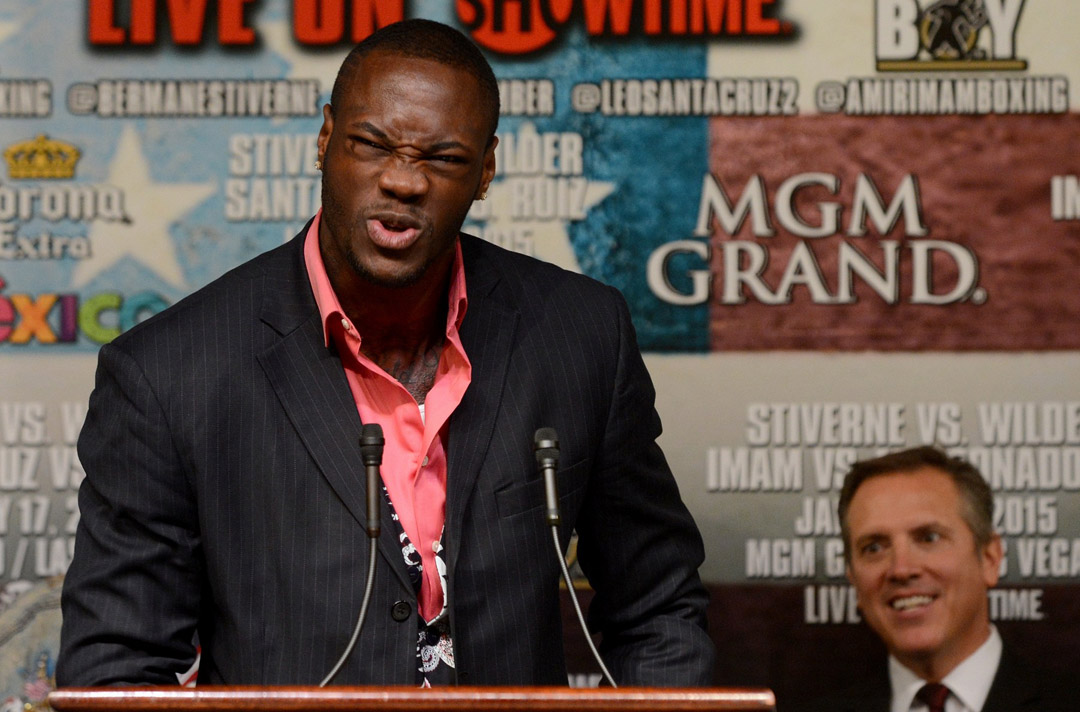 Joshua has what appears to be a chilled-out disposition. The Englishman can be hostile when threatened but, even then, his delivery is calm and contained. Maybe that’s his nature, maybe he’s protective of his reputation or both. Joshua received an MBE from Prince Charles, he’s an official Sky Ambassador and he has myriad sponsorship deals with the likes of Jaguar and Under Armour. It doesn’t pay to act like an idiot. Wilder, on the other hand, in a moment of complete madness, recently uttered the phrase “I want a body on my record” and justified that crock of shit by highlighting his “Bronze Bomber” alter ego. Over the past several weeks, the sport has been shaken to it’s very foundations by ring fatalities and we don’t need that. Every fight fan likes a bit of needle and Joshua-Wilder will undoubtedly deliver in that regard. There’s just a line you don’t cross.

WHAT SIDE OF THE POND? 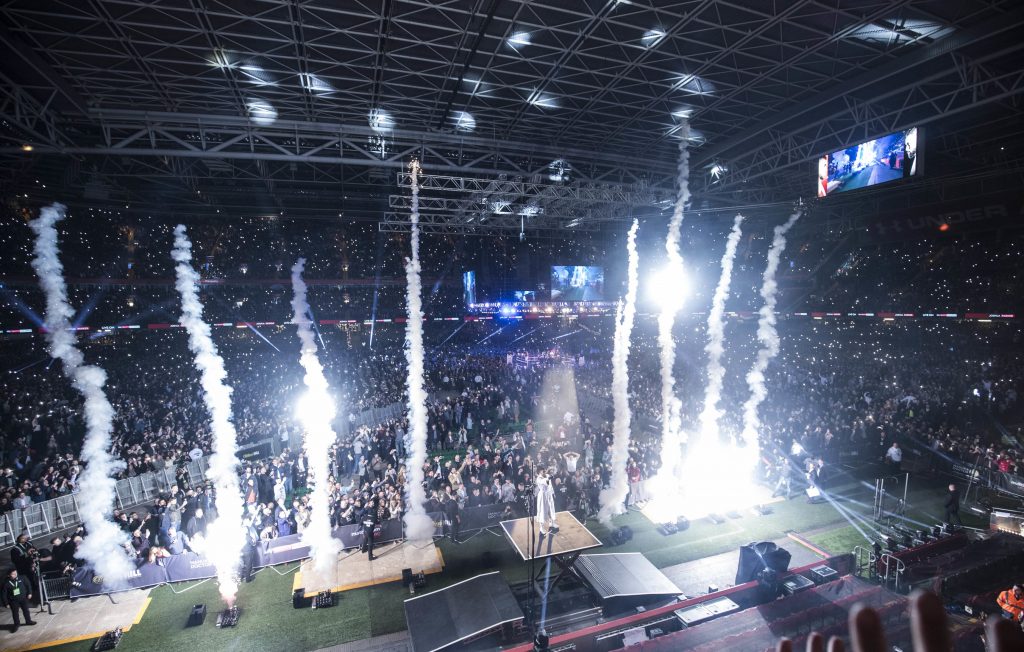 In less than one year, Joshua has shifted a combined quarter-of-a-million tickets from three fights in the U.K. That’s insane! Last month, Wilder fought Ortiz in front of 14,000 fans – a very respectable number – at the Barclays Center in Brooklyn. To put things in perspective, Wilder would need to fight Ortiz another 18 times to match Joshua’s figure. However, that doesn’t mean Joshua-Wilder is destined to take place on U.K. soil. At this point, Joshua could easily take his show on the road and a boxing hotbed like Las Vegas would shell out a proverbial fortune to stage a battle for the undisputed heavyweight championship. Joshua could conceivably take tens of thousands of Brits on tour and Wilder would not be without support in the first Anglo-American unification fight since Lewis-Holyfield II. London? Las Vegas? Who the hell cares? Let the powers at be do the math and pick what’s best for the fighters.

Six months ago, I would have said Joshua and laughed disdainfully but that’s changed. Wilder has quick feet, awkward athleticism, warrior heart and he has the potential to knock out any man on the face of the earth. I would still pick Joshua to win but with great trepidation. The Englishman has better technical craft, he punches straighter and he should be able to counter punch Wilder to pieces. But, with that said, it only takes one shot when both guys carry this much artillery. You just don’t know what will happen when these two get together and that’s why this is a must-see fight. Let’s learn from prior mistakes when big showdowns have lost their luster and get this one nailed on immediately.