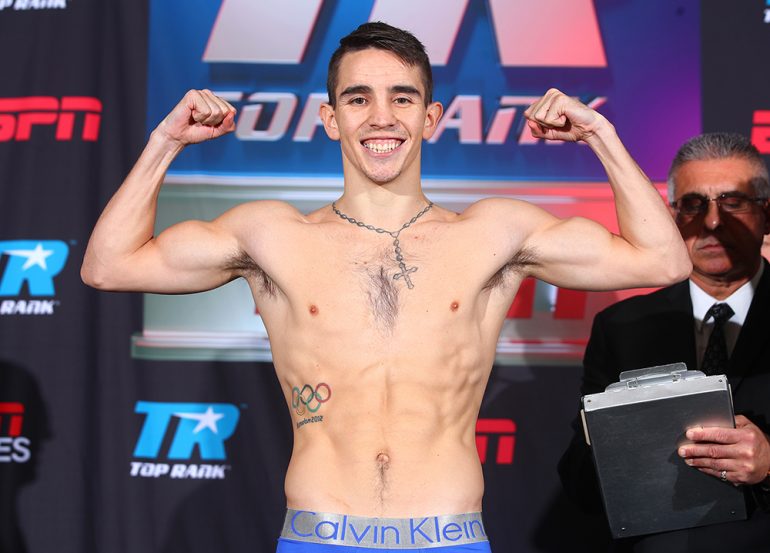 NEW YORK — They didn’t call it the main event, but Mick Conlan was the man the fans came to see.

It was Conlan’s first time fighting since switching trainers to Adam Booth and relocating to London, and he showed a more versatile boxing approach in the four minutes of action. Conlan (6-0, 5 knockouts) of Belfast, Northern Ireland, switched southpaw and landed a left uppercut to the midsection to score the first knockdown just before the end of the first round.

It was all over from that point, as Berna went back down from another body shot shortly into the second and was stopped along the ropes as referee Eddie Claudio stepped in at the 1:00 mark.

Conlan looked far better against Berna (15-3, 14 KOs) than he had in his last bout, an uneven shutout win over Luis Molina in December. Afterward he switched from trainer Manny Robles to Booth, who had previously trained David Haye and George Groves.

“I thought he looked terrific. This guy was supposedly a big knockout guy, but he didn’t look like it,” said Conlan’s promoter, Bob Arum.

“Mick will be fighting five to six times a year, but we’ll see as we go on.”