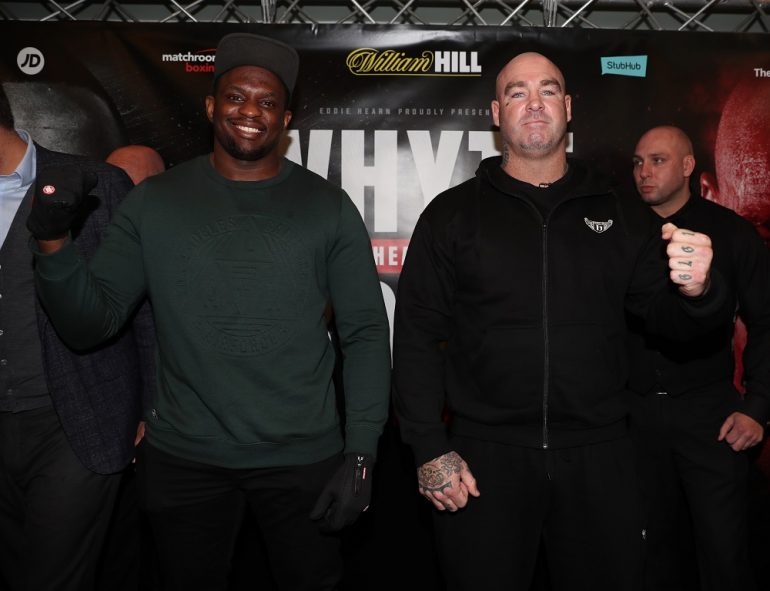 HBO is showing their commitment to the heavyweight division ahead of a possible Anthony Joshua signing.

The network picked up the American TV rights to the March 24 heavyweight title between Dillian Whyte and Lucas Browne, HBO announced Thursday.

The HBO Sports team will be on-site at the O2 Arena in London to call the action between heavyweight contenders, with the winner well-position to earn a shot at either Joshua or Deontay Wilder in the near future.

The fight will be televised live, starting at 6 p.m. ET, with a same-day replay at 10 p.m.

Whyte (22-1, 16 knockouts) suffered his lone pro defeat in a 2015 meeting with Joshua. “The Body Snatcher” found success early before succumbing in the seventh round following an right uppercut knockdown.

The 29-year-old Brit produced one of the best fights of 2016 against Dereck Chisora, and Whyte figures to be party another action bout against “Big Daddy” Browne, a rugged big man from Australia.

Browne (25-0, 22 KOs) held the WBA’s secondary title after he defeated Ruslan Chagaev before repeated positive drug tests revealed banned substance use. The 38-year-old was stripped and suspended, and his career was derailed.

A win over Whyte could put everything back on track, though he’s the underdog facing THE RING’s No. 7 heavyweight.

The promotion has been filled with plenty of trash talk from both sides. Now, American fight fans will able to see if the bout lives up to the hype.