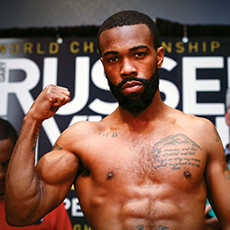 Joseph Diaz Jr. has been calling for a fight with Gary Russell Jr., and soon enough, he’ll get his wish.

The WBC ordered the featherweight title fight on Monday between Russell, it’s longtime 126-pound titleholder and Diaz, the organization’s No. 1 contender. Al Haymon, who manages Russell, and Golden Boy Promotions, Diaz’s promoter, are currently in negotiations to stage the fight in either May or June, a source with knowledge of the talks told THE RING.

The sides have 30 days to complete a deal, and if they’re unable to come to an agreement, a purse bid will be ordered.

One possibility for the featherweight title clash is May 19 in Brooklyn, New York, when Keith Thurman will return to defend his welterweight titles on Showtime.

No matter where the fight takes place, it shapes up as intriguing bout between a fighter on the rise and an established champion who rarely competes.

“Gary, let’s make the fight happen, enough waiting around, enough games, let’s sign the contract and give the fans the fight,” Diaz (26-0, 14 knockouts) said after he scored a third-round knockout of Victor Terrazas last month.

Diaz, a 2012 Olympian from Southern California, is rated No. 7 by THE RING at featherweight, but he’s yet to face a fighter the ilk or Russell, a fellow Olympian.

Russell (28-1, 17 KOs) possesses perhaps the fastest hands in the sport, and plenty of power in those fists, but he’s been plagued by inactivity. He’s fought only once each of the past three years, a total of 13 rounds over that span.