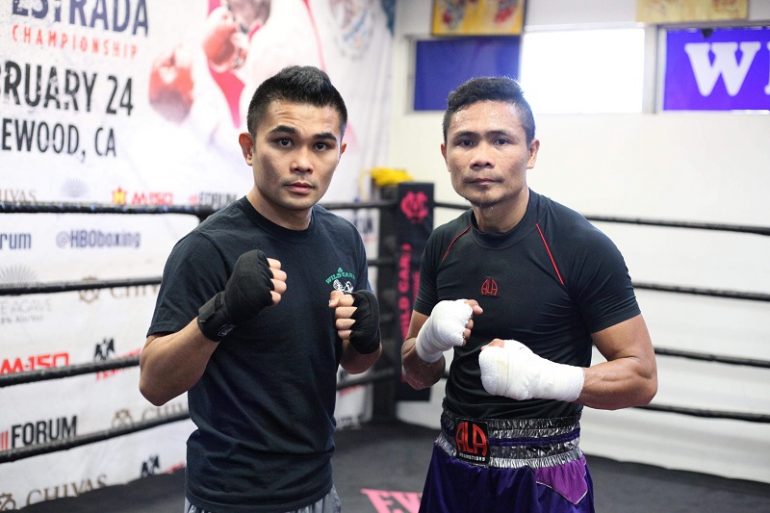 Brian Viloria and Donnie Nietes have a lot in common. They both share a common Filipino heritage and have fought hard for attention and respect as long-time champions in the sport’s lightest divisions.

And in their mid-30s, they both find themselves at a vital junction in their careers, this Saturday, at The Forum in Inglewood, California.

Nietes will make his HBO debut on the “SuperFly 2” card in defense of his IBF flyweight title against mandatory challenger Juan Carlos Reveco, while Viloria vies for the vacant WBA flyweight belt on the non-televised portion of the card against Artem Dalakian.

For Nietes, 35, it’s his first opportunity on a major U.S. TV network after spending much of his career defending belts in his native Philippines. Viloria, a former titleholder at 108 and 112 pounds, could be looking at his final attempt at reclaiming past glory, at age 37.

Both are training at the Wild Card Boxing Club and they had worked together previously in 2016, when Nietes was training for his flyweight debut against Edgar Sosa. They figured there isn’t much better sparring to be found in the area than against fellow champions.

“Great work. We try to help each other prepare. We put our egos aside. I know how easy it is to try to outdo each other when you realize that there’s another world champion in your same division that you’re sparring against. Not with Donnie, we try to keep it an honest day’s work,” said Viloria of sparring with Nietes.

Viloria (38-5, 23 knockouts) knows how sparring against other high-profile fighters can get out of control at times, like when he banged out with Giovani Segura in the gym. Both brought something to prove, figuring they could some day end up as opponents where it counts. They eventually fought in the Philippines years later, with Viloria winning by eighth round stoppage.

“Sometimes in other training camps I’ve had, not in this one, the egos fly and people try to knock each other out because he’s a world champion; I can say I’ve knocked him out in sparring,” said Viloria, who was born in Hawaii and raised for five years by his grandparents in Narvacan, Ilocos Sur, Philippines.

The two sparred four rounds each, about three times a week, Viloria’s trainer Marvin Somodio says, with both cycling in different partners. It was work Nietes (40-1-4, 22 KOs) found helpful as he expects Reveco to be similar to Viloria in style.

“It’s the best to have a guy like Brian (in sparring) because he is great fighter and great champion,” said Edito Villamor, Nietes’ trainer. “When you spar him, it’s like you’re fighting on top of the ring and can give yourself more confidence.”

“The good thing is they are professionals. They know how to work; they don’t kill each other. They just teach other to be alert. Once you make a mistake, you have to pay,” said Somodio, Freddie Roach’s handpicked protege, who is also from the Philippines.

Viloria holds Nietes in high regard and is happy see him finally get his shot on a major network.

“Oh most definitely one of the most underappreciated fighters,” said Viloria of Nietes. “The lack of attention the lighter weight divisions has had to endure through the years has overlooked fighters such as Nietes. But now we have the opportunity to showcase our talents to a wider audience, thanks to HBO, the respective promoters and other networks all over the world.”