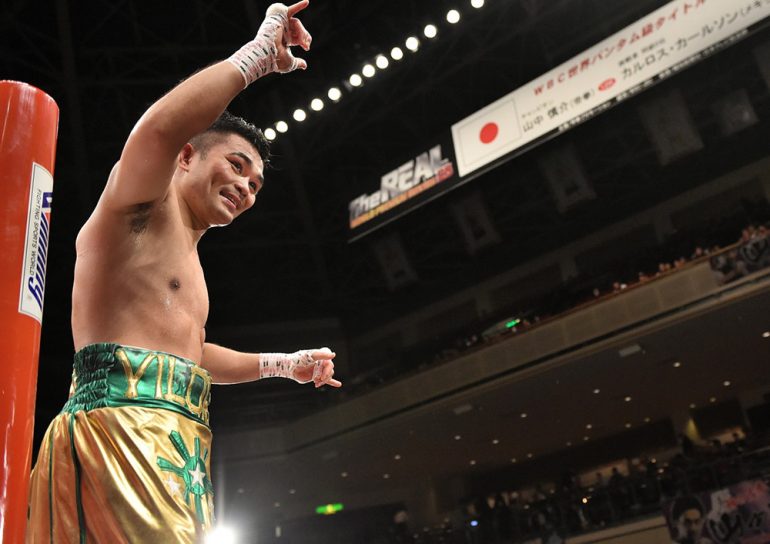 It’s been nearly five years since Brian Viloria was a world titleholder. It’s the longest period of his career in which he hasn’t had a belt to carry to the ring since he turned professional following his run in the 2000 Olympics representing the United States.

Much has happened for Viloria since, including becoming a father for the first time, when he and his wife Erica welcomed their son Tyler Braden, who turns 4 this coming May. He’s won a few fights, lost one against then-pound-for-pound champ Roman Gonzalez, then came back after 15 months to win two more.

He’s 37, with his memorable victories over the likes of Ulises Solis, Giovani Segura and Hernan Marquez behind him. He’s won titles, lost them surprisingly, and won them again just as surprisingly. In the valleys of his career, he’s wondered whether he still had it in him to step into the ropes and be “The Hawaiian Punch.” 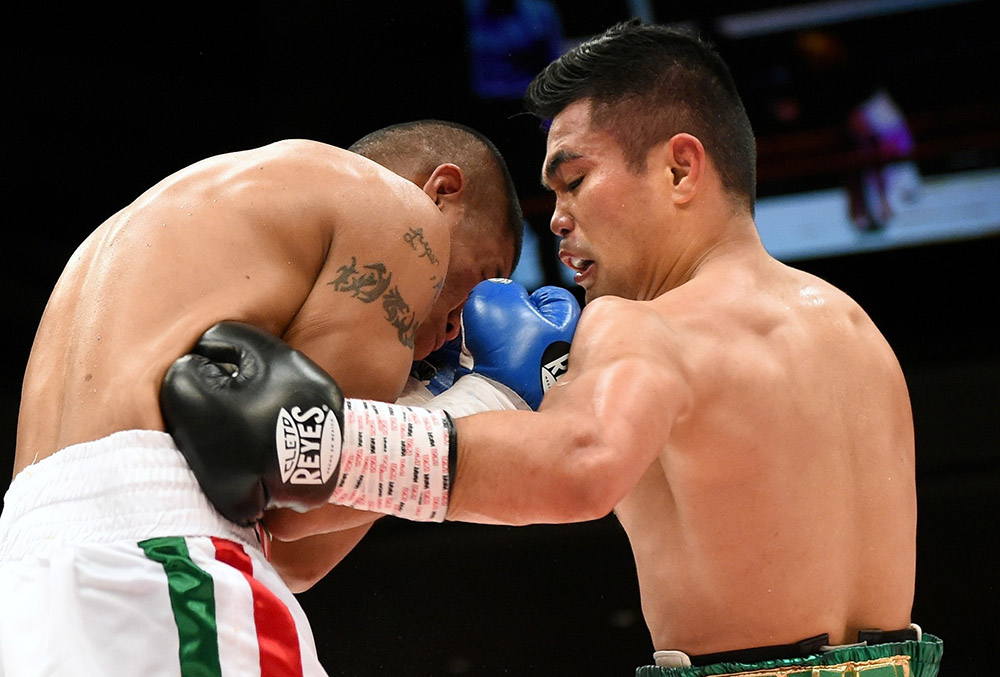 “I’d be lying to you if I told you that there hadn’t been times that I’d sat down and told myself, ‘You know, I think you should hang it up right now,’” said Viloria, a two-time junior flyweight titleholder and former unified flyweight champion.

He can recall the first time he had that conversation with himself, back in 2005, when he stopped Ruben Contreras in six rounds and then waited, hoping Contreras would come out of his coma. He did, thankfully, and Viloria dedicated his next win — a first-round knockout of Eric Ortiz for the WBC junior flyweight title — to Contreras as he sat at ringside.

“I told my management at that time that if Ruben Contreras doesn’t come out of that situation, that was it for me,” said Viloria.

Each time he contemplated retirement, the seduction of the ring drew him back.

“When I did spend time and reflect, and spent time to think of the next steps in my life, it always came around to wanting to go back to the gym and box. I always felt I was born to do this,” said Viloria (38-5, 23 knockouts).

“That passion and that fire has always been there. I think that’s what’s always been keeping me going at it at this age.”

This Saturday, Viloria will try to raise his hand as champion once more when he faces Artem Dalakian (15-0, 11 KOs) at The Forum in Inglewood, California for the WBA flyweight title recently vacated by the now-retired Kazuto Ioka. The fight, which is part of the untelevised portion of the “SuperFly 2” card on HBO, offers him a chance to do more than impress network execs.

And of course, there are those who call him a “dinosaur” who is “old now” and “way past his prime” to get him fired up, he says. 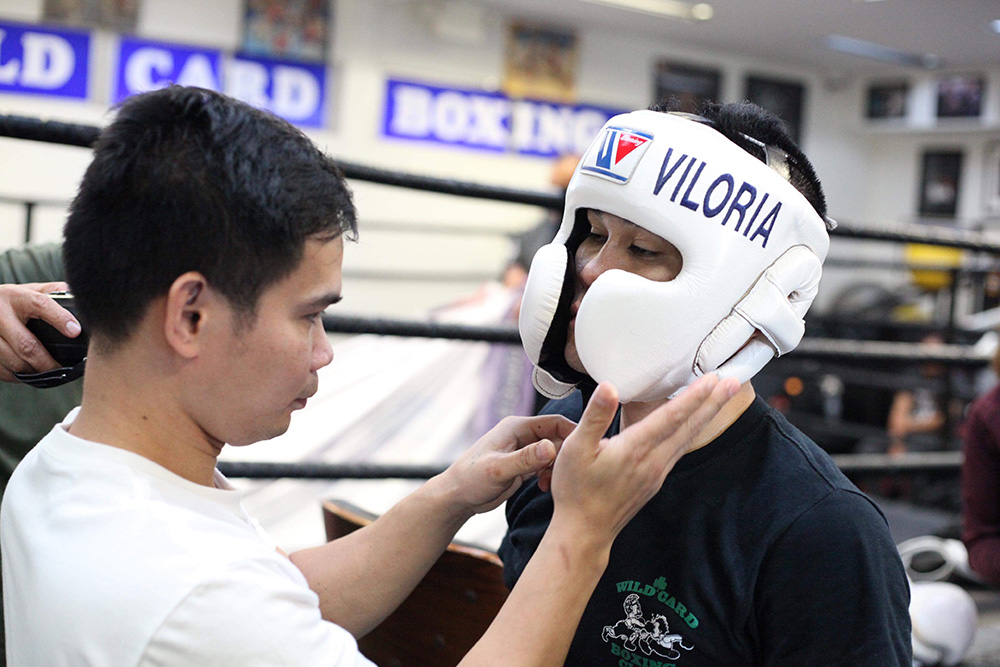 “For me, knowing that they’re out there, it motivates me to prove them wrong. I think I function a lot better when there’s a lot of people doubting me and saying that I can’t do it,” Viloria adds.

The Azerbaijan-born Dalakian has not fought anyone the caliber of Viloria since turning pro in 2011, and will be fighting outside of Ukraine for the first time as a pro. Viloria describes Dalakian as a “Darchinyan-type fighter” with a European style of holding his hands out in front to maintain distance — a style that he had seen more in the amateurs than as a pro. For this camp Viloria sparred with IBF flyweight titleholder Donnie Nietes, among others, at the Wild Card Boxing Club in Los Angeles.

Trainer Marvin Somodio has been watching Viloria closer than anyone else leading up to this fight and the handpicked Freddie Roach-protege has liked what he’s seen.

“I think this time he’s looking good in training camp and he’s more motivated. Last fight he was OK, just not that serious. This time he knows it’s already a world title fight and this is like make or break,” said Somodio, who, like Viloria’s parents, hails from the Philippines.

“For me, if he doesn’t win this fight, then it’s over. But I’m confident that he’s gonna win this title, the way that he trains and he spars.”

Viloria says his key to remaining viable at an age when flyweights are supposed to be finished is that he stays in shape between fights, an adjustment from his younger days when he says he would cut 20-30 pounds during training camp. If he has any regrets in his career, it was making fights harder than they had to be because of his struggles making weight, he says.

“For me, I guess I learned more going through it than being told,” said Viloria. 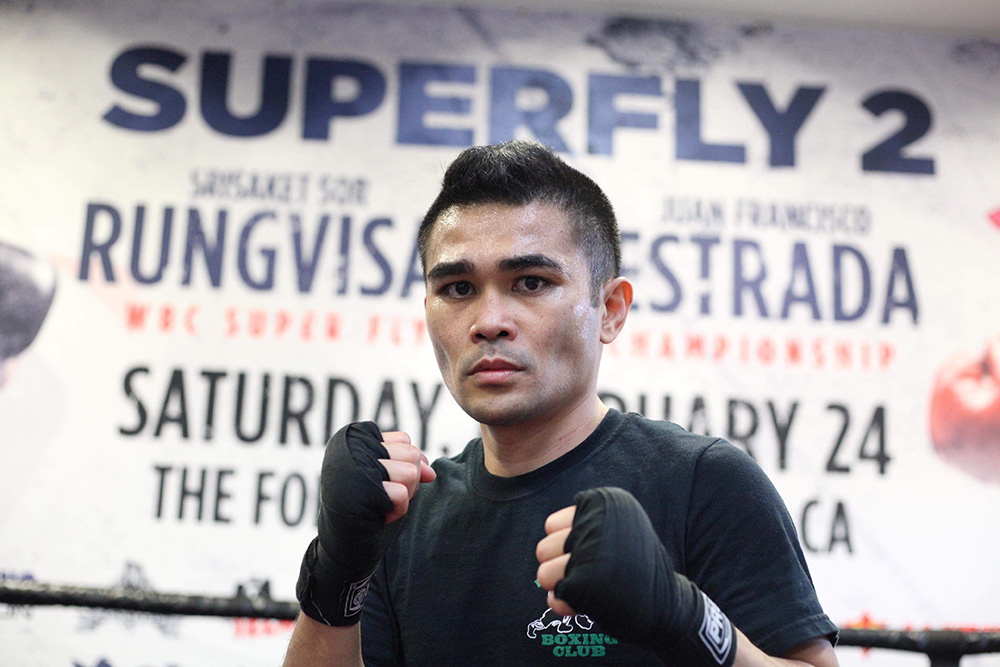 A slower metabolism is one of the signs of aging that Viloria has experienced firsthand, but he says he’s feeling as good as ever before this title fight. He understands that fighters will “lose a little step here and there” as they age, but says he’s taking each fight one at a time and monitoring how he feels.

Has he given any thought to what he’ll do after his boxing days are over?

“Maybe be the president of the United States,” Viloria jokes, before pausing for a second to consider it.

“I don’t know, I want to start my own gym to transfer a lot of my knowledge to the next generation of prizefighters and boxers. When we come across that bridge we’re gonna figure out what’s gonna happen.”

For now he’s enjoying the spotlight, perhaps one of the last times he will as a fighter. He hopes the fans — and his son — enjoy it for as long as it lasts.

“I just want people to remember the great fights I’ve put up as a guy that never said quit, who never gave up, and who just kept pushing, kept chugging along. When everyone thought I was down that I came up again and won a world title,” said Viloria.

“That Rocky feel, just wanting to come back again and reach the top of the mountain, that’s just how I want people to remember me by. A guy who just went in the ring and put up great fights.”