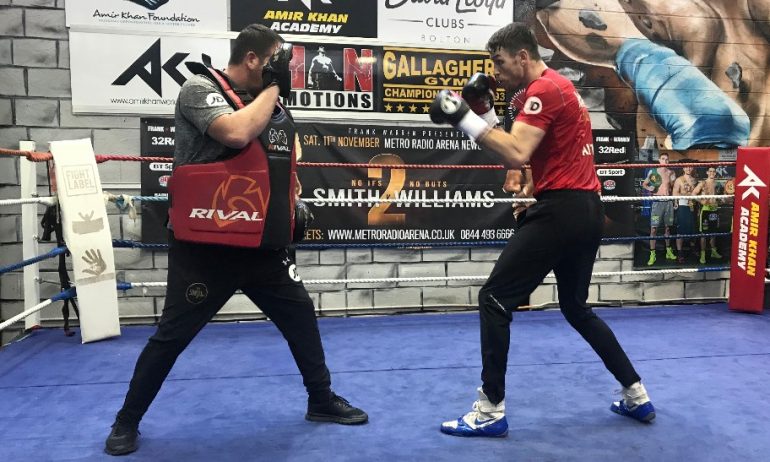 Smith, who is rated No. 3 by THE RING at 168 pounds, faces Juergen Braehmer on February 24 in Germany, and the winner of that contest will face the victor in Saturday’s thunderous collision between WBA super middleweight titleholder Groves and Chris Eubank Jr.

“Groves-Eubank is a good fight, a very good one,” said Smith (23-0, 17 knockouts). “The winner will become an even bigger name after the weekend.

“They both have strength and weaknesses at different points. Groves has got the jab, the boxing brain and the size on his side. I think his weakness is his stamina issues, whereas Eubank’s strength is his stamina. Eubank’s weakness might be his boxing ability at distance, where I feel Groves is the better man.

“I will pick Groves on points. I believe he will win the early rounds (and survive) a few rocky moments later on. But in the end, (Groves) will win on points.”

Smith is wrapping up hard-training for the Braehmer bout and expects to overcome the former WBO light heavyweight titleholder in style next weekend.