Edward Heno to step up against Merlito Sabillo on February 17 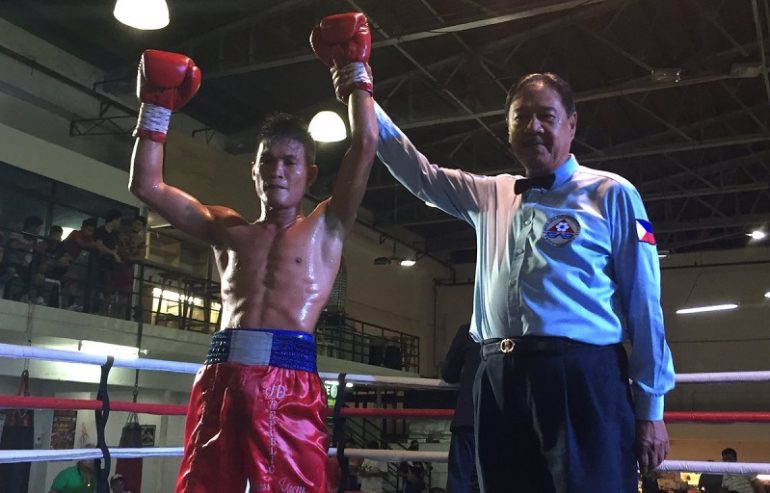 First he won his regional belt, then he lost it and got it back. All of this happened to Edward Heno following his most recent fight, a seventh round technical knockout of Seita Ogido, last September, in Japan to win the vacant OPBF junior flyweight title.

It was a breakthrough win for the Filipino prospect, earning him a Top-15 ranking with all four major sanctioning bodies, but his joy turned to bemusement when he was stripped by the regional organization for not defending the title two months later at their convention. He was reinstated shortly afterward when a proposed vacant title fight fell through.

It’s been an up-and-down last few months for Heno, 25, but the flashy brawler from San Pedro, Laguna, Philippines will get a chance to enhance his credentials as a rising contender when he faces former WBO strawweight titleholder Merlito Sabillo, this Saturday at Gaisano City Mall in Bacolod City, Philippines.

It’s a rare opportunity for a promising upstart in the Philippines to meet a countryman with his own title aspirations, and comes as the result of an enforced mandatory defense.

“It’s a very exciting fight; both are world-ranked boxers, also both are champions,” said Brico Santig, who handles Sabillo and will promote the show. Admission will be free of charge while TV arrangements are still being worked out, Santig says.

Heno (11-0-5, 5 knockouts) doesn’t come from the Visayas and Mindanao regions, which produce most of the prominent fighters in the country, but rather from an area not far from Metro Manila. Still, he has been driven by many of the same hardships that compel fighters to the ring.

“I was just age nine when I started (boxing) because we were poor and my dad was a boxer just like me,” said Heno, who trains in Pasay City with coaches Jeffrey Cerna and Warren Jaro.

He fought in local “barangay” amateur fights before turning pro in 2011, and drew his first three before finding his winning groove. Heno was brought to the attention of Manila-based promoter Anson Tiu Co as a six-round fighter. Tiu Co was at once drawn in by – and skeptical of – Heno’s self-assured attitude.

“Heno has this attitude where he seems to be not impressed with any other boxers being pitted against him. So I was kind of wary at first that he wouldn’t last in boxing,” said Tiu Co. “But again and again, he proved me wrong every time he fights.”

Sabillo, who once made a living in unsanctioned street fights behind the Bacolod City marketplace, sees Heno as his chance to jump back into the world title picture, after struggling to find his form in recent years. The 34-year-old Sabillo had won the interim WBO strawweight title in 2013 with an eighth round stoppage of Luis de la Rosa in Colombia and made two defenses after he was elevated to full champion, before being stopped by Francisco Rodriguez Jr. a year later.

Sabillo was stopped by on a cut in four rounds by Ellias Nggenggo in a subsequent comeback fight before leaving the ALA Gym for Santig’s stable, up north in Benguet. He’s since won two straight against nondescript opposition, after dropping back-to-back decisions in Japan.

Tiu Co admits some hesitation about facing Sabillo in his hometown, likening it to fighting overseas.

“When I heard that he will be pitted against Sabillo in his hometown, I was concerned, and still am, that Heno has to bring his A-game again. It will be a very similar situation to fighting in Thailand or elsewhere,” said Tiu Co.

“If he could overcome Sabillo, he could draw more attention to boxing fans who haven’t heard of him yet.”