Arum: Jerwin Ancajas will be a fan favorite worldwide 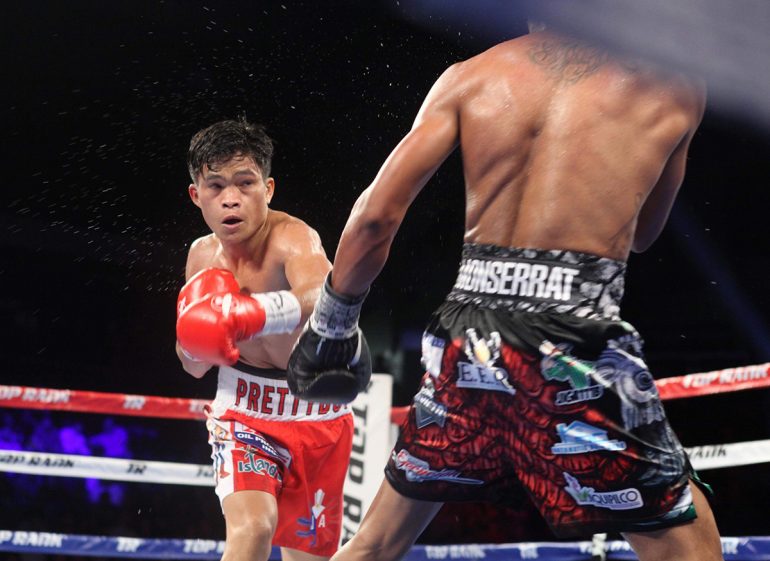 It was at times a tricky style matchup for Jerwin Ancajas, but he got the result he desired, scoring a knockdown in the first round and two more in the 10th to fend off the challenge of Israel Gonzalez in Corpus Christi, Texas, on Saturday.

The fight took place in front of an audience of millions around the world, with the fight being beamed live on ESPN in the U.S. and in Ancajas’ native Philippines, but perhaps the most important viewer was sitting at ringside: his promoter, Bob Arum of Top Rank.

“I sat behind Bob the whole fight. Bob loved it,” said matchmaker Sean Gibbons, who works with Ancajas. “Bob said the kid is a technician, he’s exciting, he doesn’t waste a lot of shots, but when it’s time to get the job done, he gets it done.”

Ancajas (29-1-1, 20 knockouts) signed with Top Rank to high expectations, with Arum calling the 26-year-old from Panabo City “the next Manny Pacquiao,” a high bar to live up to but indicative of the hopes placed upon him by die-hard boxing fans back home.

Arum was less hyperbolic after the fight but was pleased with his latest acquisition’s performance.

“Jerwin had an excellent performance. He is a high-action champion who is going to be a big fan favorite, not only in the United States but worldwide. We are very excited,” said Arum in a text message sent through Top Rank publicist Lee Samuels.

Gibbons, who first became acquainted with Ancajas when he matched him for his 2014 fight against Fadhili Majiha in Macau, said Ancajas is “ready to fight tomorrow” after emerging from the Gonzalez fight with few marks on his face. He says that while there were some areas where Ancajas could have done better, it wasn’t bad for his first fight on U.S. soil.

“Was it perfect? No. Did he do a lot of great, great things? Absolutely. But it was the kid’s first fight in the United States, in front of Bob Arum, in front of TV going back to the Philippines. For all the pressure, I was very pleased with what he did,” said Gibbons.

“He got hit a few times but never lost a second of the fight to me.”

Next up for Ancajas will likely be a mandatory defense against Filipino road warrior Jonas Sultan (14-3, 9 KOs), which Gibbons says he hopes will take place “no later than May” in an area with a big Filipino population in the U.S., like Los Angeles or San Francisco.