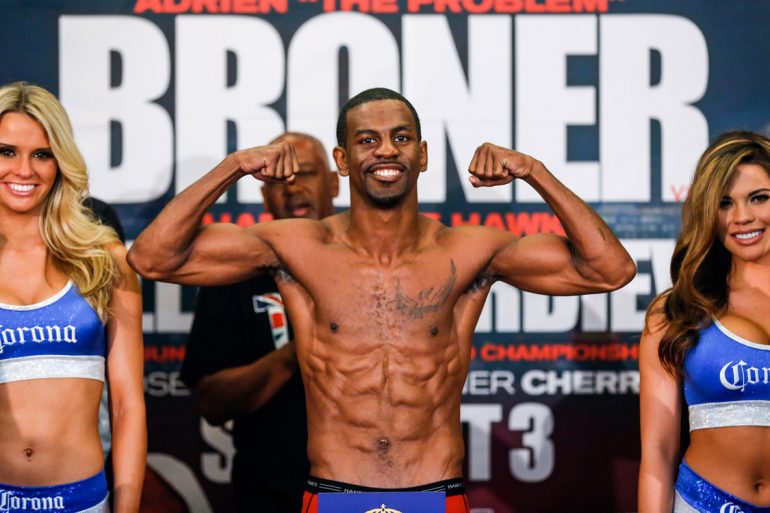 The slogan is in vogue these days in a nation of citizens as keen as ever to embrace self-help strategies in a bid to better oneself and rectify some of those bad habits which keep us from being our best selves.

Most of us barely, if we are lucky, get off the runway with our grand plans for reinvention. Here, though, is a person who truly is making changes to his game – Jamel Herring, the 32-year-old lightweight is now going to be Jamel Herring, junior lightweight.

In addition, Herring will now be working with trainer Brian McIntyre, tutor to two-weight world champion Terence Crawford, and he will also be under a new promotional umbrella, Top Rank.

“People thought after my last fight I was either robbed or that it was over and I wasn’t too sure on which direction I was heading. Plus, after a while, it felt like the calls just stopped. I knew that my back was against the wall and change was long overdue.

“I had to start with my training for starters. Till this day, I don’t have a bad word to say about Mike Stafford as a man and mentor. I just felt he took me as far as he could and ‘Bomac’ was the next best option for my career, so I chose to reach out to him.

Herring continued, “After we worked out everything, we had to discuss what we’d do in terms of business. Al (Haymon’s) team has done a great job and I’ll always be grateful for the opportunity. It’s just right before the holidays I was offered a fight that really didn’t interest me. The PBC brand is family and (there are) a lot of great people are over there who I love. But Top Rank presented an offer I felt was too good to turn down.”

Haymon is a rarely-seen dealmaker who has made a massive imprint on the sport. However, he has been the subject of rumor mill rumblings ever since Premier Boxing Champions took flight. Is he paring down his roster in preparation for a new partnership, or as an acknowledgment that keeping dozens of athletes busy is a trying task?

Herring isn’t of a mind to excessively ponder that side of the game. He’s focused on practical matters and being in a positive zone after hitting the reset button. “This is the layout ‘Bomac’ drew up,” said the fighter before revealing his training schedule. “I’ll head to Omaha for a few weeks in preparation, but afterwards we’ll head out to Colorado Springs for the majority of camps. And it doesn’t require me moving out there. I just need to show up and be ready to work. In between camps I’ll stay loose here in Cincinnati until it’s time to get ready for a fight.”

Speaking of a fight . . . when does “The Fighting Marine” engage in his first for Team Arum?

“We were originally trying to get things finished and ironed out so I could jump back in the mix around March,” said Herring. “After speaking with ‘Bomac’ earlier tonight (Sunday), everything is pretty much booked. So, as of now, I’ll make my Top Rank debut on the Horn-Crawford event in April.”

My three cents: The ego can get in the way of growth, but Herring is showing maturity and humility, as he concedes he’s got things to learn and can’t keep doing the same things and expect better results.

Also, word is that McIntyre, or “Bomac”, will start wearing a new hat. He’s going to be added to the Top Rank broadcast booth, for an upcoming TR stream.