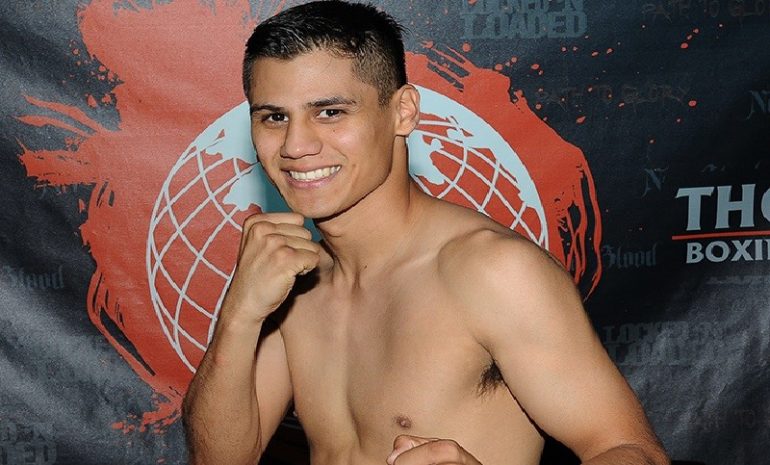 Roman (23-2-1, 9 knockouts) is coming off a dominant ninth-round stoppage of Shun Kobo – his 15th consecutive victory – which also took place in Japan.

The 27-year-old technician had stated in previous interviews that he wanted to make his first title defense in his home city of Los Angeles, but he is not averse to traveling again.

“If you put in the work and the sacrifice like I do, then it makes no difference where I fight,” said Roman, who is trained and managed by Eddie Rodriguez.

“I have a great team behind me. My preparation for Matsumoto is already underway. I know he’s going to bring everything he has and I’m going to be ready for it.”

“Danny will be making his case as the best in his (weight) class when he faces Matsumoto,” said Ken Thompson, president of Thompson Boxing Promotions. “Now the world gets to see his special talent. We’re excited for him and have no doubt that he will (win) in February.”

Aside from the Kubo fight, Roman’s other notable victory was a ninth-round knockout over Adam Lopez on Jan. 20.

Matsumoto (21-1, 19 KOs), who resides in Yokohama, is ranked No. 13 by the WBA. The 23-year-old puncher has won his last four bouts, although Roman represents a serious step up in class.

“I saw Danny Roman’s fight (against) Shun Kubo and he looked formidable,” said Matsumoto, who is promoted by Ohashi Promotions. “I know I’ll be an underdog, but I’ll try to do my best to win.”

Editor’s Note: Roman currently holds a version of the WBA title which is not recognized by THE RING. The WBA have stated that the winner of this bout would take on Moises Flores for the full title (which was recently stripped from Guillermo Rigondeaux) sometime in 2018.