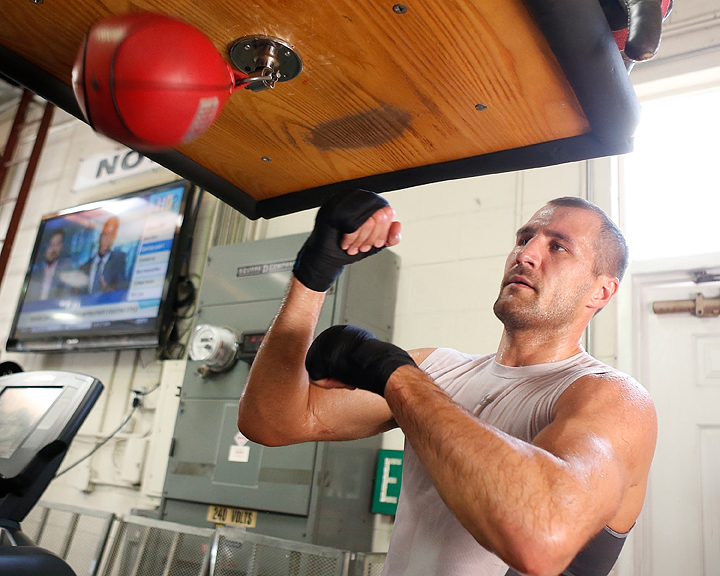 Sergey Kovalev is coming off consecutive losses to Andre Ward, but he’s still one of the best pound-for-pound fighters in the world.

After all, there’s no shame in losing to a fighter like Ward, and the first defeat was via controversial decision.

Even so, Kovalev’s promoter, Kathy Duva, believes this was the wake-up call the Russian needed.

He wasn’t treating his body right. He was out partying, not watching his diet.

So Kovalev (30-2-1, 26 knockouts) made changes, beginning in his corner, ahead of fight against Vyacheslav Shabranskyy on Saturday in New York for the vacant WBO light heavyweight title (10 p.m. ET, HBO).

Out is trainer John David Jackson, whom Kovalev had a messy divorce with. Abror Tursunpulatov is now the man in charge of Kovalev’s training, a fellow Russian.

“We understand each other; we speak the same language,” Kovalev, THE RING’s No. 2 light heavyweight, said at his Los Angeles media workout. “It’s the most important thing. I understand what he wants. If he says something about an exercise and I don’t agree, we discuss it and we find compromise, some solutions.

“It’s almost never happening, because what he’s giving me, I understand it can help me. We are the same mentally, I understand where we go, for what, and why. I feel very comfortable to work with him and very happy has control of my training camps and my conditioning for my shape.”

Kovalev admits that when he travelled back to Russia, it affected his discipline. Duva says “You can’t be the champion of the world and go out with your friends.”

The 34-year-old says he longer drinks alcohol and is now dedicated to a strict diet. Combined with his new trainer, he believes this will bring out the best in him, though he’s already one of the best in the world.

“God blessed me. He saw I changed a lot of things in my life. He gave me an opportunity to get this title again,” said Kovalev.

“Let me show you … the real Sergey “Krusher” Kovalev. I’ve changed a lot of things. I’ve deleted a lot of mistakes. It’s time to change.”