Anthony Dirrell wins after fight-ending headbutt; Denis Douglin maintains it was a punch 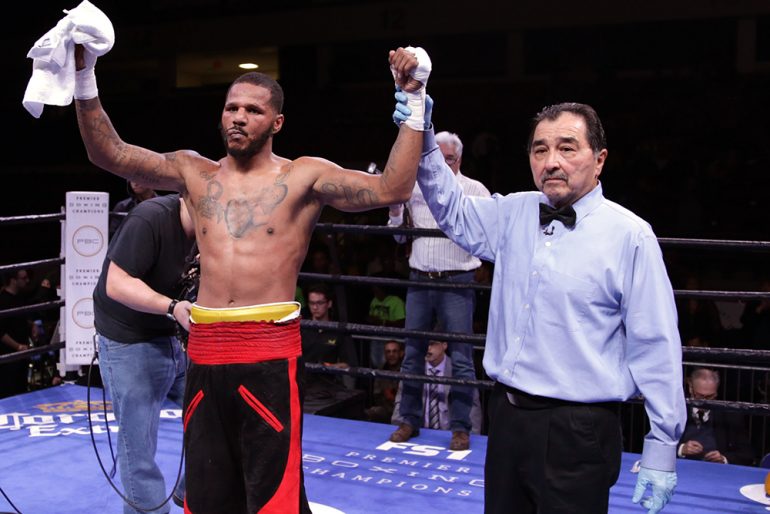 The Anthony Dirrell-Denis Douglin super middleweight scrap Friday night in Flint, Michigan, the main event of a PBC on FS1 card, ended in Round 6 when a cut opened on Dirrell’s left eye.

Dirrell was awarded the win after the judges tallied their five complete rounds and gave the Flint fighter a UD.

The record book now says Dirrell, aged 33 and a former 168-pound titleholder, holds a 31-1-1 (24 knockouts) mark, and the 29-year-old Douglin, a New Jersey native, a 20-6 (13 KOs) mark. But Douglin isn’t down with the ending of the fight. The commission and ref decided an accidental clash of heads caused the cut, and Michigan rules say that a fight with four rounds complete can have a verdict based on the scorcards tallied to that point. Douglin disagrees.

The scrap through the five rounds wasn’t a classic. The judges’ tallies seemed reasonable, as Dirrell used a height and power edge to be in command, by and large. Replays show that, indeed, there was a bumping of heads. But there was also a right hand and then left landing by Douglin at or near that eye. As Douglin pressed forward, chin tucked, Dirrell answered with a right as he stepped in with his shot. The top of Douglin’s head clanged on or near where that cut appeared, it looked to me. Douglin is maintaining that no one can prove that a punch didn’t open the slice.

Ray Flores did the blow-by-blow from ringside. “From my vantage point,” Flores told me Saturday afternoon,  “there was a clash of heads and then the blood started to pour from Dirrell’s eye.” 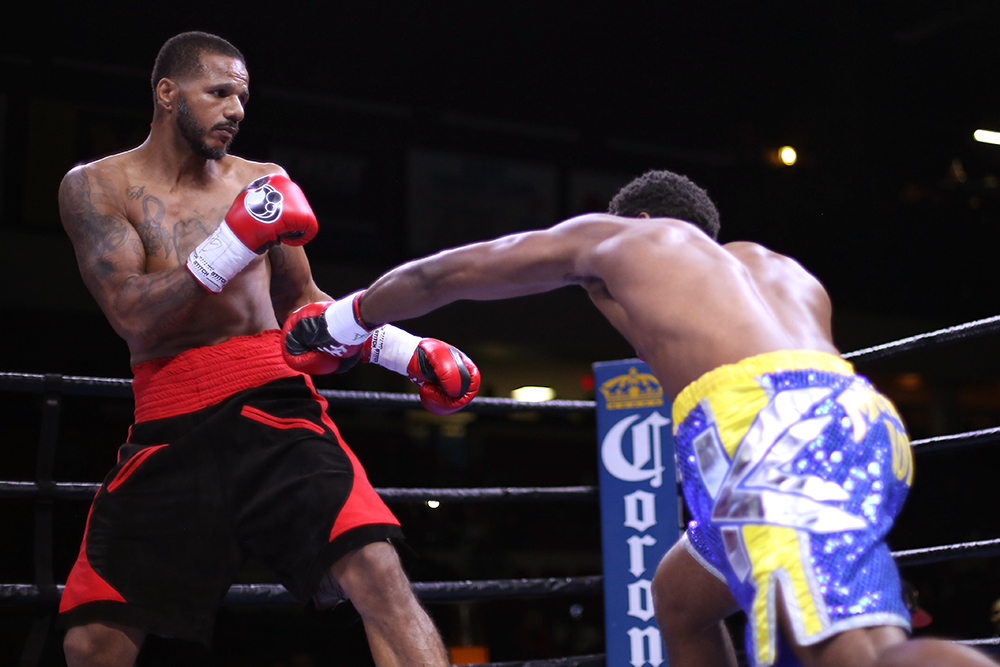 Dirrell anti-fans declare that Anthony and his brother Andre have a history of using such situations to their advanatge — looking for ways to cut to the chase in pursuit of victory, rather than slogging through the entirety of the obstacle course. Andre Dirrell had controversy follow his bout with Jose Uzcategui when he was felled by a late blow that arguably could have been ruled accidental and gone to the cards, which would have seen Uzcategai get the W. In 2010, Andre got hit by Arthur Abraham when he’d taken a knee on a wet spot of canvas. Abraham smacked him, and after a half second Dirrell slumped to the canvas, on his back, and started twitching. Fairly or not, some fans thought he was playing up his pain and knew he’d be awarded a DQ win.

“I was honestly surprised when I saw some people on Twitter saying they thought it was a punch. I recollect a short headbutt on the inside,” Flores said of the Dirrell-Douglin mashup.

Douglin was adamant right after the fight that there was no butt. And he didn’t deviate from the stance on Saturday afternoon. “Yes, there was no headbutt, which means he quit,” Douglin told me. “It should’ve been a TKO … but even if you don’t want to go there, at worst I should’ve gotten a draw. In my opinion, I clearly won 2, 3, 4, 5. I won (two minutes and 45 seconds) of Round 1 but I gave it to him because he landed a good shot at the end of the round and I know I’m in his backyard, so that round wasn’t going to me. The point deduction was BS … and the ref, Frank Garza, was completely biased!”

The fight is over … but for Douglin, the fighting continues.