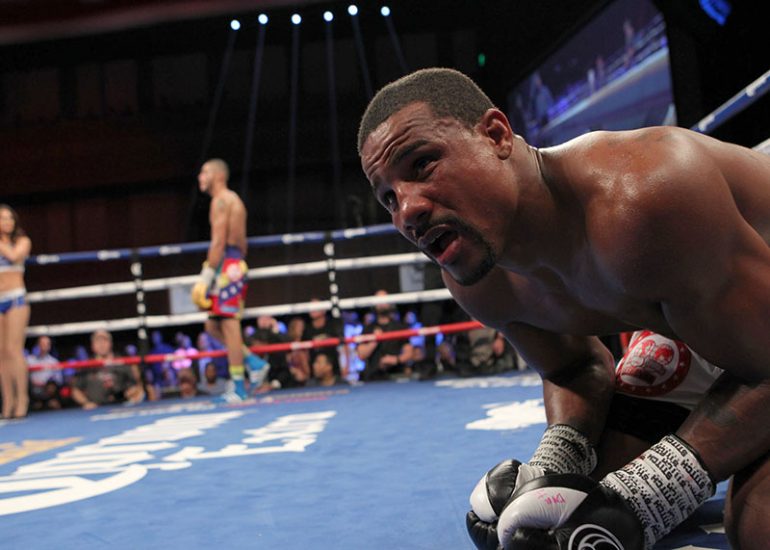 Andre Dirrell wishes it all went down differently.

He regrets the actions of his uncle and trainer, Leon Lawson Jr., and feels badly about what transpired with Jose Uzcategui.

The aftermath of the Showtime-televised super middleweight fight went viral. It could be seen in GIF form all over social media. It was a hot topic on ESPN’s programs like SportsCenter and Around The Horn.

Uzcategui was disqualified by referee Bill Clancy after landing one punch after the bell in Round 8. Moments later, Lawson rushed the ring and landed a left-handed haymaker on a blindsided Uzcategui in the corner.

Lawson is still on the lam from police after assault charges were filed in Maryland. He passed on a message to his nephew, which Dirrell relayed to RingTV.com on Tuesday, saying, “I do regret it, but I don’t regret protecting you.” 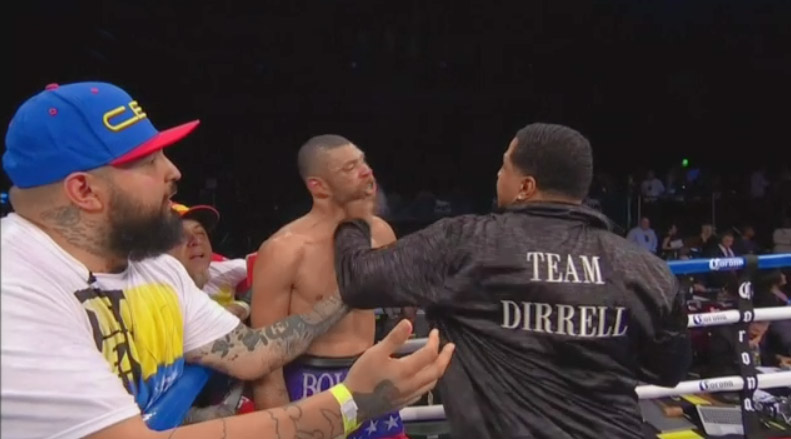 “(Lawson is) just a really, really loyal guy, man,” Dirrell (26-2, 16 knockouts) said. “He saw my kids crying and it happened to me before with Arthur Abraham and he was fed up. It happens to me in sparring often because (fighters) can’t get off like they want to.”

He was punched after slipping on the canvas by Abraham in 2010 and was sidelined for more than a year and a half with neurological issues following the incident. Fans accused Dirrell of faking then to obtain the DQ victory, and the same charge was levied by Uzcategui’s manager, Sean Gibbons, to RingTV.com following this fight.

Dirrell’s brother, fellow 168-pound contender Anthony Dirrell, as well as Lawson could be heard imploring the fighter to “stay down” after he fell face-first from the three-punch combination. Dirrell says he would have jumped up if he was able to.

“If the tables were turned, and Uzcategui was down and I was his manager, I would tell him the same thing,” Dirrell, 33, said about the instructions his corner gave him. “I was (expletive) up. … He caught me with a good shot, and I remember trying to get up and my arms were heavy as hell, man. I seen the mistake I made: When I shot that left hand I didn’t get under.

“If I could have got up, I definitely would have. I was battling to get up, and my arms were getting heavy. But even if I did get up past 10 it would have left me in extreme danger going into the next round.”

That strategic mistake pales in comparison to the one made by his uncle, of course. It’s possible Lawson will never be allowed to work a corner again. At the very least, a recommendation by the Association of Boxing Commissions has already been handed down that Lawson not be able to work as a trainer or second until further notice.

“It hurts me pretty bad, but at the same time, you have to learn how to stay controlled in situations like that, especially being the coach,” Dirrell said. “We tell fighters in the midst of battle to stay calm – it’s the coach’s job to tell us to stay calm, not the other way around.

” … I talked to him yesterday and said, ‘You shouldn’t have did that. I didn’t agree with it at all. People who don’t love him, I understand how they feel. He loves his family, he hated the fact that I got (fouled) again. My career has been a rollercoaster, and I mean one of the most frightening roller coasters. It hasn’t been easy. My uncle wanted me to have a smooth fight. He knew I didn’t deserve (to be fouled), especially toward the end of my career.”

Dirrell’s career seems to be on the upswing now, as long as the result stands. Gibbons and Team Uzcategui are attempting to have the result overturned to a no-contest, arguing that it was an unintentional foul. Gibbons also was at the IBF convention in St. Petersburg, Florida, this week to lobby the sanctioning organization to order an immediate rematch. The fight was contested for the IBF’s interim super middleweight title, and now Dirrell is in line for a rematch with James DeGale. The Brit knocked Dirrell down twice and won a decision in their 2015 meeting. 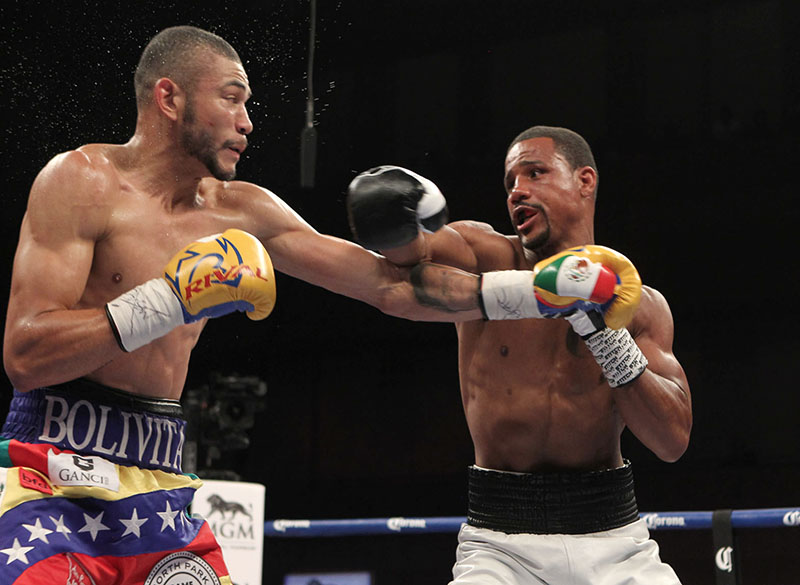 Assuming the result stands, and Dirrell indeed secures the second fight with DeGale, the Flint, Michigan, native says he’ll be happy to give Uzcategui a rematch afterward.

“I want to say to Uzcategui and his camp that I’m extremely apologetic from the bottom of my heart,” Dirrell said remorsefully. “No fighter deserves that, especially the vulnerable state that he was in. I don’t agree with my uncle’s actions; it bothered me very much, and it bothers me to this day.”

But did Uzcategui hit Dirrell after the bell on purpose? Gibbons argues that Uzcategui was rolling into a three-punch combination and there was no way to stop. The manager also said that Uzcategui speaks no English, so when Clancy gave a five-second warning, it wasn’t understood. Dirrell? He’s really not sure.

“Any circumstances, and I mean any, I always believe there’s the benefit of the doubt,” he said. “Not sure if that’s just being gullible or me trying to face situations in a calm manner. I literally have no malice on what that man has done. If I was in a coma or I couldn’t fight again, it would be different. There should be something done about fighters hitting after the bell. Someone could end up in a coma.

” … He’s a hungry fighter, he’s strong, and he wanted to win, just like me. It’s really 50-50 (if it was an intentional foul). That was the third time. I’m just going to say he probably thought he could have got away with it. He hit me twice before after the bell and because the referee didn’t warn him he could have taken advantage of the state just to weaken me for next round – that’s a good strategy. If the ref didn’t warn me, I would probably do the same thing.

” … But I don’t have room for grudges. That’s definitely not the way I wanted to win the title. That’s not the way you win a title – period. I’ll have my shot with DeGale, thankfully, and I promise you this: Once I beat DeGale, I’ll fight Uzcategui again, no question.”