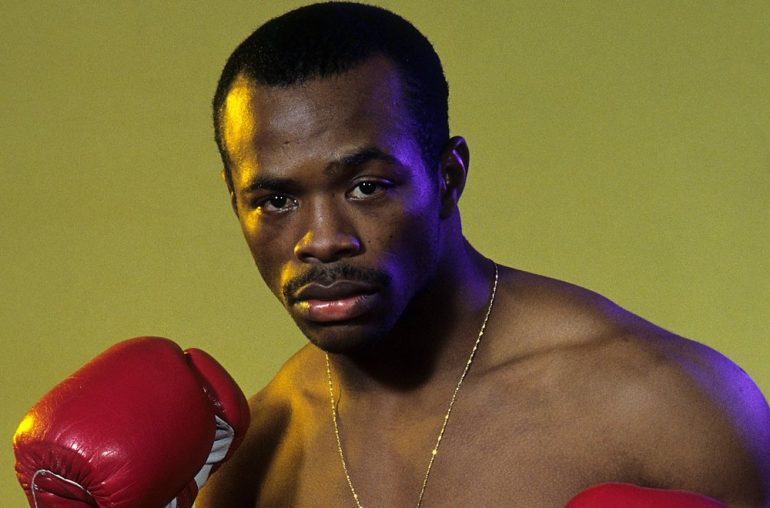 Photo by THE RING Archive
13
Nov
by Anson Wainwright

Tracy Harris Patterson is the adopted son of former two-time heavyweight champion Floyd Patterson. But, to his immense credit, he would go on to make his own mark, winning world titles in two-weight classes during a 16-year professional career.

Patterson was born Tracy Harris in Grady, Alabama in December 1964. When his parents separated his mother decided to move the family to New York.

He became interested in boxing at 11 years old, watching the success of the U.S team at the 1976 Olympics. Harris and a classmate headed to Hugenot Boys Club, a local gym run by Floyd Patterson.

The eager youngster, despite playing other sports, took to the sweet science straight away. However, when he was 15 years old, he was faced with a difficult choice. His mother decided that she wanted to move back south.

“I’d grown fairly close to some of the guys at the gym,” Patterson told RingTV.com. “I didn’t know what was going to happen. I just took a chance that somehow, I was going to be able to stay.

“I told Floyd about my mother moving south and he said, ‘Let me talk to your mother and see if she’ll let you stay with me and I’ll take care of you’. He promised my mother that he would take care of me. He became my legal guardian at that time, so I could stay in school.”

Harris would later change his name to “Tracy Harris Patterson” and he and his adopted father shared a very close bond.

Things worked out. The young Patterson would go on to enjoy considerable success in the professional ranks, but it was the first of two New York Golden Gloves championship victories that means the most to him. 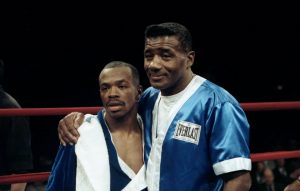 “No moment, not (even) winning my world championships, has surpassed that feeling I had inside of me,” he said. “I know from looking at my dad’s face how proud he was of his son.”

After going 97-11 as an amateur, Patterson embarked on his professional career in the summer of 1985. He moved his record to 20-0 before suffering a points’ defeat to Jeff Franklin. He bounced back well with 10 wins before suffering another reverse, this time against former WBA featherweight titleholder Steve Cruz.

Patterson went on another unbeaten run, before he met Thierry Jacob for the WBC junior featherweight crown in June 1992. He stunned the Frenchman, stopping him in two rounds.

In his first defense, he drew with Daniel Zaragoza. He went on to best Jessie Benavides and stop Zaragoza on cuts before what he says was his best performance, a points win over Richard Duran: “I fought (Duran) exactly how I needed to. I fought him perfectly.”

Surprisingly, Patterson was out-hustled by slick Dominican boxer Hector Acero-Sanchez, who took his title in August 1994.

But Patterson wasn’t done. He moved up in weight, bypassing the featherweight division, to claim the vacant IBF junior lightweight title with a second-round stoppage over highly touted speedster Eddie Hopson. 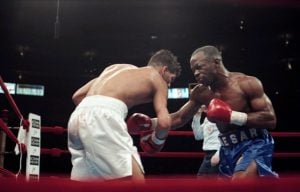 Patterson (left) and Gatti go at in their first fight. Photo by THE RING ARCHIVE

Just five months later, Patterson was outpointed by the much bigger Arturo Gatti. He maintains to this day that he should have got the decision. Two victories later, including one over the always tough Harold Warren, Patterson met Gatti again and lost decisively on points.

Patterson continued to fight over the next few years, winning some and losing some, before bringing down the curtain on his 73-fight professional career in September 2001. His final record was (63-8-2, 42 knockouts).

There was one man Patterson wished he had met. “Kennedy McKinney,” he said without pause. “He disrespected my father. He called my dad a name that Muhammad Ali used to call my dad and he’s not big enough to do that. I just wanted the opportunity to hit him [laughs].”

Today, Patterson, 52, lives in New Paltz, NY. with his wife of over 26 years and his five children. He has worked full-time job in Law Enforcement in Corrections for 15 years. After work, he goes to the local gym and trains boxers.

Patterson took time out of his busy schedule to speak to RingTV.com about the best he’s faced in 10 key categories. 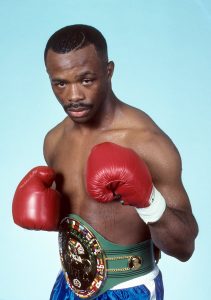 BEST JAB
Junior Jones: He was long and he had a good reach and very good snap behind the jab.

BEST DEFENSE
Hector Acero-Sanchez: He was tough to get to. He was a very good mover. You had to cut the ring off and corner him.

BEST CHIN
Daniel Zaragoza: I’m gonna say Arturo Gatti and Daniel Zaragoza. Both guys are in the Hall of Fame. Zaragoza was a seasoned veteran, a three-time world champion. He’s been in a lot of tough fights. That guy, no matter what you hit him with, it didn’t bother him. Of course, the great Arturo Gatti; he just had balls and the heart of 10 men. The same goes for Zaragoza, these guys are tough. They had no quit. I would go with Zaragoza, he was in a lot of wars. He was more experienced at hiding (the reaction) if you hurt him. It just seemed whenever I caught him, he took it very well. In the second fight with Gatti, I hurt him to the chin. He weathered it, but I backed him up. Zaragoza, I never backed him up like I did Gatti.

FASTEST HANDS
Jones: That one’s kind of hard to judge. If I had to pick a guy who’s slick and fast, again I’d have to go with Junior Jones and also Jesse Benevides. I’m gonna give an edge to Jones. I think he was just a little bit faster.

SMARTEST
Steve Cruz: I think I was still learning when I fought him. He was a very intelligent boxer. Zaragoza’s a tricky guy too, but that’s ‘cause he’s naturally awkward. He was very sneaky, especially with his overhand left, but by the second fight I had figured it out. I’ve got to give it to Cruz. He also displayed (his smarts) against Barry McGuigan.

STRONGEST
Arturo Gatti: Very physically strong – that’s Arturo. He was naturally bigger. I could match strength with any of the guys I fought, but Arturo was younger, a little bigger and maybe slightly stronger. 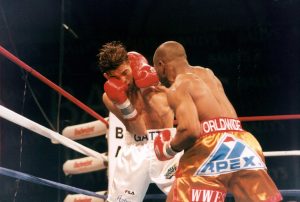 Gatti (left) under fire from Patterson in their rematch. Photo by THE RING Archive

BEST PUNCHER
Gatti: I was stopped [once in my career] on a very bad cut on my lip [vs. Gregorio Vargas]. I wasn’t hurt in that fight. I just got the bad cut. Overall best puncher, there’s many guys that can bang, but Gatti was the one that packed the biggest punch. He was bigger and I had to be more defensive minded because of the left hook to the body and the head. A lot of people don’t know, in the second fight he caught me with a bodyshot and I fought the majority of that fight with a separated rib.

BEST OVERALL
Zaragoza: Now that is a hard question [laughs]. There are two guys who are in the Hall of Fame right now. What makes guys like that stand out the most is heart. There’s many that say they’ll die in the ring. Guys say that, (but) Arturo Gatti meant it and so did Daniel Zaragoza. That’s why I picked those guys. Zaragoza was awkward – very tricky – he knew how to utilize everything he’d learned over the years. After fighting me twice, he went on to win another world championship. I’m gonna go with Daniel Zaragoza first and Arturo Gatti second.