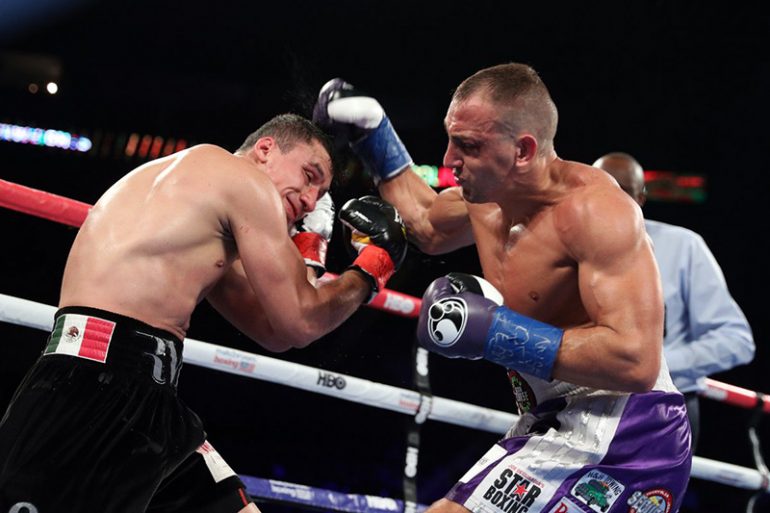 UNIONDALE, N.Y.  – Cletus Seldin couldn’t have scripted his HBO debut any better, dropping Roberto Ortiz twice in Round 1 before finishing him in the third round to remain unbeaten Saturday at Nassau Coliseum.

Seldin (21-0, 17 knockouts) came out of the corner charging, dropping his Mexican foe with an overhand right to the forehead in the first ten seconds, then dropped him again later in the round on a series of body shots. The second round wasn’t any friendlier to Ortiz as another overhand right sliced his eyebrow and turned one side of his face into a wall of blood.

Ortiz tried to get back into the fight, boxing off the ropes and landing some but taking a lot of leather to do so. With hundreds of Seldin’s “Hammerheads” cheering on the local favorite from Shirley, Ortiz went down of his own volition, complaining about some phantom infraction. He was taken over to the doctor in the corner where the fight was waved off at 2:43 of Round 3 due to the cut.

Ortiz (35-2-2, 26 KOs) of Torreon, Mexico had been unbeaten in his previous fights since his lone defeat, a second-round knockout by Lucas Matthysse three years ago.