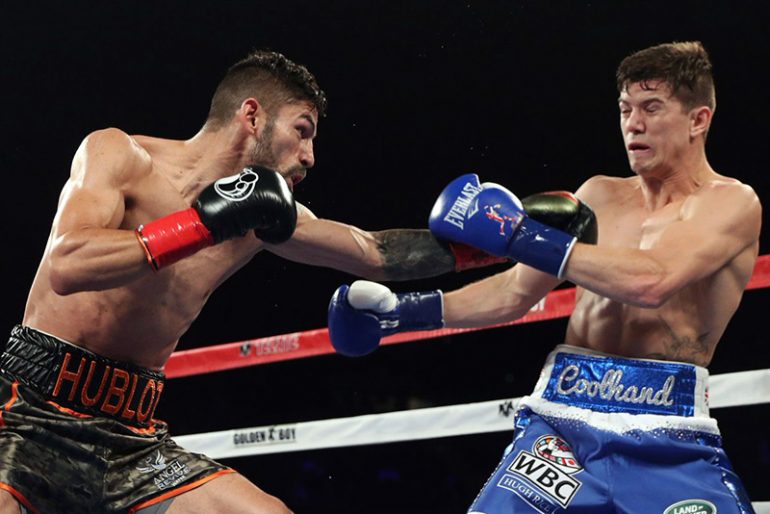 INGLEWOOD, Calif. — Luke Campbell was dropped hard in Round 2 and appeared overmatched.

The straight right hand that poured him on the canvas also cut him under the right eye, and Linares was in control.

The Venezuelan was landing his blinding combinations at will, but then suddenly, the fight flipped.

The punches from Linares? Dispensed piecemeal, for the most part, from Round 4 on. Campbell’s excellent southpaw jab — developed during his decorated amateur career that culminated with an Olympic gold medal in 2012 — nullified Linares’ own jab and left hook, and deterred him from letting loose with his shots.

Most of the tough-to-score rounds Saturday at The Forum featured little action, with Linares’ punches thrown from out of range, and Campbell tentative to counter after the knockdown. It all resulted in a split-decision victory for Linares, after he pulled out the 12th on two cards (the third was even), via tallies of 114-113, 115-112 and a 115-113 score for the Brit. THE RING scored it 115-114 for Campbell. 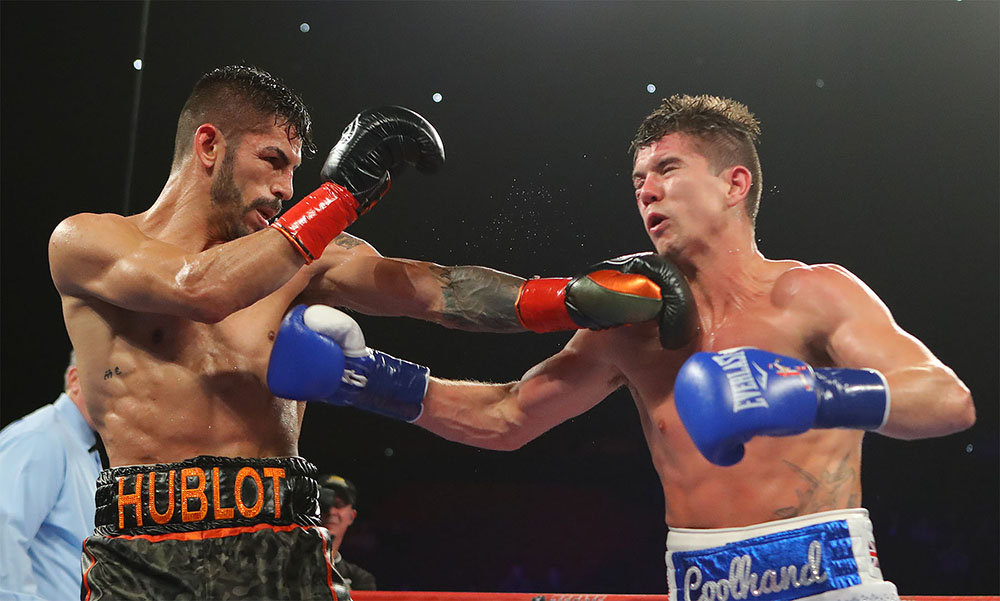 “I think in the fifth round he started to box a little bit because he didn’t want to get hurt,” said Linares, who retained his RING lightweight championship. The victory was Linares’ fourth over a Brit in his last five bouts (including two wins over Anthony Crolla). “In the 12th round I knew I had to let the dogs out, and that’s what I did. We want Mikey Garcia next.”

For Linares, this was his moment: After 10 years of fighting on the championship level, an HBO main event and a reintroduction to the American market.

Linares (43-3, 27 knockouts), for three rounds, displayed the kind of athleticism and flashy punching that made him such an intriguing talent since his breakthrough performance over Oscar Larios in 2007 on HBO. 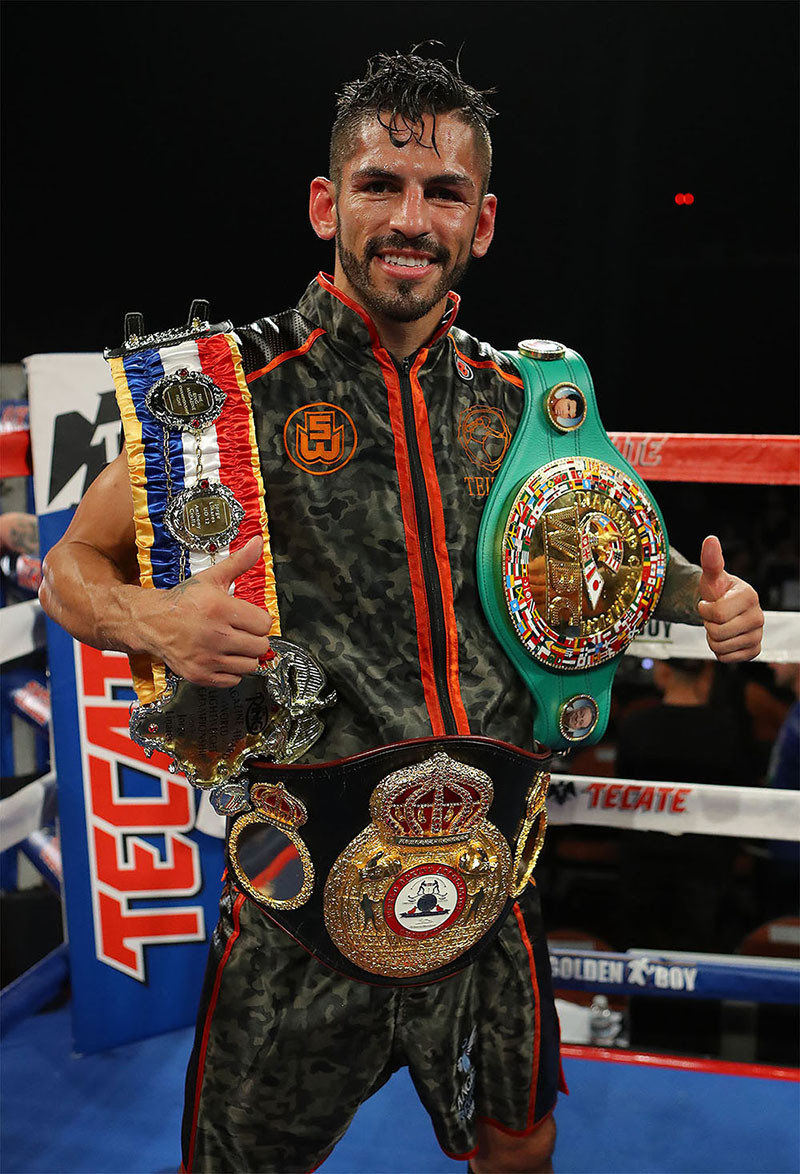 The 32-year-old’s upper-body movement and shots delivered from confounding angles befuddled Campbell, but the knockdown seemed to wake him up.

Campbell (17-2, 14 KOs) was a renewed fighter in Round 4. He made some tactical adjustments, namely the southpaw jab coupled with boxing from a greater distance, and proved a difficult target for Linares.

The Yorkshire native, who brought about 120 friends and family from home among the 4,125 in attendance, cheered him on with a familiar song — “There’s only one Luke Campbell!” — as he began to pile up rounds.

The southpaw jab to the body was well-timed and seemed to upset Linares’ rhythm. The right hooks over the top of Linares’ jab were effective, too.

Campbell, 29, likely gave away some rounds with his cautious style, but he grabbed 5, 6, 7 and 10 on all three scorecards. The judges were in agreement in favor of Linares for the first three rounds. That made for a fight that was on the table late, and it was Linares that pulled away.

“No one can ever doubt my hard work,” said Campbell, who was challenging for his first world title. His lone defeat came to Frenchman Yvan Mendy in 2015, another bout where he tasted the canvas. “Yeah, I got off to a rocky start, he caught me in the eye — a nice shot that put me on the mat.

“But I had to fight, I had to get focused. I didn’t think he was landing any shots whatsoever in the second half.”

Surely, Campbell will be back. Promoter Oscar De La Hoya said he’ll be a champion one day. He definitely showed the mettle, and the necessary in-ring adjustments. He was even the ring general, if not the aggressor, and landed the telling blows. His time will come.

But Linares’ time is now.

He’s now scored 12 consecutive victories since suffering back-to-back stoppage defeats, and has turned his career around. He’s back in the U.S. market, and a much-anticipated clash with Mikey Garcia appears to be on the horizon. 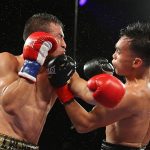 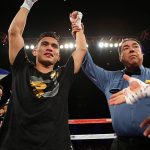 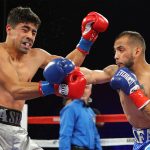 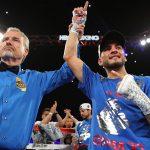 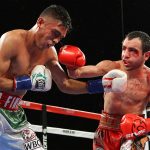 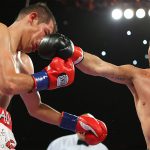 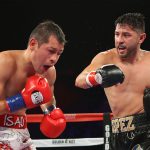