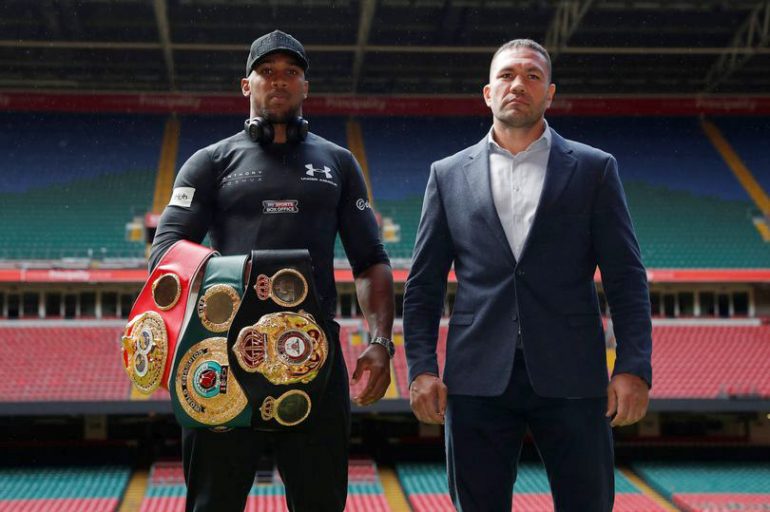 Anthony Joshua, perhaps the biggest television free agent in boxing, is staying with Showtime, at least for his next fight.

The RING’s No. 1-rated heavyweight will defend his sanctioning-body titles against Kubrat Pulev on October 28 in Cardiff, Wales. And it was announced Thursday the fight will be televised live on Showtime in the United States.

The network held a right of first and last refusal with Joshua after their original three-fight deal expired. And a source told RingTV.com that Showtime was forced to match a $1.6 million bid from HBO for the rights to televise this fight. That amount from HBO more than doubled Showtime’s original offer.

But when you land a star like Joshua on your network, it’s simply not an option to let him walk across the street. Not if you have designs on being the No. 1 boxing network.

The following weekend, Showtime will air arguably the biggest American heavyweight title bout of this decade when Deontay Wilder meets Luis Ortiz in a battle of explosive punchers. Joshua, Wilder, Pulev and Ortiz are rated Nos. 1-4 by the RING. Tyson Fury is champion.

“There’s no better way to end it than with two major heavyweight world championship events. We are proud to be in business with the two biggest punchers in the sport, Anthony Joshua and Deontay Wilder, and the rest of the talented and hungry heavyweight challengers of today.”

At least for the remainder of 2017, HBO is out of the Joshua business.