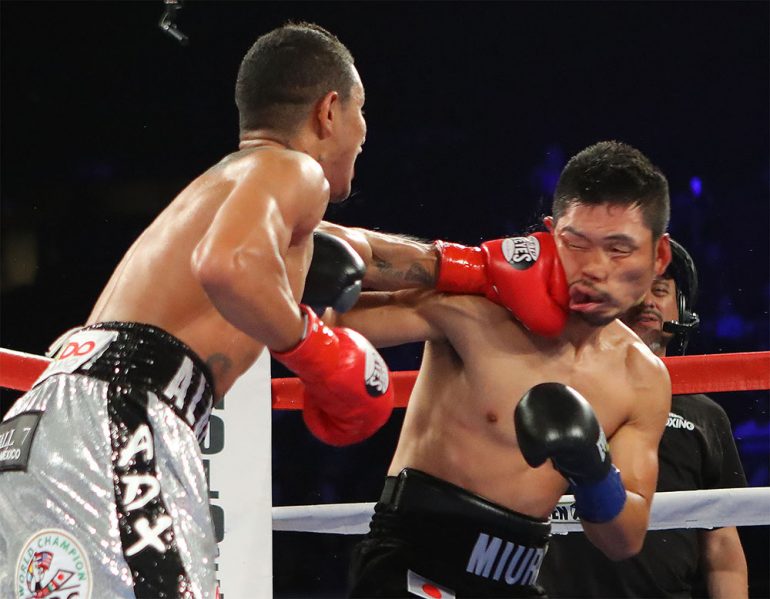 INGLEWOOD, Calif. – The fans expected a war. They got an excellent performance instead.

Miguel Berchelt entered his fight against Takashi Miura on Saturday at the Forum with one of the highest knockout percentages in the sport. His instinct has been to take the risks necessary to hurt and ultimately stop his opponents.

On this night, he didn’t have to.

Berchelt knew of his opponent’s limitations; Miura has an enormous heart but his skills are crude. With that in mind, the Mexican decided to box. And the result was impressive: A dominating performance, maybe the best of Berchelt’s career. 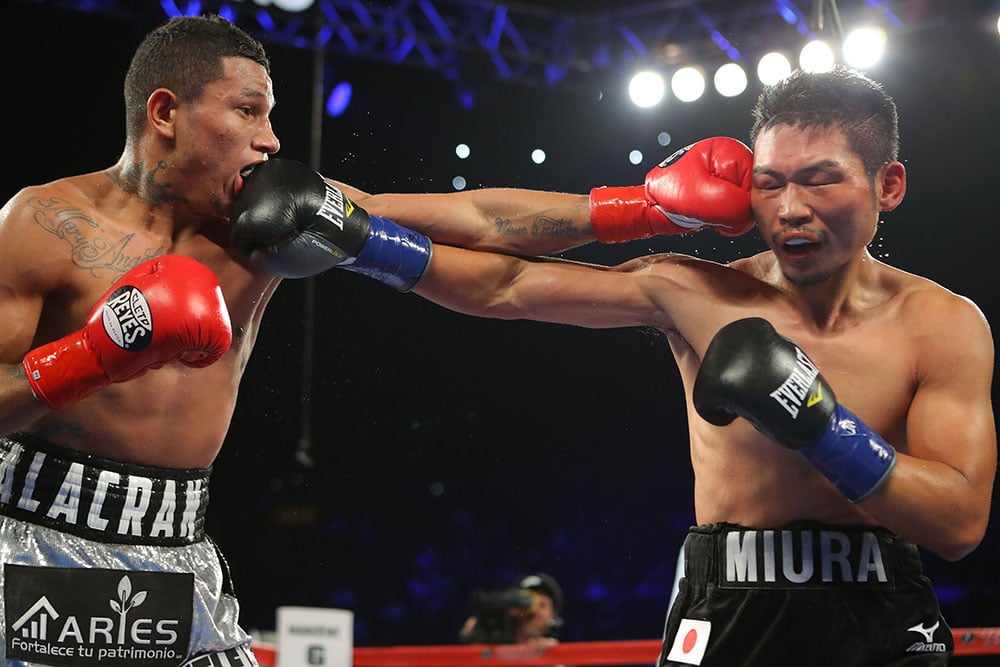 “I know he only can go forward,” said Berchelt, whose plan all along was to use brains over brawn. “I can go forward but I can also box. I showed that I’m a much better boxer than he is.”

One of Miura’s handlers put it simply: “He was smart.”

The fans had come to expect a lot from Miura after his Fight of the Year with Francisco Vargas in 2015 and entertaining brawl with Miguel Roman in his last fight, in January. It seemed his toughness and determination could keep him in any fight.

Berchelt (32-1, 28 knockouts) threw everyone a curve by dialing back his aggression and using his feet to get in and out of harm’s way. The Mexican boxed circles around Miura, picked his spots to unload, regularly beat his frustrated foe to the punch and won round after round in commanding fashion.

And while Berchelt didn’t make the knockout a priority, he did land many hard, head-snapping shots that might’ve stopped an opponent less durable than Miura.

Of course, Miura (31-4-2, 24 KOs) never stopped attacking. As Berchelt said, the Japanese warrior knows no other way. The problem was he had neither the skills nor speed to catch this moving target consistently enough to make the fight competitive. 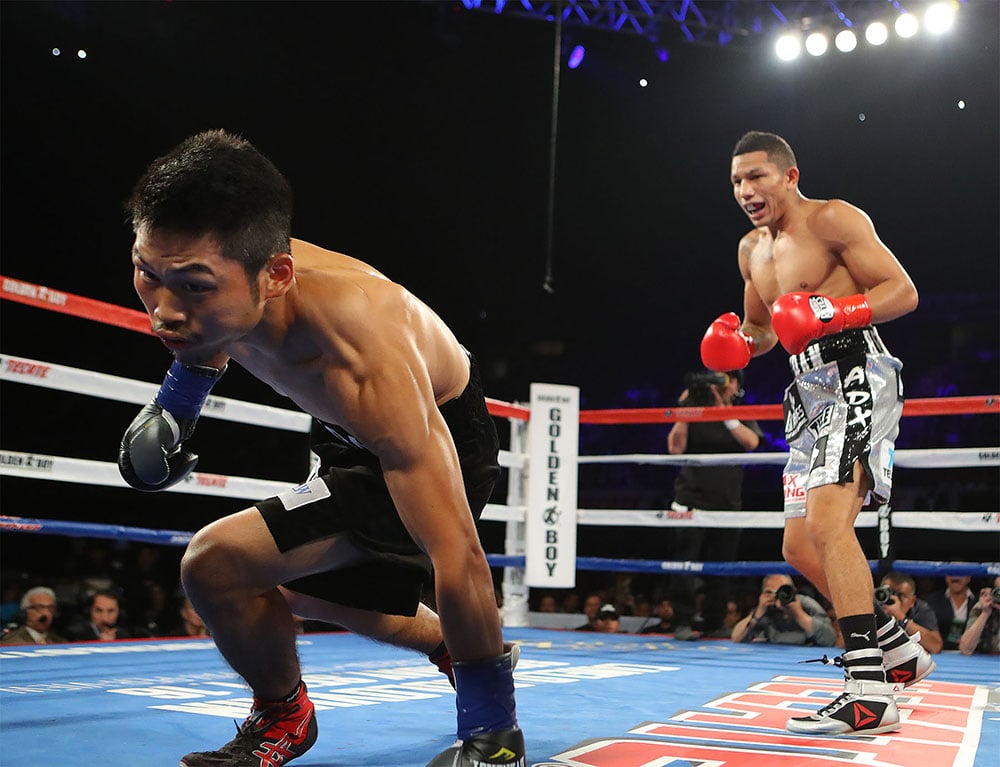 The former holder of the belt Berchelt now wears landed punches here and there – some of them hard – but more often than not his wild shots hit nothing but the area where Berchelt once stood.

The only positive for Miura on an otherwise dismal night was that he took everything the titleholder landed and was still standing at the final bell, which obviously couldn’t ease the pain of such a disappointing performance.

The 116-111 score, by Hubert Minn of Hawaii, was way off the mark. The fight couldn’t have been much more one-sided.

“Berchelt was a smart fighter,” Miura said. “He did not allow me to get my distance. ”

So what’s next for the multi-dimensional Berchelt?

Eric Gomez, president of Golden Boy Promotions, said the fighter wants to make his next defense in his hometown of Merida, in Yucatan, Mexico. After that, expect a big-name opponent back in the U.S.

One obvious possibility is WBA junior lightweight titleholder Jezreel Corrales, a slick southpaw who survived two knockdowns against Robinson Castellanos to retain his belt on the undercard Saturday at the Forum.

Another name that was thrown out: the wizard-like Vasyl Lomachenko, who holds the WBO version of the 130-pound title.

Berchelt doesn’t seem to be fazed by any name thrown at him. He’s confident he can win fights by brawling, as we’ve seen many times. And we know now that if a particular matchup calls for it, he’ll rely on guile and athleticism to have his hand raised.