Manny Pacquiao says he has no issues with Roach, also hasn’t been paid 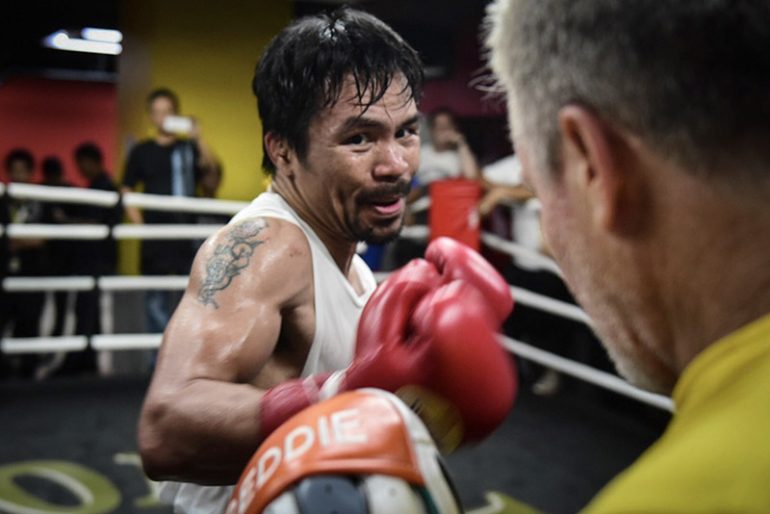 MANILA, Philippines – Manny Pacquiao insists there is no friction between he and trainer Freddie Roach in the wake of his unanimous decision loss to Jeff Horn.

Speaking with Sports Illustrated, Roach said he “could not even get (Pacquiao) to say hi to me” after the July 2 fight at Suncorp Stadium in Brisbane, Australia. “I really don’t know if he’s mad at me,” said Roach, Pacquiao’s trainer for the past 16 years, ”but I can tell you this: I haven’t been paid yet. So who knows?”

In a statement issued Wednesday, Pacquiao said, “I have no problem with Coach Freddie Roach. I’m not the one paying him; it’s Bob Arum. The trainer’s fee is automatically deducted by the Top Rank from my purse. So, if Coach Freddie has not yet received his payment, we are on the same boat. My purse has not yet been released by Arum.”

Pacquiao reiterated his sentiments in a phone conversation later, saying, “It’s the same, nothing’s changed. There’s no problem with Freddie.”

Pacquiao says he’s not spoken with Arum since the fight, though Arum tells the Manila Bulletin he expects to visit Pacquiao in the Philippines in the next week or two to discuss Pacquiao’s future options.

An email sent to Top Rank requesting an interview with Arum was not returned by the time of this article’s publication.

The 38-year-old Pacquiao, a senator in the Philippines, says that he’ll continue his boxing career, which is in its 22nd year, saying “not yet” when asked if he was considering retirement. Pacquiao had said earlier in the day on social media that he’d continue fighting until he no longer had the passion for it.

“I love this sport and until the passion is gone, I will continue to fight for God, my family, my fans and my country,” said Pacquiao.

There is a rematch clause in the contract, and Pacquiao (59-7-2, 38 knockouts) says he’s considering a return bout with Horn (17-0-1, 11 KOs), which Arum says could take place in November or December.