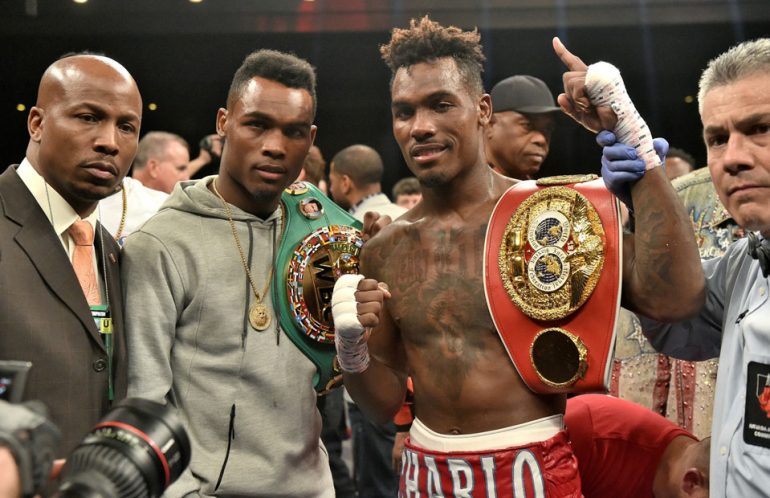 Jermall Charlo is one win away from a middleweight title shot after an impressive string of title defenses one division south.

Charlo (25-0, 19 knockouts) will make his 160-pound debut against Jorge Heiland on July 29 in the Showtime co-feature to Adrien Broner-Mikey Garcia, a source told RingTV.com. The WBC eliminator was officially announced on Tuesday.

The 30-year-old Charlo — whose twin brother Jermell holds a junior middleweight title — made three successful defenses of the IBF 154-pound title he vacated earlier this year to move up in weight. He scored a close decision win over Austin Trout in May 2016, and then scored a sensational knockout of Julian Williams in December.

“I’ve been training since end of January to prepare myself for the move up to middleweight,” said Charlo. “I’m feeling stronger, I’m feeling smarter and overall, I’m feeling better. Heiland is a tough fighter and I know he plans on bringing his A-game on July 29. He’s just as hungry as me.

“We both want to be in a place to fight the best in the division, but I never overlook the opponent in front of me. It’s been a great camp so far and I’m ready for this fight. It’s time to make my mark so I can become a two-division world champion. I plan to take care of business at 160 just like I did at 154.”

Heiland (29-4-2, 16 KOs) scored the lone notable victory of his career in 2014, a 10th-round stoppage of Matthew Macklin. The 30-year-old Argentine’s competition otherwise is nondescript, and the Charlo matchup will mark Heiland’s U.S. television debut.

“I’m thrilled to be facing a great fighter like Jermall Charlo,” said Heiland. “I’ve waited a long time for a chance like this, so I will give it my all. I am fearless and I promise that this bout will be an all-out war because my career and livelihood are on the line.”

The winner will be in line for a title shot against the winner of the Canelo Alvarez-Gennady Golovkin superfight.