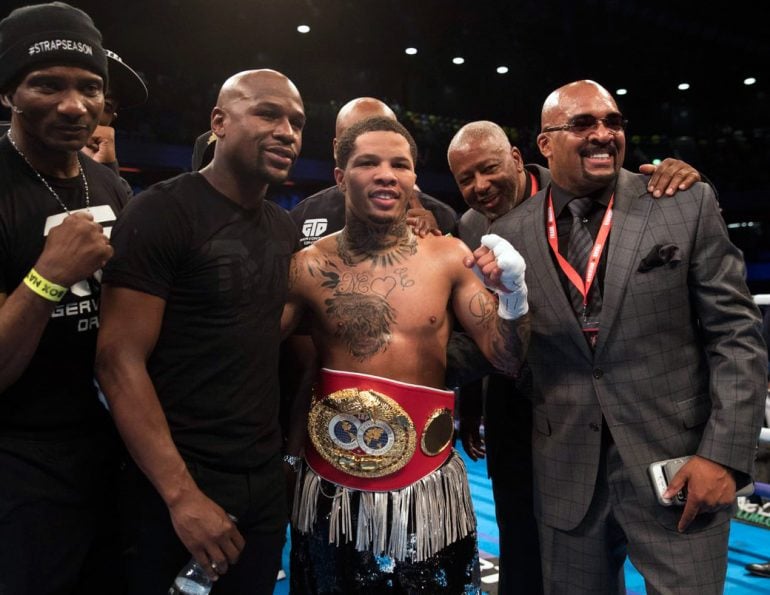 Photo / @ShowtimeBoxing
20
May
by Tom Gray

Unbeaten American Gervonta Davis arrived on U.K. soil with heavy backup in the form of future Hall-of-Famer, and promoter, Floyd Mayweather Jr. but the 22-year-old boxer-puncher from Baltimore, Maryland, took care of business all by himself on Saturday.

Davis, a rapid and hard-hitting southpaw, retained his IBF junior lightweight title with a third-round stoppage of Liam Walsh at the Copper Box Arena in London, England, and sent a chilling message to his contemporaries at 130 pounds. The official time was 2:11 and this was an electric display.

A succession of left hands had Walsh ready to be taken in the third and the challenger finally went down from a crushing blow to the side of the head. He rose on unsteady legs and despite some of the follow-up assault cutting holes through the air, Walsh was justifiably rescued by referee Michael Alexander while absorbing punishment against the ropes.

There was talk that the stoppage was premature but the challenger’s equilibrium appeared to have deserted him.

Walsh made his entrance to “I Won’t Back Down” by Tom Petty and the Heartbreakers but, unfortunately for the home support, it was the challenger whose heart was destined to be broken. And quickly. Within seconds Davis found the range for his left hand and the alarming news was that the American hadn’t worked for that success. Walsh took the shots well and fired the odd right hand in return but there was an obvious disparity in punch power.

The challenger, an adept switch-hitter, had been open for the left hand when he was in the southpaw stance and wisely turned orthodox in the second. Not only did he avoid Davis’ power punch while in that position, he also had some success of his own and the Englishman may even have even won the session. Davis struggled to pin his man down and he was being made to miss.

Inexplicably, however, Walsh turned back to the southpaw stance in the third and left hands immediately began landing with alarming regularity. The punches were spiteful, hurtful and Walsh eventually succumbed to their effect. The challenger was devastated at the end and he may be even more upset when he watches the fight back.

Davis, currently rated No. 6 by THE RING at 130 pounds, burst onto the scene with a seventh-round stoppage of the previously unbeaten Jose Pedraza in January. The victory gave “Tank” a title belt and established him as a major force on the world stage. This showing was further affirmation of his quality.

Walsh, a former British and Commonwealth champion, is an extremely talented operator despite this result. The 30-year-old technician may have fallen short in his first world title bout but Davis looks like a special talent. Walsh could still become a serious player at junior lightweight.

Both fighters weighed in officially at 130 pounds, although Davis took three attempts to get there.