Pacquiao-Horn to be finalized by week’s end, says Koncz 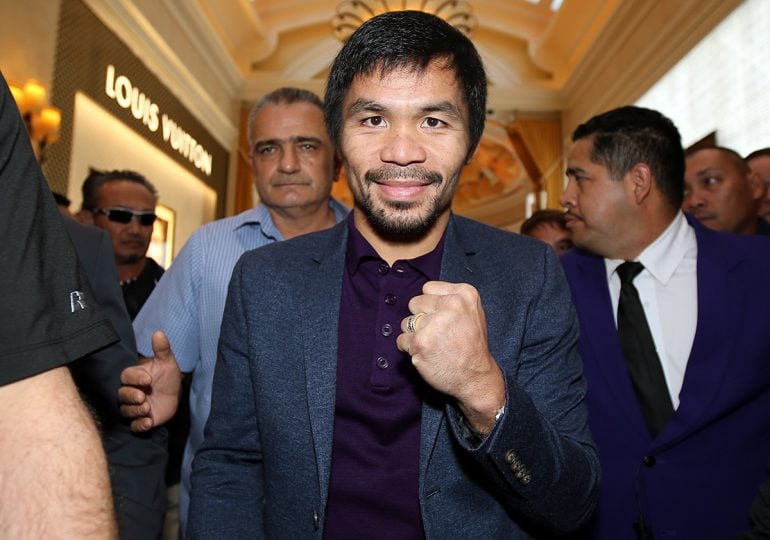 MANILA, Philippines – Two days after being handed a deadline to accept the fight or sit out until November, Manny Pacquiao’s adviser Michael Koncz says it “looks like” they’ll fight undefeated Australian Jeff Horn on July 2.

“We are finalizing the terms,” Koncz says in a text message on Thursday, March 30, the deadline Top Rank Promotions CEO Bob Arum had given Pacquiao’s side to agree to the fight. Koncz adds the deal “should be finalized by end of week.”

Arum had earlier told the Manila Bulletin that the WBO welterweight titleholder Pacquiao (59-6-2, 38 knockouts) had to make a decision because the Australian financiers already had their money on the table. Arum says he’s looking at putting the fight at the Suncorp Stadium in Horn’s hometown of Brisbane, Australia but didn’t mention a financial figure for the fight.

(READ: ‘Jeff who?’ Jeff Horn on why he deserves to fight Pacquiao)

Arum had said it looked unlikely that Pacquiao would be fighting in the United States again, unless a big fight materialized, due to his declining pay-per-view figures. He told the outlet that Pacquiao also had offers to fight in Qatar and South Africa later this year.

Everything except for a Pacquiao signature appeared to be in order for a fight against Horn (16-0-1, 11 KOs) on April 29 but that date fell by the wayside as Pacquiao went chasing a fight with Amir Khan in the United Arab Emirates. That fight also fell through when the $38 million being promised by UAE investors never materialized.

Ryan Songalia is the sports editor of Rappler, a member of the Boxing Writers Association of America (BWAA) and a contributor to THE RING Magazine. He can be reached at [email protected]. Follow him on Twitter @RyanSongalia.