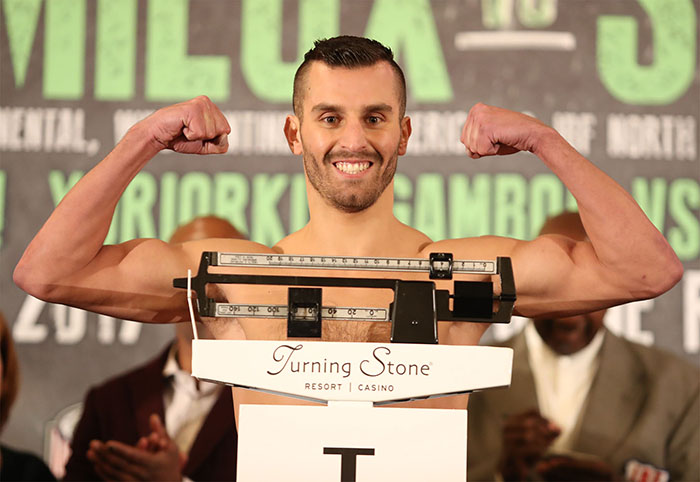 David Lemieux demonstrated one way to seize the attention of the boxing world.

Lemieux sent Curtis Stevens into involuntary unconsciousness with a wrecking-ball left hook on Saturday night in Verona, New York, which pumped significant energy into Lemieux’s career and gave us a memorable knockout.

As a result, the French-Canadian, THE RING’s No. 4-rated middleweight last week, moves up one notch to No. 3.

He is now behind only RING (and lineal) champion Canelo Alvarez, No. 1 Gennady Golovkin and No. 2 Daniel Jacobs. The latter two – Triple-G and Jacobs – fight one another on Saturday, meaning Lemieux could climb even higher depending on what happens at Madison Square Garden.

Tomoki Kameda (No. 8 last week) drops out because he has moved up in weight. He is replaced by Liborio Solis, who enters at No. 10. Solis is coming off a strong performance in defeat against formidable Jamie McDonnell in November.