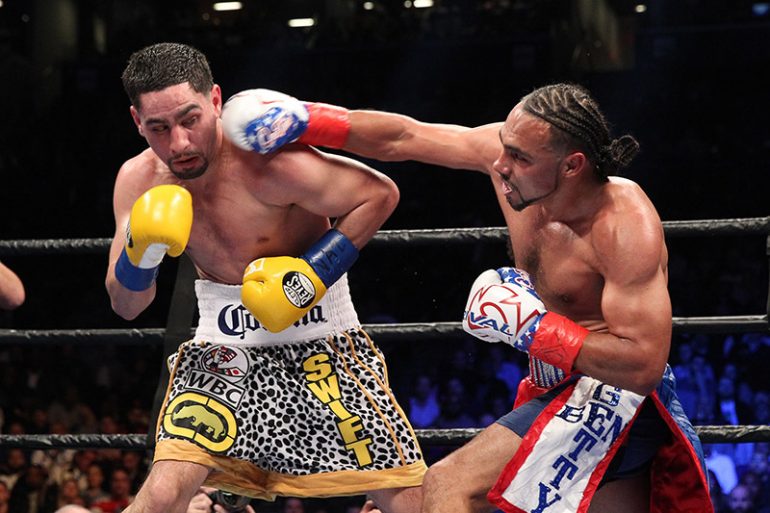 Keith Thurman won his fight on Saturday against Danny Garcia and even nearly predicted the peak audience for the CBS telecast.

Thurman’s split decision victory against Garcia in a welterweight unification bout at Barclays Center peaked at 5.1 million viewers, representing a 30% jump since the last CBS boxing telecast in June for Thurman’s unanimous decision victory against Shawn Porter, according to data provided by Showtime. Saturday’s main event also drew the biggest audience for a primetime boxing telecast since 1998, according to the release.

The average viewership for the Thurman-Garcia main event was 3.74 million viewers, a 19% jump from the Thurman-Porter main event average. The number mushroomed to 5.1 million in the final round of Thurman-Garcia. Thurman (28-0, 22 knockouts) told RingTV.com in the days before the fight it “would be a true honor and blessing” if the peak audience rose to between 5.5 million and 6 million eyeballs.

Only the NBC bout between Errol Spence and Leonard Bundu in August, which immediately followed coverage of the men’s gold medal basketball game at the Rio Games had a higher peak audience since 1998 (including non-primetime telecasts). The average viewership for Saturday’s entire telecast (from 9 p.m. to 11:15 p.m. ET), which included the co-feature of Erickson Lubin against Jorge Coda, was 3.1 million viewers, placing it the third most watched live boxing event on broadcast television since 1998.

Moreover, the broadcast average was 83 percent higher than Saturday’s NBA Primetime Game on ABC, featuring the LA Clippers and the Chicago Bulls, which drew 1.7 million, according to the press release.  The only boxing broadcasts with higher average viewership was Spence-Bundu and the debut Premier Boxing Champions telecast between Thurman and Robert Guerrero in 2015, according to the release.