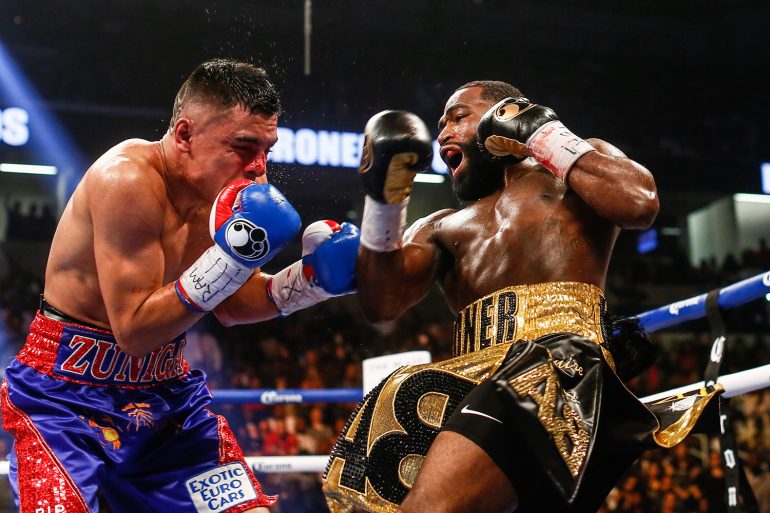 Adrien Broner’s 10-round welterweight bout against Adrian Granados figured to be a tough fight for the four-division beltholder and it was. In fact, it was more than tough. The Showtime-televised main event from Broner’s hometown of Cincinnati turned out to be a fiercely contested battle of attrition that Broner won by split decision.

Showtime commentator Al Bernstein scored the bout for Broner by one point with a 96-95 tally, and most observers thought the back-and-forth scrap could have gone either way by a point or two. More than a few fans thought Granados deserved the nod as indicated by a Showtime Twitter poll that showed 52% of the voters scored it for the Chicago-area fighter. 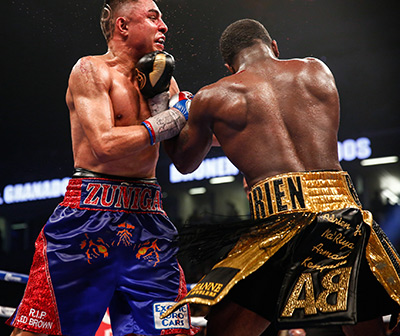 “I knew that Adrian Granados was gonna come tough as a steak that’s cooked too long,” said Broner, who landed the sharper, more accurate and eye-catching power punches during the fight.

“Adrien Granados is a world-class fighter. A lot a guys duck him but I wanted to fight him because I knew he’d bring the best out of me. I hurt my left hand in the first round. I hurt it when I hit him with a hard left hook, and that’s why I couldn’t throw my jab as much. I had to adjust and that’s why I fought him on the inside so much.”

The hand injury might also explain why Broner held so much on the inside and did not punch in combination enough when Granados was right in front of him.

Granados, who put forth the more consistent offense, often concentrating on Broner’s body, but also landing flush rights and hooks to the head, felt that he did enough to win and was the victim of yet another hometown decision (he’s been on the crap-end of more than one disputed decision, even in his own hometown). 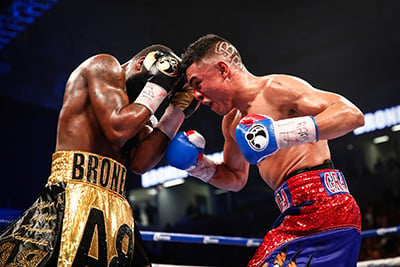 “I thought I outworked him,” said Granados, who dedicated the fight to his friend and fellow Chicago fighter Ed Brown who was shot to death two months ago. “They were playing with me (before the fight), changing the weight, we had to change the scale, they were playing all types of f__king games.

“Look, I understand. I don’t have the perfect record, y’all can talk about whatever losses, but you know I can beat any of these guys. Split decision? Give me another one. Let’s go again. Come to my house.”

Broner let Granados vent, praised him again for being a good fighter and a friend, and told him that he’s welcome to his after party. Then Broner, who was once believed to be a future superstar, but has had more run-ins with the law and personal issues than significant wins in recent years, vowed to get his act together.

“I’m taking my career more serious,” said Broner, who has won major titles at 130, 135, 140 and 147 pounds, and is still 27. “I’m trying to be more positive. I want to give a public apology to my fans and to the parents that have kids looking up to me. I promise that going forward I’m going to be a better role model.”