Who’s next for Joe Smith Jr.? 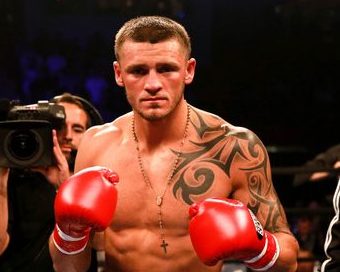 There wouldn’t be more than three boxers who had a breakout year in 2016 like Joe Smith Jr., the light heavyweight from Long Island, New York, with the common name, the common man job – in construction – and the uncommonly hard fists.

He upset Andrzej Fonfara on a Premier Boxing Champions main event, which had been roundly criticized as an inapropriate main event, with Smith being derided by some “smarts” as a mere club fighter. He was again the underdog going into his December tango with Bernard Hopkins, with the old vet having selected the Islander to be the prefect foil to have his “My Way”-adios extravaganza from the big stage of active pugilism. And he smashed the 51-year-old Philly fighter out of the ring to the floor, scoring a knockout triumph which positions him quite nicely for a headline slot at the soon-to-re-open Nassau Coliseum.

That building, now being overseen by the aces at Barclays Center, will be used as a platform to give a mega-rejuvenation to professional pugilism on Long Island. Insiders are quite optimistic that region will emerge as a stellar hotbed host of events, with the 14,000-or-so seat Coliseum being home base for Smith, who will have a hand up on selling out the joint, based on his affiliation as a proud union member, of General Building Laborers Local 66. He is one of over 1,000 members in Nassau and Suffolk counties, and can expect an influx from the union community outside the Island to show up and scream their lungs out on April 29.

One question remains…WHOM will be standing across from Smith (23-1, 19 knockouts)? Word was former THE RING magazine 175-pound champion Adonis Stevenson, the Haitian-born Canadian, who has been sequestered from facing stiff opposition since winning the WBC light heavyweight crown in 2013. No offense intended to the men he’s downed since then but it is fair to say that even fans who appreciate Adonis’ pop – he has one of the best left hands in the sphere – get frustrated that he hasn’t sought out the best and brightest at his class, the Sergey Kovalevs, Andre Wards and such. I reached out to Stevenson (28-1, 23 KOs), 39, on social media and poked his promoter Yvon Michel to get an update on where Stevenson vs. Smith stands – or sits.

No word back. I checked in with Tommy Gallagher, Smith’s co-trainer, to determine if Stevenson vs. Smith is not on the table as a possibility anymore.

“I talked to (Star Boxing President and CEO Joe) DeGuardia,” Gallagher told me. “Al Haymon has Stevenson and is not ready to commit yet. So Joe talked to (Top Rank Promotions CEO) Bob Arum about doing a Sean Monaghan fight. That looks like what’s happening; don’t know the details. Do I like that fight? Yeah, it keeps Joe busy, gets him more experience, smarten up and be defensively smart. And let us get due credit to (trainer) Jerry Capobianco and his brother (and manager) Phil, who have done so much for Joe. They are thoughtful and considerate and nice and have done so much. Joe, I hope, is aware of those guys doing so much for him. Those are the real heroes! The time has come for people to know it isn’t just the fighter; it’s the people who helped get him there, took time away from their families!”

My take: This is the boxing business and, from my seat, I love the all-Island showdown of lunch-pail hitters Smith and Monaghan. This is a throwback fight, for regional rights, between two regular guys who are born to brawl in front of their people, folks who will burn out their lungs screaming for their guy and will pack the joint. The atmosphere will be rocking; the decibel level will be intense and trading is guaranteed.

Al Haymon might not be ready to commit yet but Michael Woods sure is. And trading is just as guaranteed with Woodsy: Trading his pogs and Pokemon card collection, that is…for cold, hard cash. Or bitcoins. Whatever ya got, pal.