Still no network for Thurman-Garcia on March 4 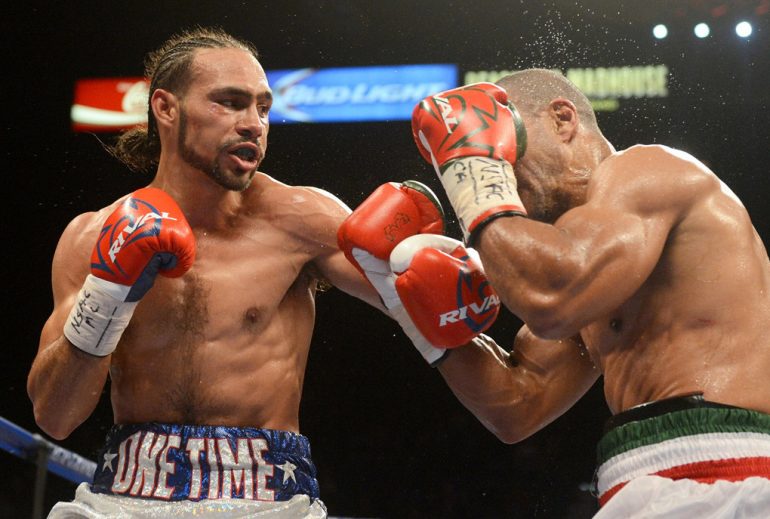 One of the most intriguing fights of the first quarter of 2017 appears to have a home. But it doesn’t yet have a network.

Keith Thurman’s welterweight unification match with Danny Garcia on March 4 for the WBA/WBC titles seems destined to land at Barclays Center, as RingTV.com first reported. Now, the parlor game currently taking place is whether it will land on CBS or Showtime.

According to a well-placed source, the network for Thurman-Garcia hasn’t been determined yet. While there have been rumors the bout is headed to CBS, the network has yet to clear time on March 4 for the fight, in part due to the holiday schedule this month, the source said. The situation is expected to be resolved in the first week in January. If the bout lands on CBS, it would be the first fight on the “Eye Network” in 2017 and the first since Keith Thurman won a rousing decision against Shawn Porter on June 25 at Barclays Center in one of the better fights of 2016.

Showtime, a subsidiary of CBS, will have its hands full in early 2017. It plans to telecast James DeGale’s super middleweight unification match with Badou Jack for the RING/IBF/WBC titles on Jan. 14 at Barclays Center. Showtime is also set to air Carl Frampton’s featherweight title rematch with Leo Santa Cruz on Jan. 28 from Las Vegas. In between, Showtime will handle Adrien Broner’s return against Adrian Granados on Feb. 18.