The Japanese invasion: Fit to be Thai’d 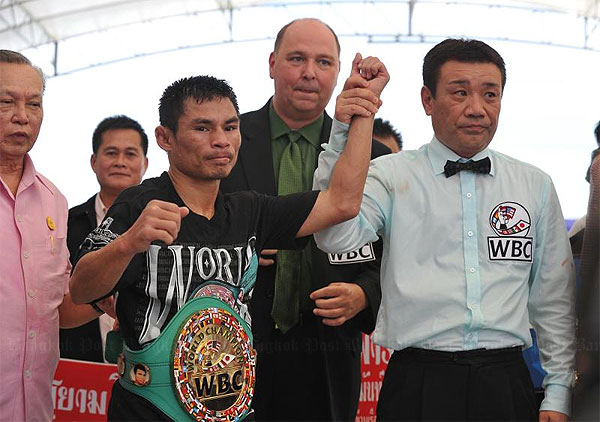 There are many sporting rivalries the world over. They exist for a multitude of reasons. Some are deep-fueled hatred and resentment; others are healthy and good-natured. Sometimes both entities are from the same area; others, it’s because they’re in direct competition with each other to succeed. Religion even plays a part on occasion.

You only need think of the intensity between the New York Yankees and the Boston Red Sox (baseball), Liverpool vs. Manchester United, Real Madrid vs. Barcelona, Brazil vs. Argentina (soccer), India vs. Pakistan (cricket), Bjorn Borg vs. John McEnroe, or more recently Roger Federer-Rafael Nadal (tennis) or America vs. Europe in golf’s Ryder Cup, the list is endless.

In boxing, there are also – and obviously – many rivalries: Muhammad Ali-Joe Frazier, Arturo Gatti-Micky Ward, Marco Antonio Barrera-Erik Morales. Latin machismo is up for grabs every time a Mexican meets a Puerto Rican.

However, on the other side of the planet in Asia, a lesser-known but just as impassioned a rivalry exists between Thailand and Japan. Interestingly, while Thai boxers occasionally win in Japan, incredibly, the opposite has never happened in 20 world title bouts that have taken place in Thailand, arguably the harshest of environs in the world for a visiting fighter to succeed in.

Jan. 23, 1964, Pone Kingpetch SD 15 Hiroyuki Ebihara – Kingpetch was stunningly stopped in a single round in Japan. He returned four months later with home advantage and exacted a measure of revenge, eking out a razor-thin split decision.

Oct. 27, 1973, Chartchai Chionoi UD 15 Susumu Hanagata – Chionoi successfully turned back the challenge of teak-tough Hanagata, though he lost the rematch in Japan.

April 19, 2002, Pongsaklek Wonjongkam KO 1 Daisuke Naito – The legendary Pongsaklek scored the quickest knockout in flyweight world title history, in the first of a series of bouts with Naito.

April 6, 2007, Pongsaklek Wonjongkam RTD 7 Tomonobu Shimizu – Pongsaklek easily had his way with the future WBA 115-pound beltholder, breaking his nose and dropping him before forcing the Japanese fighter to retire at the conclusion of the seventh round.

July 1, 2011, Pongsaklek Wonjongkam UD 12 Takuya Kogawa – Pongsaklek continued to be the scourge of Japanese flyweights, turning another back.

Dec. 23, 2011, Pongsaklek Wonjongkam TD 1 Hirofumi Mukai – The fight was curtailed in the opening round because of a clash of heads that rendered the fight void.