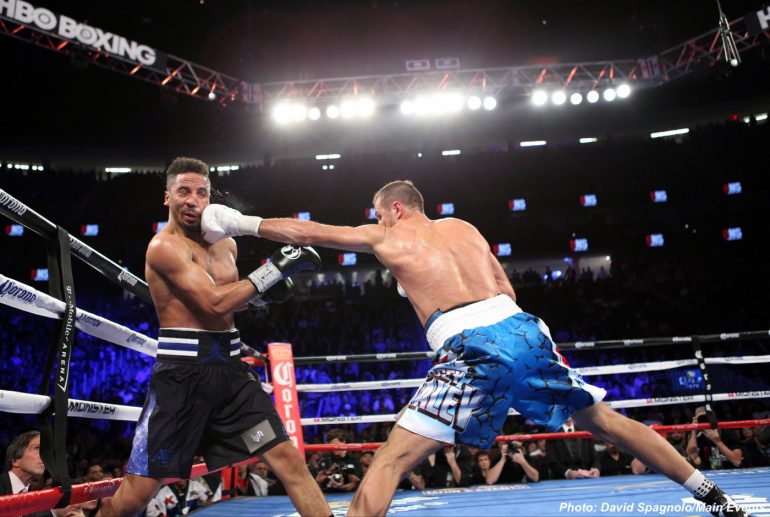 Sergey Kovalev’s light heavyweight championship with Andre Ward on Nov. 19 may have been a massive encounter with pound-for-pound implications, but it certainly didn’t translate into massive success at the box office.

The bout, won controversially by Ward, generated just over 160,000 buys on HBO pay-per-view, a source confirmed to RingTV.com on Monday morning. The news was first reported by Yahoo!Sports. It’s a disappointing figure for a fight that featured two of the sport’s top performers, and which probably exceeded expectations in terms of drama. Ward rose off the deck in the second round to eke out a very close unanimous decision by three scores of 114-113.

In light of other recent PPV match-ups, Ward-Kovalev was a letdown. Though officials for the fight didn’t expect huge numbers, just over 160,000 is less than Manny Pacquiao’s decision against Jessie Vargas on Nov. 5 produced. Promoter Bob Arum said that bout did a little more than 300,000 PPV buys, and it’s possible that fight — just two weeks before Ward-Kovalev — affected sales.

Ward-Kovalev, who both had never fought on PPV before, was comparable to Gennady Golovkin’s eighth-round stoppage of David Lemieux in 2015, which did around 150,000 buys on HBO PPV. Golovkin and Lemieux had also never fought on PPV before and weren’t mainstream attractions. The same could be said of both Ward and Kovalev, who, while well-known and celebrated among boxing fans, may not have currency with general sports fans. Kovalev has a rematch clause to face Ward again and the question will be if the sequel should be on HBO PPV after the disappointment of the first fight.