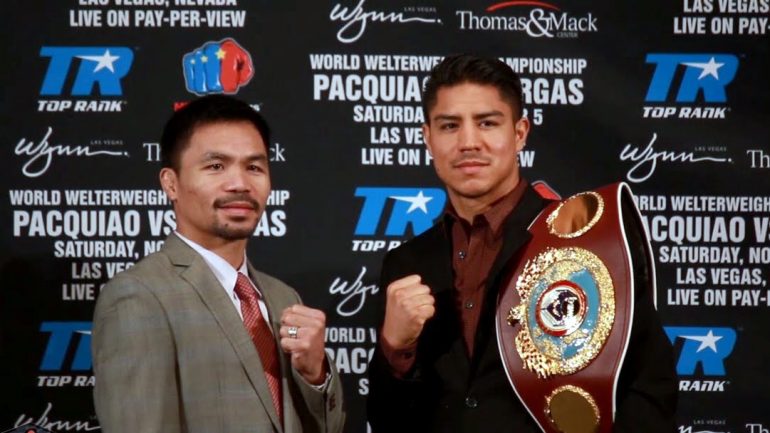 Manny Pacquiao is 37 and doesn’t throw as many punches as he once did but he can still bring it.

Two judges saw a onesided fight, scoring it 118-109 (or 10-2 in rounds) for Pacquiao. The third, Dave Moretti, somehow scored it 114-113 for Pacquiao. That means he gave six rounds to Vargas, who went down in the second round from a left hand.

Vargas was competitive early in the fight, occasionally landing the hard right for which he is known. However, by mid-fight an energized Pacquiao had taken control and won going away (if you don’t count Moretti’s curious card).

Pacquiao hadn’t held a world title since May 2 of last year, when Floyd Mayweather Jr. took his WBO belt. Mayweather gave up the title upon his retirement, after which Vargas won it but stopping Sadam Ali.