Jerry’s World a test run for Canelo-GGG in 2017 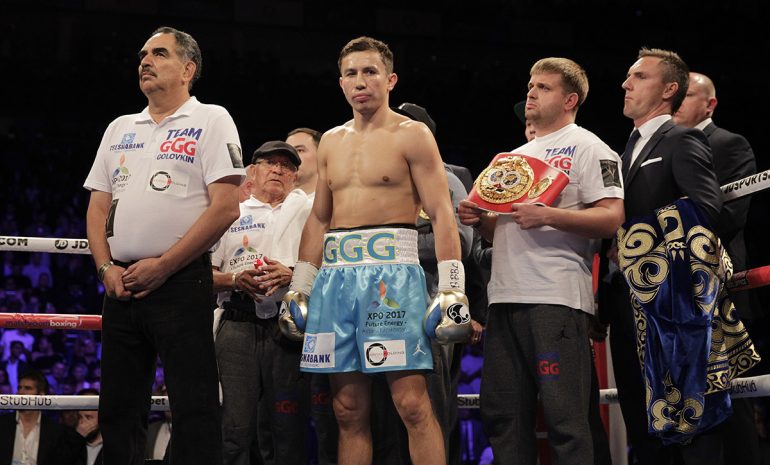 ARLINGTON, Texas – Oscar De La Hoya admitted he’s looking at Saturday’s bout between Canelo Alvarez and Liam Smith at AT&T Stadium as a sort of test run for potentially putting Canelo’s mega-fight with middleweight champion Gennady Golovkin at the same venue. De La Hoya has maintained a verbal agreement is in place for Alvarez to face Golovkin in the fall of 2017.

“I’m not counting it out,” De La Hoya told RingTV.com on Thursday of staging it at the home of the NFL’s Dallas Cowboys. “It can be a possibility. Look, Jerry Jones has been very bullish on staging the major events here and Jerry Jones loves boxing and there’s no reason why some of the biggest fights in boxing can’t be staged here at AT&T Stadium.”