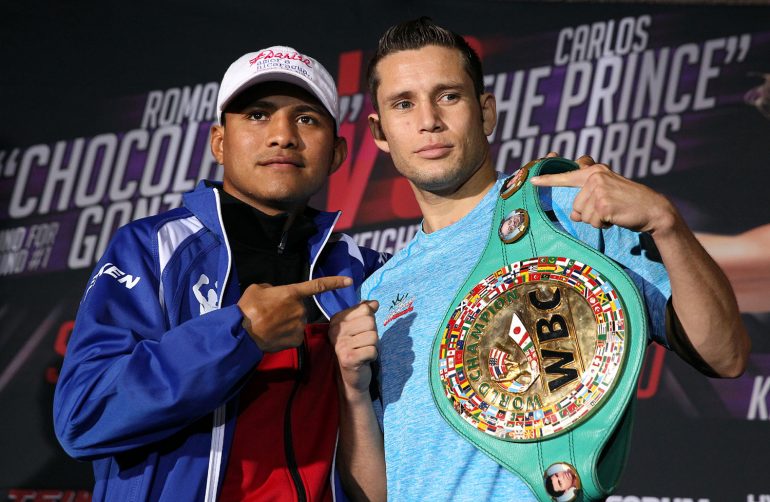 Nicaragua’s Gonzalez (45-0, 38 knockouts) tipped the scales at 114.6 pounds on Friday while Mexico’s Cuadras (35-0-1, 28 KOs) weighed 114.8 for their match at the Forum in Inglewood, California (HBO, 10 p.m. ET). Gonzalez, the pound-for-pound king, will attempt to win a title in a fourth weight division, surpassing his idol, mentor and fellow countryman, the late Hall-of-Fame boxer Alexis Arguello, a champion in three divisions.  No boxer from the Central American nation has ever won titles in four weight classes and Gonzalez will try to achieve the honor in the first HBO card he has headlined at a venue that Arguello populated four times (4-0).

In the HBO co-feature, Jesus Soto Karass weighed 154.4 pounds, Yoshihiro Kamegai 153.4 for their junior middleweight rematch of their April slugfest, which ended in a split draw.