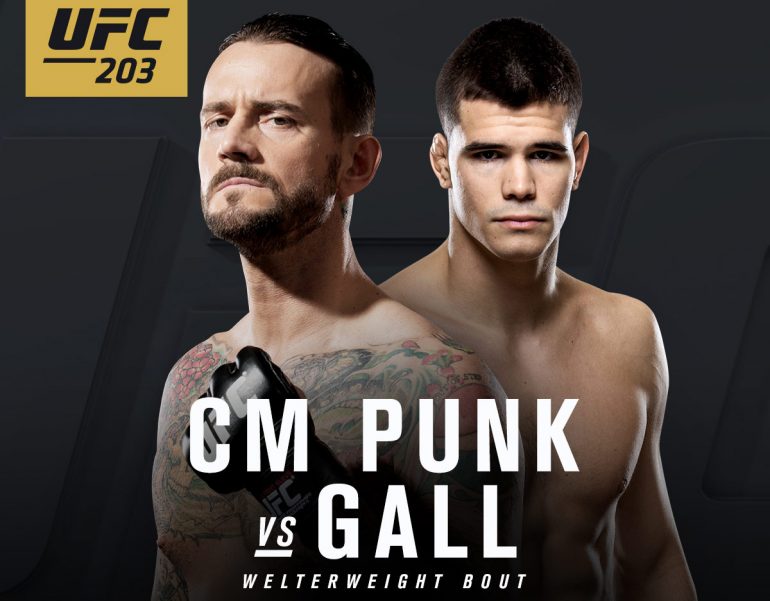 The former WWE superstar will take on welterweight prospect Mickey Gall (2-0 MMA, 1-0 UFC) who called out Punk in front of Dana White after winning his professional debut match.

“I knew what I was getting into,” Punk said. “As much as people want to say I didn’t, I did. And nothing surprised me. I think the level of competition in my gym would be surprising to most people, but it wasn’t eye-opening to me or anything like that. I wanted to do this, I wanted to be at the highest level with the best gym in the world against the highest guys. It’s about proving something inside the octagon.”

When asked what will define a successful appearance in the Octagon, the former wrestling star known for controversial promos was straight-forward when he told RingTV.com:

“I think success is defined by the individual I’ve had a successful camp along with bumps in the road. To me, fighting in the Octagon is a success. I think walking in there is a success so I win two or three that night. I win when I walk in there, I win when I win and I win when I get to eat a pizza afterwards.”

For those thinking this is a one-time deal, similar to what Punk’s fellow WWE friend Brock Lesnar did at UFC 200, think again. In fact, the rookie fighter expressed every intention of fulfilling his UFC contract.

“After this fight, I’m not looking at who No. 2 is going to be, I’m just focused on this one,” Punk said during media conference call. “But to say this is one and done, I think that’s premature. But I’m also old and wise to know that (you should) never say never. Who knows what’s going to happen?