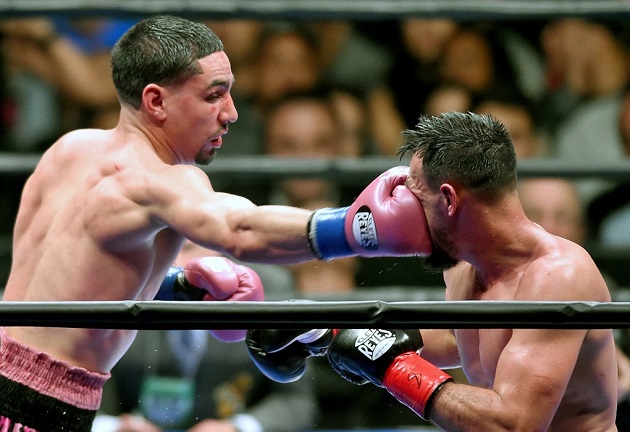 Danny Garcia, who has been rumored to face a number of high-profile fighters, is targeting a Sept. 24 return on Showtime, a source with knowledge of Garcia’s plans told RingTV.com on Tuesday.

An opponent is being determined, but Garcia (32-0, 18 knockouts) is obviously not coming back to face Manny Pacquiao, the source said. And though the timetable remains fluid, Sept. 24 is a working date for now.

Garcia last fought on Jan. 23, defending his WBC welterweight title successfully against Robert Guerrero at Staples Center in Los Angeles. Garcia was seemingly a dark horse candidate to face Manny Pacquiao in his return bout in the fall but the Philly fighter is apparently no longer an option.