Lucas Browne has been stripped of title and suspended six months 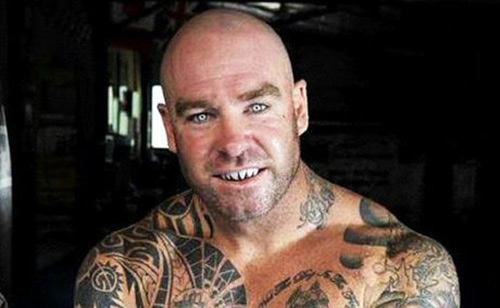 13
May
by Mitch Abramson

The WBA formally stripped heavyweight titleholder Lucas Browne of his secondary belt and suspended him for six months on Thursday after his “B” sample tested positive for the banned weight-loss steroid clenbuterol.

Browne failed a drug test following his dramatic tenth-round comeback knockout-victory over Ruslan Chagaev on March 5 in Grozny, Russia that allowed him to capture a version of the WBA championship and technically become the first Australian to win a heavyweight title. The 37-year-old was treated like a celebrity upon returning to his country. But the result of the fight will now be changed to a no-contest after both his “A” and “B” samples tested positive for the steroid. Browne’s record now stands at 23-0 with 20 knockouts and one no contest.

Chagaev, who is rumored to be considering retirement, will regain the title once he has reportedly paid the sanctioning fees associated with the belt. The WBA said that after Browne’s suspension is up, his standing within the WBA will be reevaluated.

Browne has maintained that he didn’t knowingly consume clenbuterol, citing his wish to be tested by the Voluntary Anti-Doping Association (VADA) before the fight as proof he wouldn’t dope. Browne was somewhat dismissive over Thursday’s news, writing on his Twitter account that he’s “leaving everything to my lawyer, Mr. Leon Marguels,” suggesting he might fight the ruling. Browne later posted a video on Twitter. “It is what it is,” he said. “They stripped me of the title. So now I’m supposed to get back to training, better than ever, and I will be back.”

Chagaev, if he still intends to fight, has 120 days to negotiate a fight with Fres Oquendo, who by a United States court order was authorized to face the winner of Chagaev-Browne, according to the WBA. Oquendo is the mandatory opponent for whoever emerges between Luis Ortiz, who also holds a secondary WBA title and Alexander Ustinov. Ortiz and Ustinov have reportedly agreed to fight each other later this year. The winner of those fights would then be ordered by the WBA to face the winner of the rematch between Wladimir Klitschko and RING/WBA/WBO champion Tyson Fury on July 9.