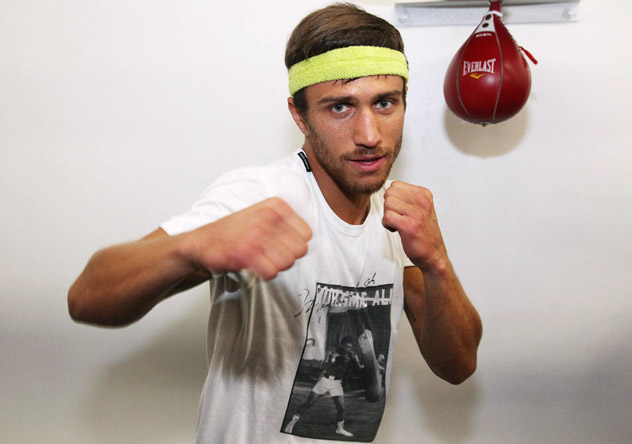 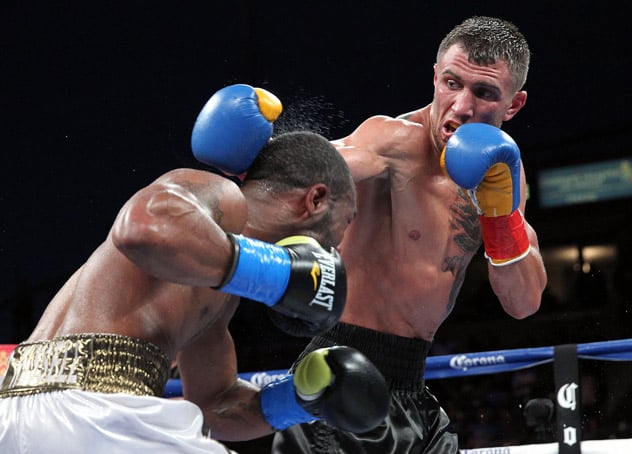 Bob Arum has given up on his persistent quest to make a junior lightweight bout between WBO featherweight titleholder Vasyl Lomachenko and former champ Nicholas Walters on June 11 at Madison Square Garden on HBO.

Arum is now trying to finalize a bout between Lomachenko and Puerto Rico’s Roman “Rocky” Martinez for his WBO junior lightweight title on the same date, venue and network after Walters priced himself out of the matchup, Arum told RingTV.com on Wednesday.

“That’s the direction we’re headed,” Arum said from Las Vegas, where he is busy promoting Manny Pacquiao’s third fight with Timothy Bradley on Saturday. “That’s the fight we’re trying to make. It no longer involves Walters.”

Arum had been trying to shop Lomachenko-Walters to Showtime in February in a bid to make the financials work. Arum said that Walters purse demands were too high, and Martinez (29-2-3, 17 knockouts) is a more economically reasonable option for the two-time Ukrainian Olympic gold medalist Lomachenko (5-1, 3 KOs). Walters was asking for $1 million to fight Lomachenko, which was basically the amount of money that HBO had budgeted for the entire fight, Arum said.

Even when Walters lowered his asking price and Lomachenko offered to give Walters $300,000 from his $850,000 purse if Walters won — a deal couldn’t be reached. And so Arum, who is celebrating the 50th anniversary of his first boxing promotion, will now look to Martinez to fill the void. Martinez kept his title after reaching a split draw with Orlando Salido in their Sept. rematch.

The June 11 co-feature at MSG’s Theater will star the highly-regarded lightweight Felix Verdejo (20-0, 14 KOs) against Jose Felix Jr. (33-1-1, 25 KOs) in a step-up fight, Arum said. Verdejo also has a scheduled April 16 bout in San Juan, Puerto Rico to get through.

Arum is also working on a deal for Terence Crawford and Viktor Postol to meet in a highly-attractive junior welterweight unification match on July 23 on HBO PPV with the MGM Grand emerging as the new favorite to host the bout after he had previously mentioned the Staples Center in Los Angeles as a leading candidate. “Nothing is done but we’re getting there,” Arum said of reaching a deal with the MGM Grand.