Shane Mosley to face David Avanesyan on May 28 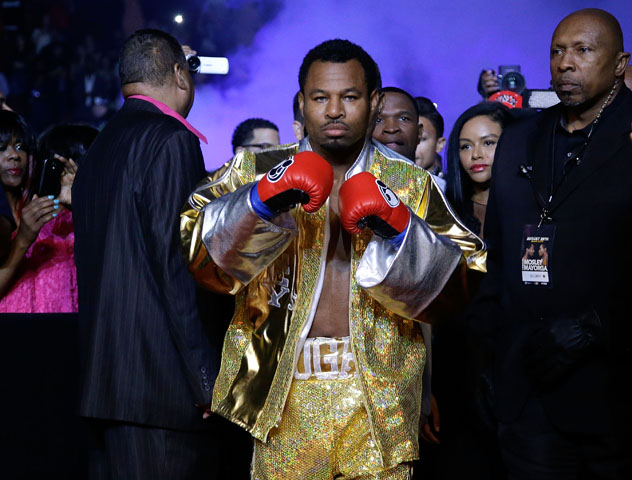 INGLEWOOD, CALIFORNIA – AUG. 29: Shane Mosley prepares to enter the ring prior to his rematch against Ricardo Mayorga at The Forum on Aug. 29, 2015 in Inglewood, California. (Photo by Jeff Gross/Getty Images)

Even though his best days are behind him, Shane Mosley believed he could land a major fight well past his 40th birthday.
While few took him seriously, that belief is now a reality.
Mosley will fight David Avanesyan on May 28 at the Gila River Arena in Glendale, Arizona, the three-division titleholder announced on social media Saturday night.
“It’s official. I’m fighting (the) WBA (No. 1) contender in the world, David Avanesyan at the Gila River Arena,” said Mosley.
The 44-year-old Mosley (49-9-1, 41 knockouts) looked like he was headed toward retirement after his seventh round technical knockout loss to Anthony Mundine in Nov. of 2013.
The itch to return to the ring was too much for Mosley to ignore as he fought a rematch against Ricardo Mayorga on Aug. 29 at The Forum in Inglewood, California. Mosley would knock out Mayorga toward the end of the sixth round.
In his last bout on Dec. 17 in Panama City, Mosley stopped former fringe contender Patrick Lopez in the 10th and final round.
Mosley announced last week on social media that he hired Roberto Duran to train him. Mosley said both hit it off while in Panama in preparation for the Lopez fight.
Mosley last won a major title in Jan. of 2009, when he stopped Antonio Margarito in the ninth round. He would lose the title to Floyd Mayweather Jr. by decision in May of 2010.
Avanesyan (21-1-1, 11 KOs) is unbeaten in his last 21 bouts as a pro. In his last bout on Nov. 7, the fighter from Pyatigorsk, Russia stopped Charlie Navarro in the ninth round.
Avanesyan’s only loss was in his second professional bout, a six-round decision to Andrey Klimov. He did score a one-sided 10-round decision over Kaizer Mabuza, and fought to a 12-round split decision against Aslanbek Kozaev.
Mosley, who will be involved as a promoter for the May 28 bout, said it will air on CBS Sports Network.
Francisco A. Salazar had written for RingTV since Oct. of 2013 and has covered boxing in Southern California and abroad since 2000. Francisco also covers boxing for the Ventura County (California) Star newspaper, Boxingscene.com and Knockout Nation. He can be reached by email at [email protected] or on Twitter at FSalazarBoxing.