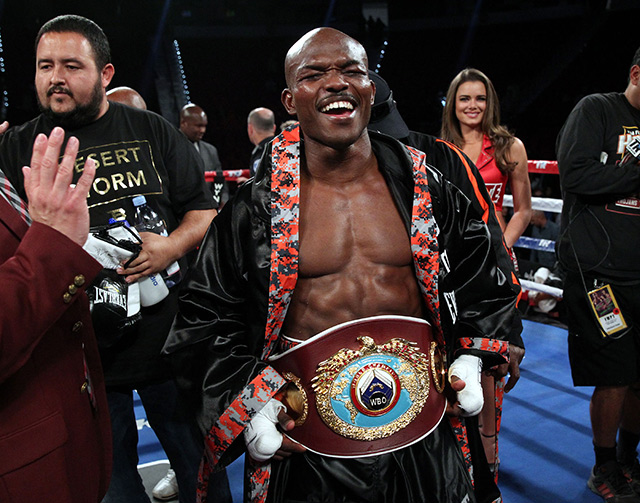 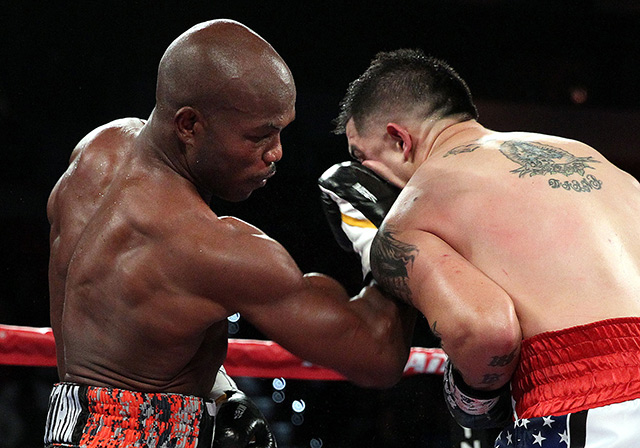 LAS VEGAS, Nevada – There were concerns about whether or not Teddy Atlas could make a difference in Timothy Bradley with just seven weeks of training. Those questions were partially answered as Bradley rolled to a picturesque performance against Brandon Rios that was punctuated by a scintillating ninth-round TKO in front of a pro-Rios but also very sparse crowd at the Thomas & Mack Center.

The knockout was impressive in itself as Bradley’s last win by stoppage came in 2011 against a faded Joel Casamayor. Before that? Nasser Athumani in 2007. The last time Brandon Rios had been knocked out? Never.

Bradley was shifty, sharp, accurate and simply a much better fighter than Rios. The only thing that you could question about the Bradley and Atlas union was who exactly was that man he fought in the ring? He looked like Rios, granted a Rios that had ballooned from 147 pounds to 170 on fight night. But when the bell rang he was flat and right there to be picked apart. Bradley obliged and used an effective blend of boxing and brawling to keep him off balance.

“The plan was to take a piece out of Rios every round and not get greedy,” Atlas said. “Take a piece, break him down and then you finish him off.”

And that’s exactly what Bradley did.

For eight rounds, Desert Storm landed the jab, put together combinations, sat in the pocket, and essentially beat Rios in every facet of the game. Each round, Bradley introduced a different part of his game. He started out of the gates fast and used aggression to surprise the bigger puncher. When Rios figured the fight would take place on the inside, Bradley popped out and shot the jab. Then he introduced body punching to Rios’ soft midsection. And as he noticed that Rios’ conditioning wasn’t up to par, he would clinch and lean on him against the ropes to squeeze whatever boxing life Rios had left. The Compubox stats tell a better story. Bradley landed 254 out of 570 punches (45%) and 54% of his power punches. Meanwhile, Rios could only land 18% of his punches (81 of 454).

By the time Round 9 began, Rios looked ripe for the taking and the 32-year-old scored his first knockout in nearly five years.

“I just did what Teddy told me to do,” Bradley said.

Bradley’s split from longtime trainer Joel Diaz was a surprising one when it was announced a few months ago. Many questioned if it was wise considering that Bradley had signed up to face a devastating puncher like Rios in seven short weeks. But during fight week it appeared that the marriage between fighter and trainer was off to a great start. But it had to be put in practice to see if there would be a honeymoon. If this is any indication, the rest of the 147-pound division, and the boxing world at large, have been put on notice.

When it comes to pure boxing ability, Vasyl Lomachenko (5-1, 3 knockouts) was light years ahead of Romulo Koasicha (25-5) to the point where the two shouldn’t have been in the same ring together. However, if arguably the greatest amateur boxer in history wants to translate his success to the mainstream, allowing subpar competition to last as long as Koasicha did will do him no favors.

It’s not that Lomachenko’s 10th-round knockout wasn’t impressive, because it was. It simply dragged on far too long as it was a one-sided drubbing from the time the two fighters got off the scale on Friday night. Lomachenko picked apart Koasicha from the opening bell and patiently found his openings to attack. His Mexican opponent didn’t offer much in return and only landed 75 of 607 punches. Meanwhile, the Ukraine fighter throttled his foe to the tune of a ridiculous 334 punches landed out of 717 (47%). He could have ended it in Round 7 as he started opening the toolbox and shredding his opponent with anything he wanted. There was frustration from fight fans in the building and on social media but Lomachenko could have cared less.

“I was having fun in there. If I wanted to stop him earlier but I would,” he said afterward.

As the fight entered Round 10, it seemed like a slight wind from Lomachenko could finish the fight and the 2008 & 2012 Olympic gold medalist finally gave the fans what they wanted. Lomachenko continued dissecting his prey before landing a body shot that clearly hurt Koasicha. A follow up left cross piled on the pain and sent Koasicha to a knee. Referee Robert Byrd began to count but Koasicha had no desire to continue and the 10-count was reached at the 2:35 mark.

“I knew the finishing punch would be a body shot but I didn’t know which side,” Lomachenko said.

Now that this fight is done, it will be interesting what Top Rank has planned next for Lomachenko. But it appears that the featherweight already has his own plans in mind.

“I want to unify the titles. I’m telling Top Rank I want to fight every fighter in my division.”