Tim Bradley vs. Brandon Rios is all about change 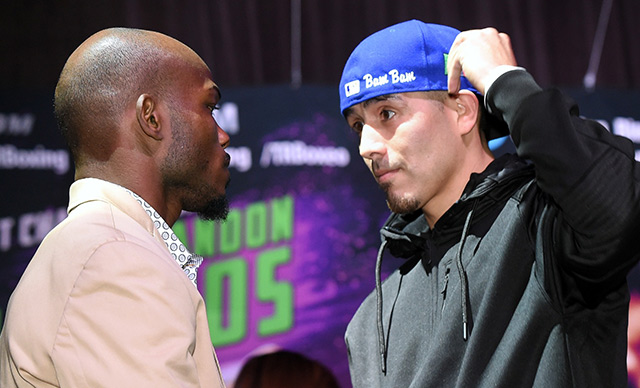 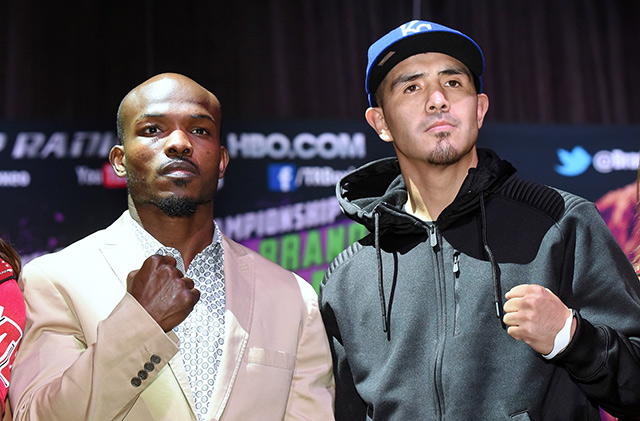 Saturday’s showdown between Timothy Bradley (32-1-1, 12 knockouts) and Brandon Rios (32-2-1, 23 knockouts) at the Thomas & Mack Center in Las Vegas should be titled “Changes.” Both Bradley and Rios are established fighters who have done things a certain way for so long but never quite reached the pinnacle they expected to occupy at this point in their respective careers.

However, it’s not as if either of them have failed by any stretch of the imagination. Rios is a former lightweight titleholder who has made a name for himself with his exciting style, heavy hands and iron chin. Bradley is a three-division champion who has beaten some of boxing’s elite.

The only common failure they share is losses to Manny Pacquiao. But, if you were to ask them, it’s a blemish they don’t totally accept. They also realized after their past few fights that there is always room for improvement.

For Bradley, the change has been dramatic. After over a decade under the tutelage of Joel Diaz, the 32 year old made a sudden shift in his camp by dismissing Diaz in favor of legendary trainer and current ESPN color commentator Teddy Atlas.

It wasn’t something that Bradley was pondering over time. Rather, after almost wasting a strong performance against Jessie Vargas by nearly being knocked out in the closing minute, he had an epiphany. And that epiphany happened when he sat down for his first interview with Teddy Atlas.

“I’d never done an interview with Teddy Atlas before,” Bradley explained of what could have been a bit of divine intervention when he was interviewed by Atlas after the Vargas fight. Bradley was overwhelmed with the analysis that Atlas offered him of his mistakes in that fight that led to him nearly being stopped in the 12th round and it opened his eyes to how much he still has to learn about the sweet science.

“I got off the phone with him and I told my wife that something is wrong here,” said Bradley, who felt that a whole new world had been opened to him. “(I started thinking) Will there be any corrections made when I go back to camp with Joel Diaz? No. I then told my wife that I want Teddy to train me.”

Once Bradley managed to convince Atlas to come out of his self-imposed exile from training, the fallout was sharp and swift. Numerous stories questioning Bradley’s decision and whether Atlas could break a decade of bad habits littered the internet. But as his first fight with Atlas in his corner approaches, the two seem like kindred spirits ready to takeover the world.

“It wasn’t easy in the beginning. It was hell. I would come home and literally felt like I knew nothing about boxing. I didn’t know if I was going to get through it,” Bradley told RingTV.com. But the wealth of knowledge that Atlas provided has allegedly plugged some glaring holes in his game. By the end of camp, Bradley says that his father even shed a tear because he never saw his namesake look so sharp.

“Teddy said to not let my body get ahead of my brain,” Bradley said as he has often allowed himself to “drift” in fights and lose focus. It’s the reason he ended up being caught by the Vargas right hand that nearly ended his night. “I had to promise him that it wouldn’t. He said that I have to be so focused on what I’m doing in the ring that I won’t have time to think about being tired.

“But nothing else matters if I don’t win on Saturday night.”

As for Rios, the changes haven’t been as publicly pronounced as Bradley’s. Rather, they have been slight shifts that have Robert Garcia believing that Rios is finally reaching his peak as a complete fighter. One of the changes was taking his camp out of Oxnard, California and moving it to Riverside, where Rios says there is nothing to do but train and watch TV.

“(Moving our camp) to Riverside has helped a great deal,” Garcia says. “I can see the difference. Brandon is focused and motivated.”

When talking to Rios, you can immediately sense that he’s not the same guy who was terribly unhappy before fights due to his struggles with weight and there’s a fire in his belly.

“I reached a point in my career when I matured and thought of my future,” Rios said. “My wife and I talked about it and I said this is it after the Pacquiao fight. I have to go back to what I love doing. I need to focus on boxing.”

Being in Riverside has helped Rios focus primarily on his craft as the distractions are just about completely eradicated. No family, no kids, no friends and no convenience stores.

“In Oxnard I’d leave the gym, go to a convenience store and do something stupid,” he says while referring to bad eating habits. “In Riverside there’s nothing to do.”

Over the years, Rios has had to battle his own demons. His departure from the 135 division to 147 was the first of many decisions that paid off.

“It was horrible,” Rios said of his previous struggles with trying to stay in the lightweight division despite his body saying otherwise. Even though he continued winning fights, his performance suffered and criticism about his cardio began to crop up. And then one day he realized he needed to move up or risk some serious health concerns. “It was so bad. Especially when I fought John Murray in New York. I pretty much died. I stopped cutting weight because I started spitting out blood and that’s a sign of my kidneys failing. Right there I said that would be it.”

Rios jumped to the junior welterweight division and engaged in a pair of memorable wars with Mike Alvarado. Despite losing the second fight, he ended up scoring a dream fight against Manny Pacquiao. But that gift ended up being a curse as Rios was thoroughly dominated and, as he explains, “got a big head.”

“I was grounded before the Pacquiao fight but once I signed to fight Pacquiao and got the money my ego was on steroids,” Rios said. “Everything didn’t go as well as it should have. I got big headed and stupid because I had a lot of moneyÔÇªafter that my fire was burned out.”

But Garcia got his pupil back together and Rios put together a dominant performance when he scored a third-round stoppage over Alvarado in the rubber match. And now, he has his eyes set on Bradley.

“A loss against Alvarado could have been the end of Brandon Rios and I feel the same about this fight,” Rios said.

Changes. There has been big ones and small ones between the two fighters. But while both parties say that their changes will lead them to victory, only one can be right.

Who will it be?