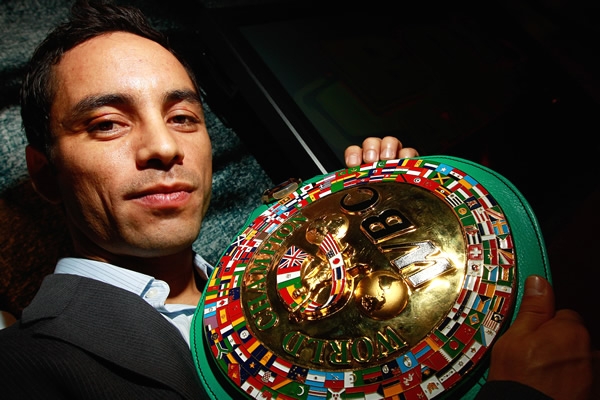 On Wednesday, he looks to add to his list of accolades when he challenges Lee Selby for the IBF featherweight title.

“I am really motivated and focused on winning my sixth world championship in four different weight classes,” Montiel told RingTV.com through Genesis Carrasco. “I want to make history and become the greatest boxer from Sinaloa [Mexico]. I want to reach another goal.”

Since before Montiel can remember, he’s been involved in boxing. “I was born in the gym,” he says with a chuckle.

He comes from a fighting family; his cousins, uncles and his father Manuel Sr. boxed. His father fought the legendary Miguel Canto in 1973, dropping a 12-round decision in a Mexican flyweight title fight in 1974. Fernando is the youngest of four brothers, all of whom boxed, three professionally.

“My dad gave me support,” he said. “I think I have had the skills in my blood to be a great boxer since I was a kid.”

Montiel turned pro in 1996, going 20-0-1, before he won his first world title in 2000 when he unseated Isidro Garcia to become WBO flyweight champion. Three successful defenses followed before he vacated his title to move up to junior bantamweight.

Montiel met Pedro Alcazar for the WBO 115-pound belt in Las Vegas on the undercard of Marco Antonio Barrera-Erik Morales. “Kochulito” stopped the brave Panamanian in the sixth round but victory was bittersweet for Montiel. It came with a price.

Tragically, two days after the fight, Alcazar would lose the greatest of battles, his life, due to injuries suffered in the fight. It was understandably a tough moment in Montiel’s life.

“I wanted to retire after that. I took it very badly,” he said solemnly. “I got calls from his family. They said it’s just an accident; move forward.

“I took time to think about another fight; it took like six months.”

Montiel found a way through the turmoil and continued his career; two victories set him up to fight former two-division champion Mark Johnson, who would inflict the first loss of Montiel’s career by close majority decision.

Montiel made seven title defenses before again vacating to move up in weight. Midway through his reign, Montiel unsuccessfully challenged Jhonny Gonzalez for the WBO bantamweight title, dropping a decision to his bigger countryman.

In early 2010, Montiel won the WBO 118-pound title, blitzing Ciso Morales in a single round. That was followed by what he calls his best win, a fourth round stoppage of long-reigning WBC kingpin Hozumi Hasegawa.

The Hasegawa win was preordained.

“When I was a kid, I always liked to draw,” Montiel said reflecting on his younger days, “and I drew a ring, a belt and in the ring was me getting a title in Japan.

“When the time came, we were in Japan at the hotel before the Hasegawa fight; he said, ‘Come here.’ I was like, ‘What’s going on?’ He said, ‘I’m going to give you something you gave me when you were a kid.’ I had forgotten all about it. It was a huge surprise.

In early 2011, Montiel met fellow star Nonito Donaire on HBO, it was a highly-anticipated fight between the two top fighters in the bantamweight division.

It wasn’t a good night for Montiel. He was stopped for the first and only time in his career when Donaire landed a picture perfect left hook that dropped Montiel heavily in the second round. Though he rose, the fight was quickly waved off with the brave Mexican in no position to continue.

A couple of wins put him back on track before he lost on points to future 122-pound titlist Victor Terrazas. Since then, Montiel has won eight consecutive bouts. His record currently sits at 54-4-2, 39 knockouts, going 17-4 in world title outings.

During his near-20-year career, Montiel has fought many of the top fighters in the various weight classes in which he has competed. He says he’d have liked to fight Vic Darchinyan, a rematch with Nonito Donaire, as well as crosstown rival Jorge Arce.

“We have different promoters,” explained Montiel. “I always asked Jorge ‘Travieso’ Arce to make the fight happen and he took other fights.

“He’s a friend and he said, ‘I don’t want to hurt my friendship with you.’ We had different promoters. He was with Zanfer; I was with Gary Gittlesohn, Lou DiBella, Oscar De La Hoya and [Ricardo] Maldonado.”

Montiel is married and has three children, a daughter, 16, from a previous relationship and two sons, 7 and 4, with a fourth due at the end of this month.

He runs a family gym in Los Mochis, which was renovated two years ago and is now state of the art. He says that, because of the gym, he no longer runs the surrounding hills for road work instead using the treadmill: “[The gym] is more specific to my training. I used to be more rustic. This helps me preserve my body more.” 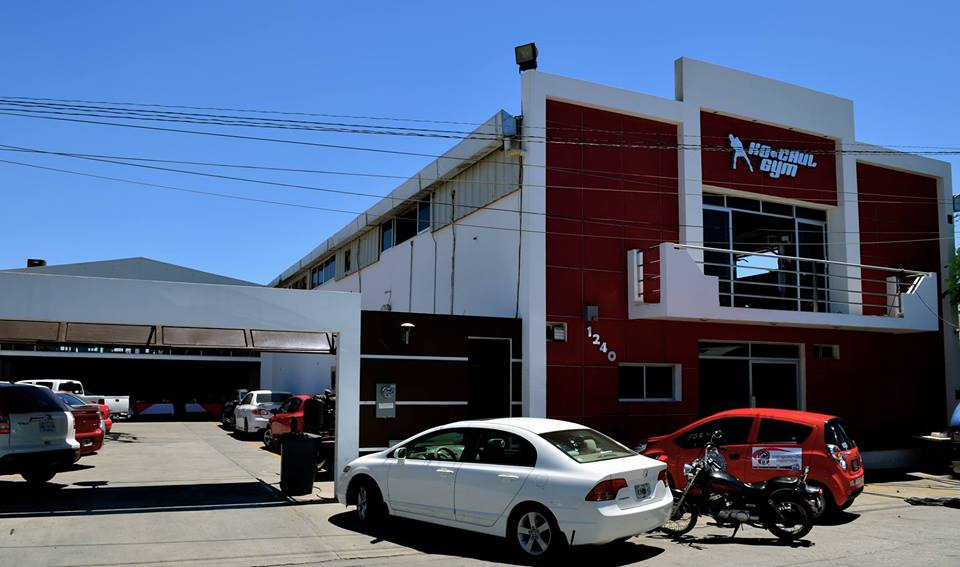 As well as the gym, Montiel also owns a local spa and has a swimming pool that people rent for parties and events. He rents out houses and is looking to expand his empire and intends to continue his boxing legacy but once he retires, he will train fighters at the gym. 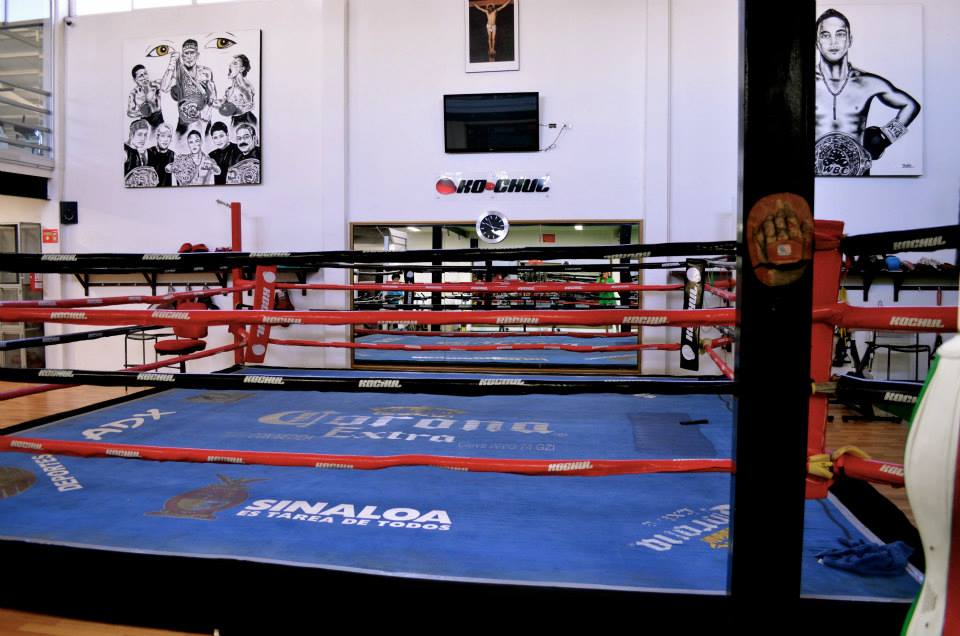 Whilst in Los Mochis, I visited Montiel’s gym, where Fernando kindly took part in the ‘Best I’ve Faced’ series. 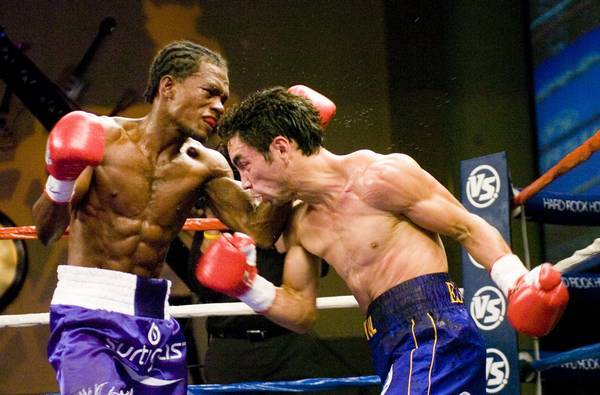 Luis Melendez: It was hard because when he was receiving the hit, he took the punch; he was a tough fighter. At that moment, he had better skills than anyone else I faced. Z Gorres was a tough fight but I didn’t prepare enough. I was not 100 percent ready for that fight; I was 60, 70 percent.

Mark Johnson: It was like a surprise and his experience. Also Jhonny Gonzalez, he had a very good jab.

Johnson: Because he was a southpaw, he had more experience than me. Jhonny Gonzalez also had good defense; he was a great counter-puncher. I had to think, if I throw and miss, he’s going to counter. He was a lot bigger than me.

Melendez: I hit him with every punch and he didn’t receive any damage. I was like, “Why is he not receiving any damage?” I kept hitting him in the ribs [and eventually stopped him in the last round]. 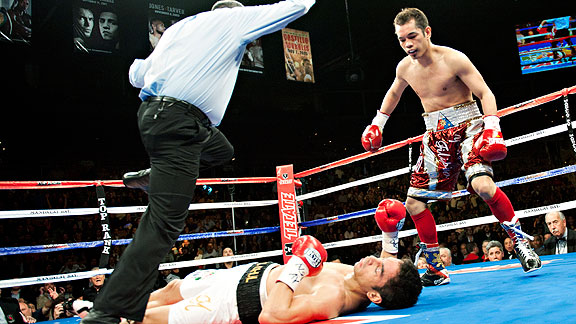 Nonito Donaire: The one who connected was Donaire; he knocked me out. When I was throwing a punch, I was also receiving the punch from Donaire, so I didn’t see where it came from. It was in the blind spot. 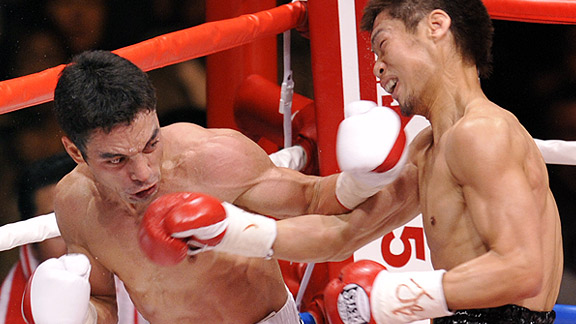 Hozumi Hasegawa: Mark Johnson and Nonito Donaire were quick but I would say Hasegawa. He was very explosive throwing the punches. I had to surprise him because I knew he was going to throw the punch and to make the move to make me able to knock him out.

Hasegawa: Donaire wasn’t really a fight; it was two rounds, so I couldn’t really see how good he was in other areas. It was one punch. Hasegawa, Mark Johnson and also Zoltan Lunka in Germany. He has speed in his feet and punches.

Hasegawa: He was trying to play with me, trying to make me angry. He was smart but I took advantage and knocked him out when he didn’t expect it. The joke was on him! (Laughs) 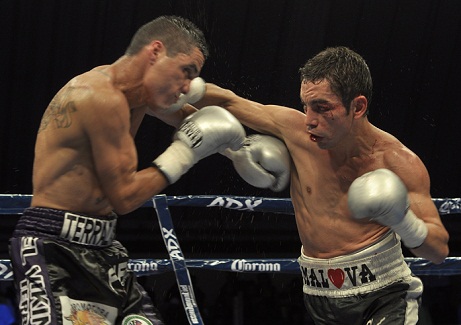 Victor Terrazas: “Vikingo” Terrazas and Jhonny Gonzalez but if I picked one I would say Terrazas because he was bigger.

Donaire: The toughest fight of my life is my wife! (Laughs) I always lose! Nonito was the best because he knocked me out and he did what nobody else did.