Omar Narvaez looks to bounce back from Inoue KO loss 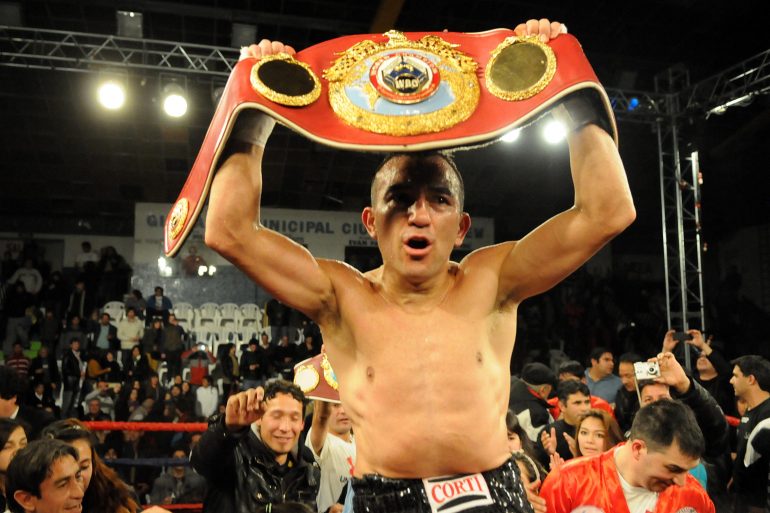 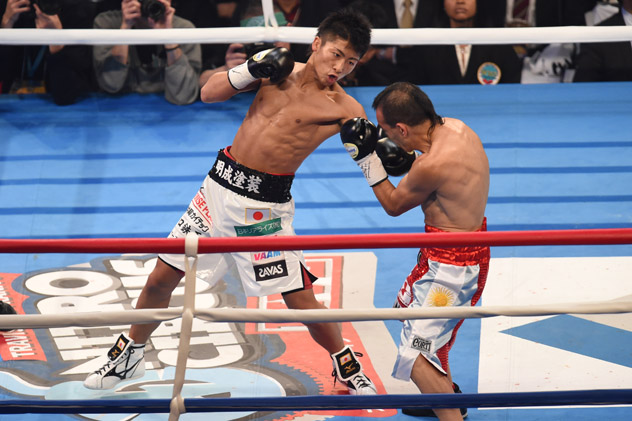 Very few fighters expect to retire as champion but the feeling of climbing though the ropes as a former champion for the first time can be difficult to prepare for.

However, former two-division titleholder Omar Narvaez is unusually upbeat as he prepares for his first bout since suffering a second-round knockout loss to Naoya Inoue in December. After a few schedule changes, prompted by minor injury and venue difficulties, THE RING No. 5 rated junior bantamweight will face Diego Pichardo Liriano (16-6-1, 3 knockouts) on Saturday, in Buenos Aires.

“I think the first thing I’ll feel is pride,” said Narvaez (43-2-2, 23 KOs), when asked about the sensations he expects to experience as the announcer introduces him as ‘the former champion’ for the first time in 14 years. “I am grateful to boxing and life for allowing me to be a champion for such a long time, for having made history in Argentine boxing. I believe it will be a compliment to me.”

The loss to Inoue could have prompted Narvaez to consider retirement but after taking time off to train young fighters and work on his motorcycles, he appears ready for one last run at top level. He also hopes Saturday’s opponent is up to the challenge.

“It remains to be seen how my opponent feels about fighting a former champ,” said Narvaez, steering clear of the critics who claim that he is ripe for the taking. “I will climb the ring with the peace of mind of being fully prepared, as I am with all my fights. As one grows up, one becomes more serious and focuses more on his work. My experience will give me pride and peace of mind, all in one.”

Narvaez, who broke the record for number of consecutive title defenses by an Argentine fighter (previously held by Carlos Monzon) admits he is still haunted by what happened against Inoue in December. He was a slight underdog against one of boxing’s new boy wonders but few expected him to be annihilated inside two rounds.

“The first thing I felt was exactly what I felt in the ring, a stunning feeling of surprise,” said Narvaez about his defeat at the hands of Inoue, currently in the conversation as one of boxing’s best pound-for-pound fighters. “I felt it the same way you guys felt it. I never imagined that the first punch at the very beginning could stun me like that and I never expected the fight to end in that fashion. I never imagined that outcome. But I thought long and hard about it, trying to find my mistakes, and I truly didn’t make any.”

It’s hard to believe that a fighter who got demolished in less than six minutes is unable to pinpoint his own failures but Narvaez appears to attribute his loss to the blitzkrieg that Inoue unleashed.

“Everything happened too fast,” said Narvaez. “If I tell you, ‘I lowered my guard and he surprised me,’ it would be different but I was always on my toes. When I saw the punch coming, I put up my forearm and the hand landed above it. It was impossible to block and it was very powerful. That was the punch that ended the fight. Only 15 or 20 seconds passed before he landed his first big punch and, after that, I was already hurt. And then he finished off with a terrific hook to the body. There were no excuses.”

Even though he shouldn’t expect the same treatment from Pichardo, Narvaez claims he’s expecting a stiffer challenge than what most people expect.

“I take him as if he was one of the best,” said Narvaez of an opponent who has developed his entire career in Argentina, where he took part in a memorable trilogy with Sebastian Rodriguez and defeated two-time title challenger Roberto Sosa. “I never underestimate my opponents and I don’t look at their records; it’s against my nature.

“Pichardo’s hunger will push him out of his comfort zone and he’ll have to come after me and try to run me over. We’ll look to put him on the spot and make him feel uncomfortable in the ring. We’re both southpaws with great technique and I’m hoping for an attractive fight.”

Narvaez, at the age of 40 years old, would not receive criticism if he elects to retire after this bout but the fighter in him sees further opportunities on the horizon.

He said, “I’ve had offers to compete at bantamweight but I want to test the waters in this fight. I feel ready to perform at this level but if something comes up at 118 pounds, I’m sure we’ll give it a shot. Right now, I’m getting ready to show the world that I’m fine and I want to demonstrate to myself the type of condition I’m in.

“If I can’t demonstrate that, I may have to step away from boxing.”

Narvaez, who earned his two WBO belts (at 108 and 112 pounds) at the legendary Stadium Luna Park, in Buenos Aires, is aware that he will likely be forced to travel for future title opportunities. He may even have to visit places that he was accused of avoiding, mainly for fear of being robbed. And we’re not talking about gold chains and video cameras.

“If I didn’t fight abroad in certain fights, it was because they weren’t attractive offers and I ended up making the same money in Argentina,” said Narvaez, responding to accusations of him being a ‘protected fighter,’ despite the fact that he has posted several solid wins abroad. “It happened with [Mexican challenger Felipe] Orucuta twice. I ended up making more money in Argentina than what I would have made in Mexico. That’s the same with most opponents except with [Inoue], who offered a substantial amount of money. But I am ready for anything and I will always give my best.”

If an attractive opportunity arises, however, his final career goal may be worth the trip.

“A third title in a third division,” said Narvaez, identifying the last remaining dream in an already stellar career. “I believe that I’ll be fighting for a title at bantamweight and we’ll risk it all. If God says it can’t happen, I’ll accept it and be proud of the career I had.”

After winning his first title against Nicaragua’s Adonis Rivas and beating his compatriot Everth Brice├▒o to grab a second trinket, Narvaez could be feeling the temptation to go 3-0 against defending Nicaraguan titleholders. However, a clash against THE RING No. 1 pound for pound champion, Roman “Chocolatito” Gonzalez, is a dream which may be unattainable at this point.

“Now that I’m 40 years old, everyone wants to fight me,” said Narvaez, who is routinely mentioned by other titleholders as a possible opponent. “It’s funny, but that’s the way it is. I guess I’m headed in a different direction.

“Right now, there are talks about Inoue and Chocolatito clashing in the future, so the division is going strong. Other people want to see me fight (fellow former titleholder and compatriot) Juan Carlos Reveco but I’m old-fashioned, and believe we’re on the same team. We should be trying to achieve other things but if the occasion arises to fight for a title, I believe we’ll both say yes.”

Anything can happen in the final stage of Narvaez’s illustrious career but the man who matched Julio Cesar Chavez’s record of 27 title defenses will not battle foolishly against father-time.

“I could see myself fighting for one or two more years, if my body allows it, but only if I feel well inside the ring,” said Narvaez, who also looks forward to a life as a boxing trainer, a field in which he appears to find the same sense of achievement and the same hunger for glory that fed his legendary run inside the squared circle.

“I’ve always trained other people. I’ve put together my own place and I don’t have to depend on nobody else. I’ve done it for many years. It’s in me and it keeps me busy. It’s something that I love and I have a great aptitude for it.”