The case to keep boxing in the service academies 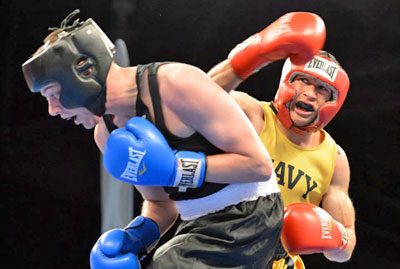 The New York Times ran a front-page article on Sept. 30 that focused on the concussions suffered in West Point’s boxing program. The thrust of the article was that these programs constitute a barbaric tradition that should end.

Boxing was installed as a required course at the United States Military Academy in 1905 at the suggestion of President Theodore Roosevelt. At West Point today, all plebes (first-year cadets) take a boxing class consisting of 19 45-minute “lessons” that prepare them for three “test” bouts.

Owing largely to similar requirements at Annapolis and Colorado Springs, the three service academies have won 28 of the past 33 National Collegiate Boxing Association championships.

Boxing is not required for students who enroll in the Reserve Officer Training Core at other colleges, nor is it part of the basic training for regular military enlistees.

In its article, The Times noted that there have been 97 documented concussions from boxing at West Point during the past three academic years. That equates to roughly three percent of all male plebes. The Air Force Academy has reported 72 concussions during that time frame and the Naval Academy 29.

And it quoted Brenda Sue Fulton (a West Point graduate who is chairwoman of West Point’s civilian advisory committee), who said, “There is an argument that whatever benefit a cadet gains from boxing, the cost of missing studies, of missing training, of becoming more vulnerable to injury down range, are detrimental to military readiness. It’s possible, by trying to prepare our cadets, we are making them less ready.”

You learn to think and make decisions under stress. You train your mind to not give up before your body does. Military combat is far more serious than boxing but some of the demands are the same. – Boyd Melson

Plebes who are forced to drop out of the cadet boxing course due to a concussion are required to complete the course the following year.

Are the required boxing courses a good idea?

Moreover, the ultimate purpose of the boxing classes isn’t to teach boxing skills. It’s to instill mental toughness and teach disciplined aggression, to show young men how to face their fears and prepare them for that moment down the road in military combat when they have only themselves to rely on.

Cadets graduate from the United States Military Academy as second lieutenants. Many of them are soon in the field, leading other soldiers in combat. The curriculum at West Point is designed to put them under pressure. Each student is tested in and out of class in multiple ways every day. 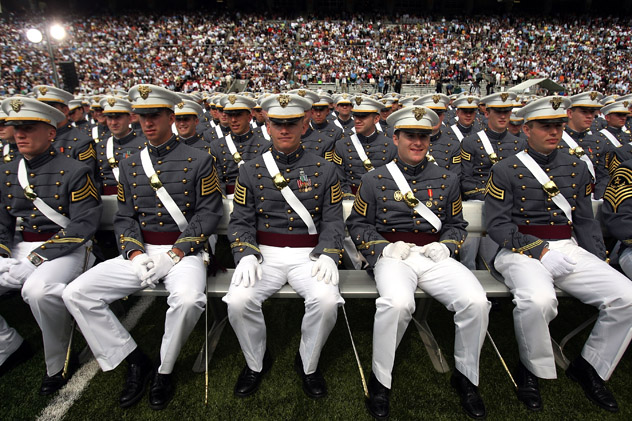 Boyd Melson graduated from West Point in 2003. After fulfilling his service commitment, he turned to professional boxing and has compiled a 15-1-1 record as of this writing.

“When you’re in combat,” Melson told me last year, “it’s not about American freedom at that particular moment in time. It’s about you and your buddies surviving. In boxing, you’re trying to hurt someone to win and that person is trying to hurt you. You learn to think and make decisions under stress. You train your mind to not give up before your body does. Military combat is far more serious than boxing but some of the demands are the same.”

Then Melson talked about a fight he had against Donald Ward on Feb. 12, 2014, at Roseland Ballroom in New York. In Round 3, Boyd injured his brachial plexus (a network of nerve fibers running from the spine through his neck into his right arm).

“The pain was excruciating,” Melson recalled. “I couldn’t control my arm. I couldn’t feel my fingers in my glove. I thought I was having a stroke. My first thought was, ‘I don’t know what’s happening to my body. I’m scared. I have to quit.’ I started to turn to take a knee. Then I thought about my training at West Point. To survive in combat and in the ring, you slow time down around you when, in reality, real time is taking place. You gut it out and do whatever you have to do to survive. That’s what I did that night.”

From that point on, Melson was a wounded soldier. But he survived and won a majority decision.

“Of all my fights, that’s the one that’s the most meaningful to me,” Melson concluded. “It confirmed what I’ve always believed about myself; that I can overcome the worst kind of adversity and do what I have to do to prevail. The idea of quitting kept trying to creep into my head. But I was able to block out worrying about my injury and stay in the moment when I couldn’t move my arm and didn’t know what had happened to me and suppress the fear and do what I had to do to win. Boxing is the ultimate experience for testing physical ability and intelligence under threat of the greatest adverse consequences possible short of death.”

Mike Tyson once said, “Everyone has a plan until they get hit.”

In combat, every commanding officer has a plan until his troops are attacked. Then things can change.

The idea of being punched in the face is frightening. And if it has happened before with adverse consequences, the idea of it happening again is even more frightening. But a bloody nose can prepare a soldier for far more serious battlefield wounds. And having learned how to face the fear of physical harm, soldiers are better equipped to face whatever else might come their way.

Thomas Hauser can be reached by email at [email protected] His most recent book – “A Hurting Sport: An Inside Look at Another Year in Boxing” – was published recently by the University of Arkansas Press.