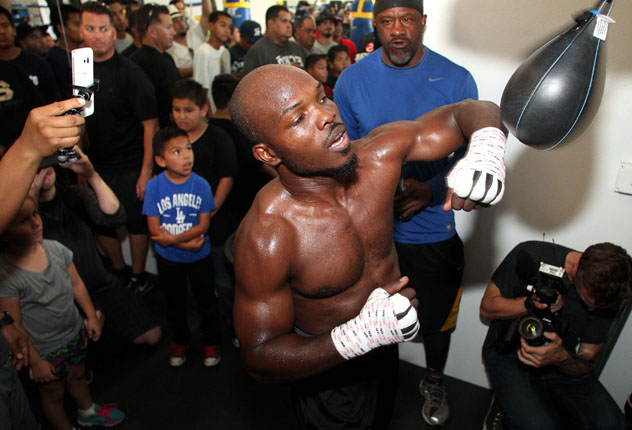 Timothy Bradley did not waste any time announcing who would be his new trainer.

One week after revealing he would no longer require the services of longtime trainer Joel Diaz, Bradley will now work with trainer and ESPN boxing analyst Teddy Atlas.

Atlas will be in Bradley’s corner on Nov. 7, when the WBO welterweight titleholder faces Brandon Rios at the Thomas & Mack Center in Las Vegas, Nev.

A press conference will take place next Wednesday to officially announce the bout.

Bradley shocked the boxing world when he announced the split from Diaz, who has trained him over the last 10 years. Their relationship seemed solid enough that the announcement caught everyone by surprise.

However, Bradley explained in an interview that he wanted a trainer who would work exclusively with him. Diaz trains Diego Magdaleno, Diego De La Hoya and a number of other fighters out of his Indio, Calif. gym.

Atlas will likely travel to Indio, which is near Bradley’s hometown of Palm Springs.

In his last bout on June 26, Bradley survived getting hurt in the 12th and final round to defeat Jessie Vargas by unanimous decision.

Atlas has worked with the likes of Mike Tyson and Michael Moorer but most recently trained heavyweight contender Alexander Povetkin a few years back.

Atlas will likely take a few days off from training Bradley when he will be calling the next ‘PBC on ESPN’ telecast from ringside in suburban Phoenix, Ariz. on Oct. 14.

Francisco A. Salazar has written for RingTV since Oct. of 2013 and has covered boxing in Southern California and abroad since 2000. Francisco also covers boxing for the Ventura County (CA) Star newspaper, Boxingscene.com, and Knockout Nation. He could be reached by email at [email protected] or on Twitter at FSalazarBoxing.