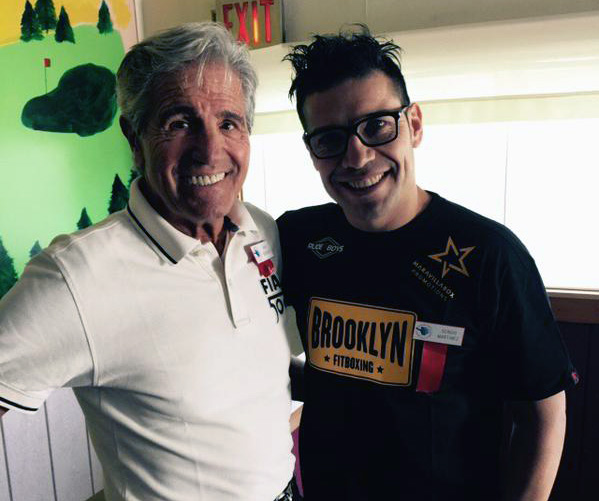 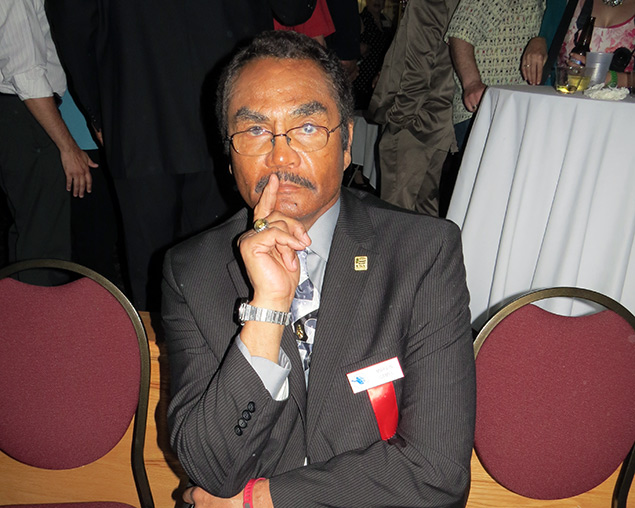 CANASTOTA, N.Y. – Marvin Camel made history when, on Dec. 8, 1979, he took part in the first world championship bout in the newly created cruiserweight division, traveling to Mate Parlov’s home nation of Croatia to fight for the vacant WBC title. Neither man left the arena with the belt that night after they battled to a 15-round majority draw.

Three and a half months later, the issue was finally settled when Camel, a 6-foot-2 southpaw, dominated the rematch to score a unanimous decision over Parlov at Caesars Palace in Las Vegas to become the very first king of the cruisers. It is a distinction of which he is justifiably proud, and something no one can ever take away from him.

But there is an aspect of Camel’s life and boxing career that is even more singularly separate. The son of a black father and a Native American mother, he grew up as one of 14 children in a mixed-race family on a reservation in Ronan, Montana. All six of the Camel boys (another son died in infancy) were taught to box by their father, a former sailor who had several amateur bouts in the Navy, but it was Marvin who went all the way to the top.

Although there have been professional boxing matches in Montana (Camel took part in 11 of them) and even championship fights (most notably Jack Dempsey defending his heavyweight title on a 15-round decision over Tommy Gibbons in 1923 in Shelby and Gene Fullmer retaining his middleweight crown on a foul-filled draw with Joey Giardello in 1960 in Bozeman), but Camel is the only Montana native to have become a world champion.

Here with his wife Norma on their first visit to the International Boxing Hall of Fame, the 63-year-old Camel, who now operates a lawn-care business in Orlando, Florida, hopes to change that someday by moving back to Montana to train prospective young boxers, especially those of Native American heritage. He is proud to be a member of the Confederated Salish and Cootemai Tribes, and recalls the succession of trainers who came to Montana to work with him and “left me after a year or so because there weren’t many other boxers in the state, and I didn’t want to move away.”

Camel’s compelling story is told in “Warrior in the Ring: The Life of Marvin Camel,” authored by Brian D’Ambrosio.

ACHES AND PAINS PART OF THE GAME

Former WBC middleweight champion Sergio Martinez has confirmed that, yes, he was not 100 percent fit when he entered the ring for his title defense against Miguel Cotto on June 7 of last year. But Martinez wants to make it clear that neither was he a creaky invalid, or “damaged goods,” whose supposedly wrecked right knee owed as much or more to his dethronement as did Cotto’s sharp performance.

“It is part of the sport for fighters to go into fights with some kind of injury,” said Martinez, who is here at the IBHOF for his fourth appearance during induction weekend. “Some we win, some we lose. I have won fights when I had aches and pains. But I did not fight that night with a major injury, nor would I have.

“The problem I had is that I got hit, and hit hard, in the first round (in which he was floored three times). That changed the course of the rest of the fight. I am not going to blame what happened on the knee. Cotto was just better than me that night.”

“GGG” TOO GOOD FOR HIS OWN GOOD?

Martinez and another former middleweight champion who is here for the Hall of Fame festivities, Nino Benvenuti, both think the proposed matchup of Cotto and Canelo Alvarez will be good for boxing, and that either man is capable of winning.

As for the Cotto-Canelo winner then moving on to a unification bout with WBA middleweight ruler Gennady Golovkin, however, Martinez and Benvenuti are agreed that it isn’t likely to happen because “Triple G” is simply too good and will continue to be ducked like a low overhang.

“I have a lot of doubts that the Cotto-Canelo winner will fight Golovkin,” Martinez said. “Actually, I am fairly certain it will not happen. There’s no way.”

Said Benvenuti, a 1992 inductee into the IBHOF: “The winner will never fight Golovkin. I cannot say I am 100 percent certain of that. Maybe 99.5 percent. It’s very simple. Golovkin is an airplane, everyone else is a helicopter. Golovkin is very, very strong. Maybe somebody who fights an intelligent fight might be able to beat him, but I don’t see it happening.”

SPINKS ONE WHOSE RETIREMENT STUCK

At 58, former light heavyweight and heavyweight champion Michael Spinks still looks like he could lace up the gloves and give anyone a tough time of it. But Spinks said there is one main reason why retired fighters keep coming back, and it wasn’t a big enough enticement for him to do the same.

“Money,” Spinks, who retired after his first-round knockout loss to Mike Tyson on June 27, 1988, said of the siren song that lures so many fighters back to the ring. “The pay is good if you get the right fight.”

Spinks said the idea of staging a comeback flitted across his mind, and right back out again.

“I thought about it,” he admitted. “I just never got around to trying to do it. Finally I had to let it go.”