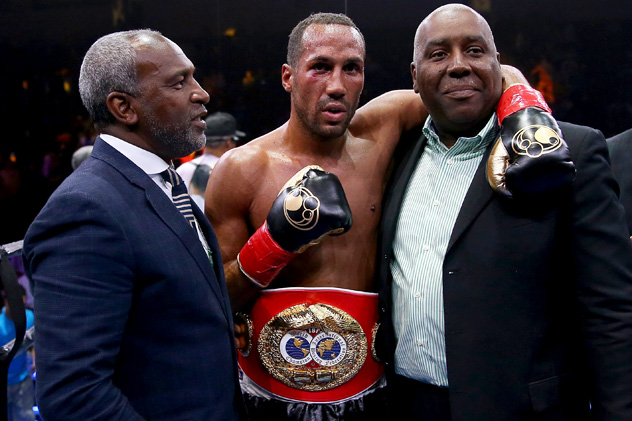 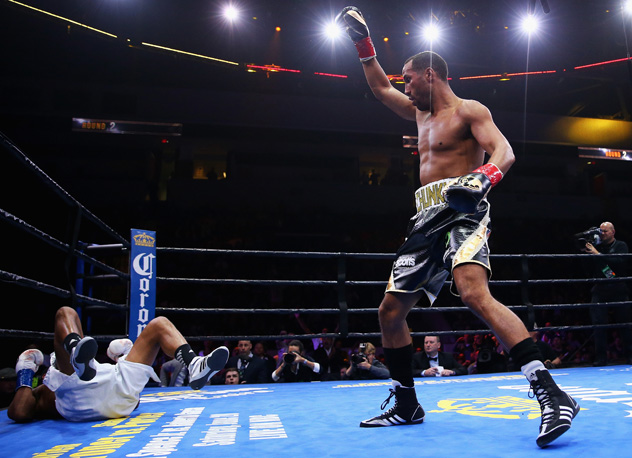 James DeGale scored two knockdowns en route to outpointing Andre Dirrell to earn the vacant IBF super middleweight title on Saturday in Boston. The 29-year-old London native, who dropped Dirrell twice in Round 2, won by scores of 117-109 (which was too wide in the opinion of most observers), 114-112, 114-112.

DeGale (21-1, 14 knockouts), who won a gold medal in the 2008 Olympics, was the aggressor during the first half of the bout, which was televised on NBC in the U.S., but Dirrell, a 31-year-old 2004 Olympic bronze medalist from Flint, Michigan, pressed the fight from Rounds 7 through 10. However, DeGale stepped it up in championship rounds and landed the harder punches in the final six minutes of the bout.

A full report from Boston will be posted shortly.