Raymundo Beltran stops Takahiro Ao in the second round 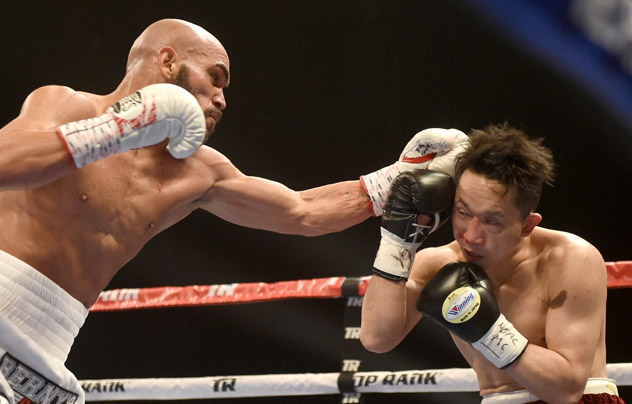 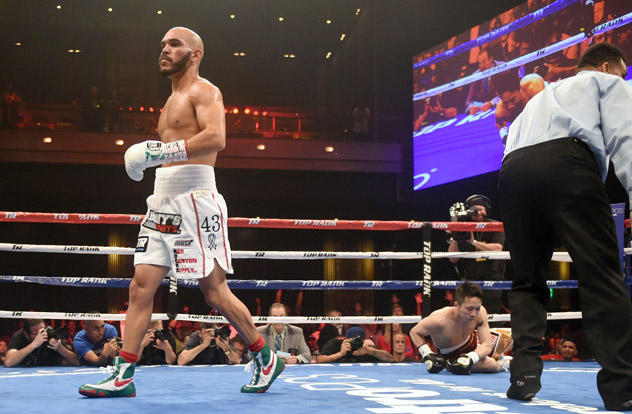 LAS VEGAS — Raymundo Beltran came, saw and conquered Takahiro Ao on Friday. Too bad for him he didn’t make weight.

Beltran tore through and then stopped his Japanese opponent in the second round at The Cosmopolitan but couldn’t claim the vacant WBO lightweight title because he failed to make the 135-weight limit.

Beltran will regret his mistake because his performance was nothing short of dominating, as he bounced back from a one-sided beating at the hands of Terence Cawford in November. Beltran (30-7-1, 18 knockouts) bullied his Japanese opponent and launched directly into the offensive from the opening bell. Ao (27-4-1) was simply unable to endure the assault as the visibly bigger Beltran moved him with every punch landed.

In the second round, a picture perfect right hand sent Ao sprawling to the canvas. Ao eventually made it to his feet but his legs and equilibrium weren’t working together as Beltran followed up with a wicked barrage of power shots, punctuated by a left hook that prompted referee Tony Weeks to call a halt to the fight at the 1:29 mark. 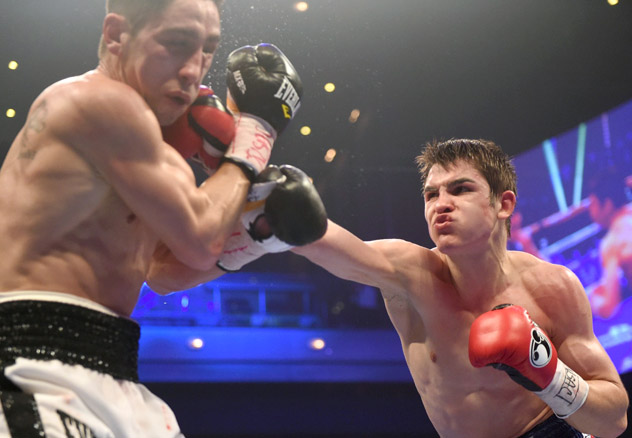 In a battle of unbeaten welterweights, it was expected that Mikael Zewski would take another step up the ladder by beating Konstantin Ponomarev. Ponomarev, however, had other plans.

In what can be considered an upset, Ponamarev (28-0, 13 knockouts) consistently beat the Canadian to the punch, made his face a mess and waltzed away with a unanimous decision. From the outset, the Abel Sanchez-trained Ponamarev kept Zewski (26-1, 20 KOs) fighting off of his back foot and scored multiple times with his right hook wrapping around Zewski’s gloves. Zewski appeared to be content with playing the role of counterpuncher but allowed his Russian foe to initiate the action.

By the middle rounds, there was some swelling around both of Zewski’s eyes from the shots he was unable avoid. But his strategy never changed and Ponamarev remained in control as he earned the nod with scores of 99-91, 97-93 and 98-92.