To be or not to (Eller)be…a Showtime fighter 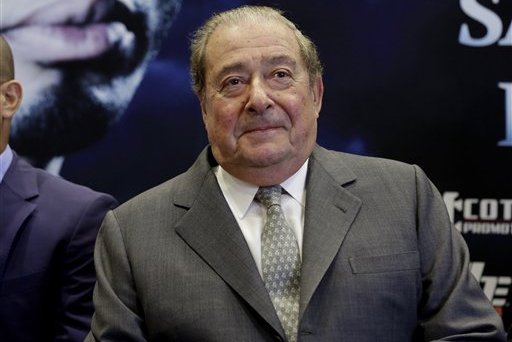 30
Apr
by Coyote Duran
He held his tongue. He does that now and again.

Top Rank Promotions’ Bob Arum told me after the Wednesday presser at the MGM that he was tempted to get into it, a bit of word warring, with Mayweather Promotions’ Leonard Ellerbe after Ellerbe boasted that Showtime has the top dog boxer in their fold, Mayweeather.

“That’s BS,” Arum told me. “When’s the last time Mayweather appeared on Showtime? He’s not a Showtime fighter! He’s a pay-per-view fighter. So you’re taking money from subscribers saying he’s Showtime fighter and he’s not. I wouldn’t say Pacquiao is an HBO fighter!”

When we look back on this promotion, I dare say we will recall Brooklyn Bob who was the most fiery and vocal of all the principals and their teams. 83, and he has zero inclination of dialing it back, bowing to the passage of time, and mellowing.